OTTAWA (Reuters) – Canadian Prime Minister Justin Trudeau on Tuesday pledged financial support for people affected by the coronavirus outbreak and said he was considering invoking a rarely-used emergency act to restrict the movement of people and goods. 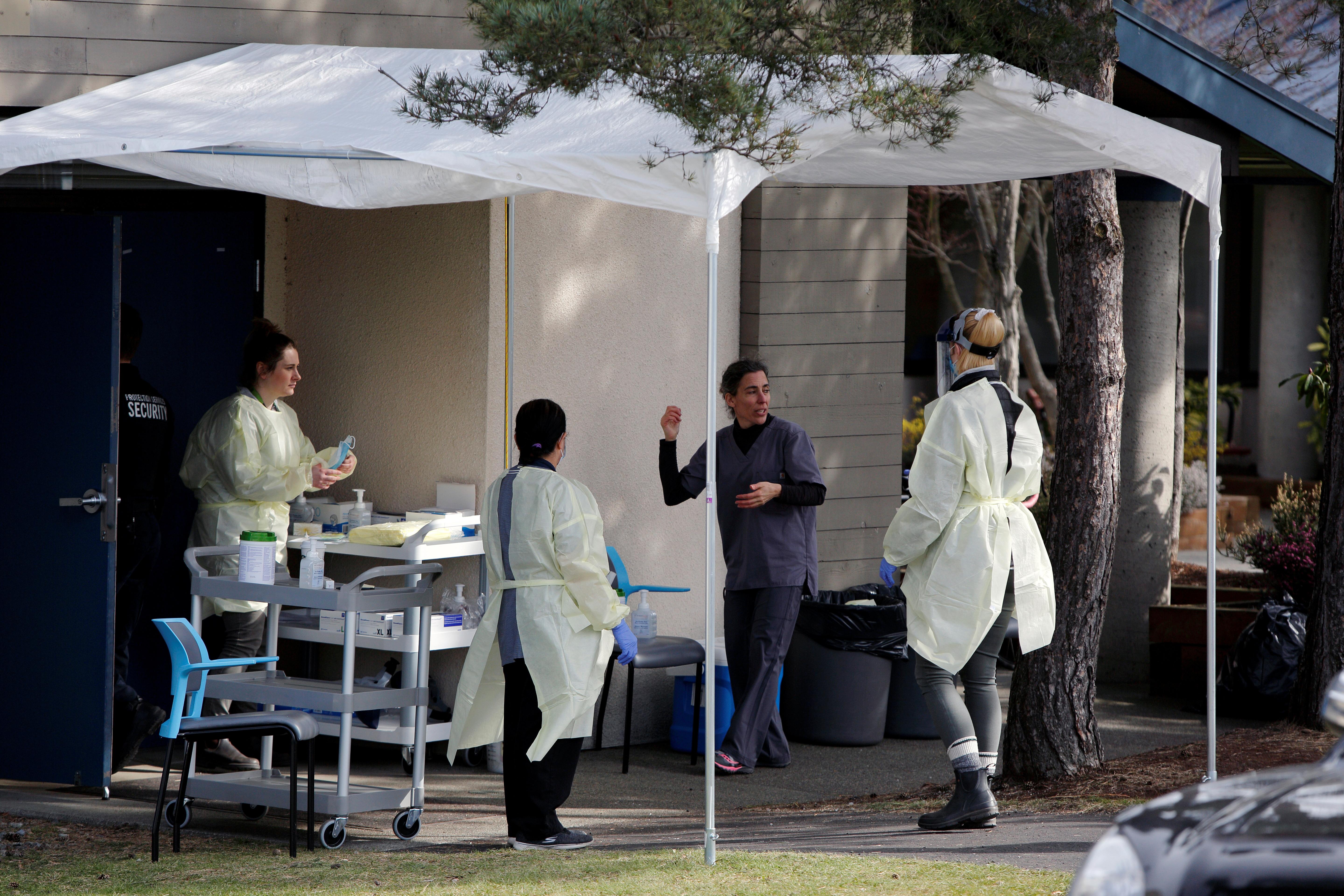 The death toll in Canada doubled to eight with three more deaths in British Columbia (B.C.) and the first in Ontario. There have been nearly 600 infections nationwide, including 83 new cases in B.C.

“We’re going to be flowing income supports to millions of Canadians,” Trudeau said in an interview with 680 News radio. Details will be outlined on Wednesday, he said.

Direct support for people who do not qualify for unemployment benefits and money for businesses that keep people on the payroll even if they stay home are among possible measures, Trudeau said.

In the meantime, “everyone who can stay home should stay home,” Trudeau said, “to prevent our medical system from getting overloaded” during a crisis that could last months.

As the prime minister spoke, LNG Canada, which is building a liquefied natural gas export terminal in British Columbia, said it was reducing staffing at the site by half.

Trudeau later told reporters he was examining whether to invoke the rarely-used 1988 Emergencies Act, which would allow Ottawa to override provinces and restrict the movement of people and goods.

He spoke after Ontario declared a state of emergency, banned gatherings of more than 50 people and ordered the closure of bars and restaurants. Ontario Premier Doug Ford committed C$300 million to boost the province’s healthcare system.

Deputy Prime Minister Chrystia Freeland said using the Emergencies Act was “a measure of last resort … We would never introduce it without careful consultation with the provinces”.

Ottawa announced on Monday the closure of borders to foreign citizens, excluding U.S. citizens. The province of British Columbia wants the ban imposed on Americans as well.

Trudeau spoke to reporters in front of his home, where he has been in quarantine since his wife tested positive for the new coronavirus last week.

Other measures to help Canadians could include greater access to credit for businesses, help for those struggling with mortgages, an increase in child-care benefits, and more support for low-income families. People will be given more time to file tax returns, he said.

Kenney said Alberta would announce its own economic measures soon, focusing on liquidity for households and businesses.

British Columbia, which less than one month ago forecast a fiscal surplus, is now likely to run a deficit, said provincial finance minister Carole James.