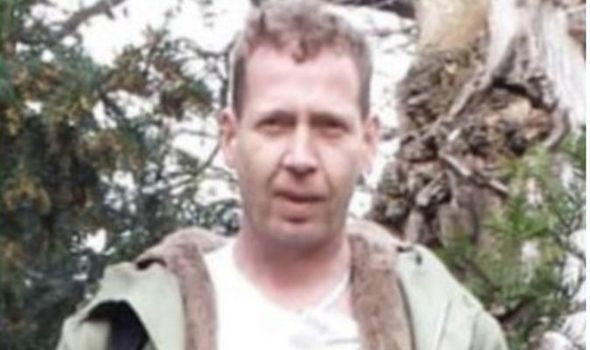 Stefan Trogisch, 44, a power line worker, disappeared in Berlin last September. His body parts were later found in a number of locations around the city.

Prosecutors claim Trogisch was murdered by maths and science teacher Stefan R, 41, who lived nearby.

The pair are set to have arranged to meet through a gay dating website on the night Trogisch went missing.

The secondary school teacher is accused of murdering Trogisch and dismembering his body with a saw.

Stefan R then allegedly ate part of his body and dumped some of his bones in various locations around Berlin.

Trogisch was reported missing by his flatmates on September 5 2020.

More body parts were found in the following days and police dogs led their handlers to Stefan R’s flat.

Police found 25kg of caustic soda, which can dissolve human tissue, in the apartment.

A saw and an empty freezer with traces of blood were also discovered.

As his trial started today, Stefan R refused to make comments regarding the charges against him.

One of his defence attorneys Kristina Beulich said: “He will not get involved at this point.”

The judge suspended the trial, which will continue on August 17.

The verdict is due on October 21.