Captain Tom, 99, raises $8 million with walk in his UK garden

LONDON (Reuters) – A 99-year-old war veteran has become a celebrity by raising at least 6.4 million pounds ($8 million) for Britain’s health service with a walk around his garden in the coronavirus crisis. 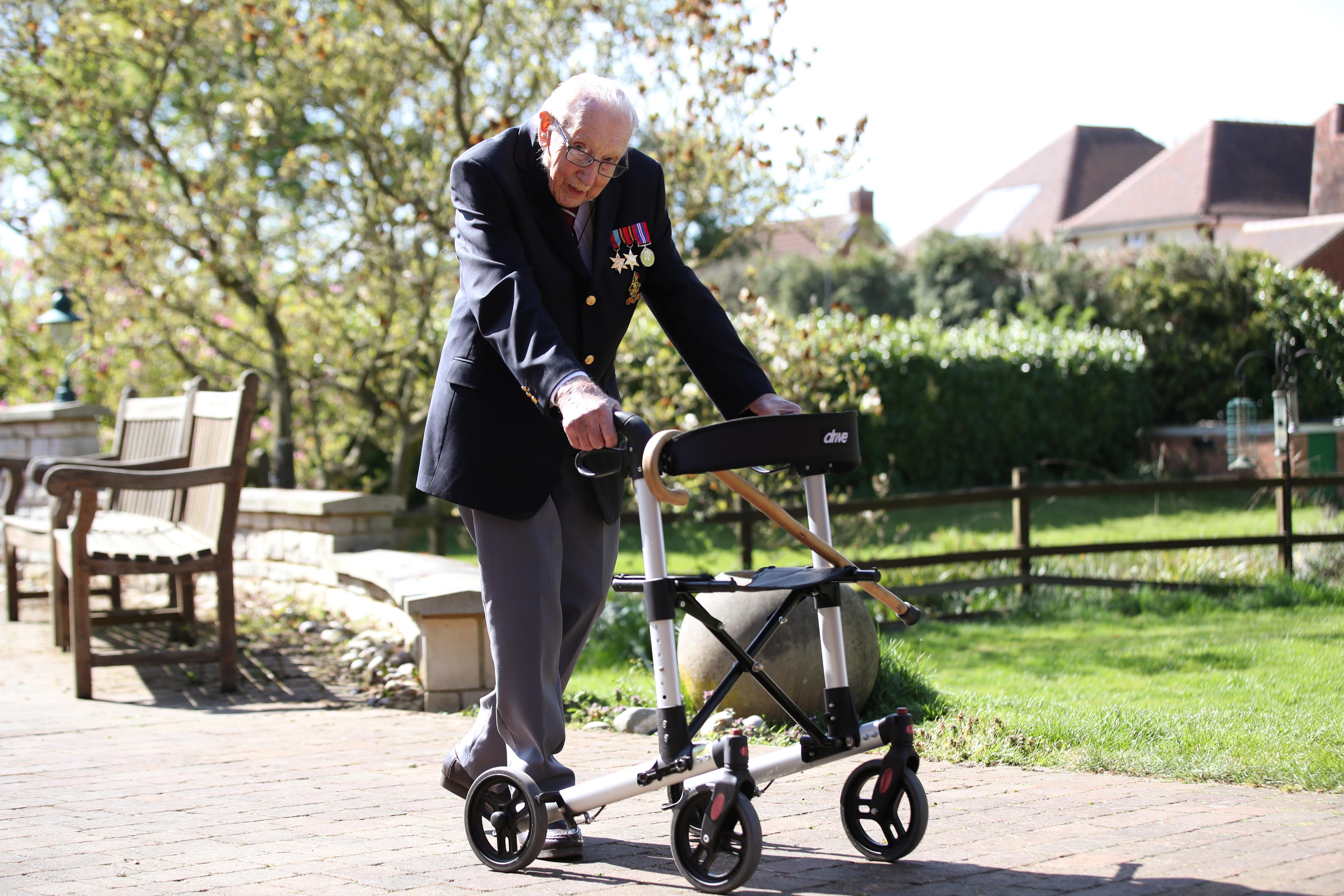 Retired army captain Tom Moore, who has used a walking frame to move around since breaking his hip, has set himself the target of walking the 25 metres around his garden 100 times before his 100th birthday later this month.

The story has lifted the hearts of a nation stuck in lockdown for the last month and weary of the relentless wave of grim news. So far, more than 12,000 people with COVID-19 have died in British hospitals, the fifth-highest total globally.

Moore had originally aimed to raise 500,000 pounds but that target has been smashed as media attention from around the globe has zoomed in on his garden in Bedfordshire, central England.

His son-in-law Colin Ingram said Moore wanted to give something back after receiving such good care from the state-run National Health Service (NHS) when he broke his hip two years ago and in subsequent hospital visits.

“It was literally just something we were doing in the garden to keep him walking on his recovery from his hip operation,” Ingram told Reuters of how it started.

“We said we’d give him a pound a lap, and thank goodness I didn’t say I’d match any money he raised!”

Moore, pictured with his campaign medals from his time as an army officer in Asia in World War Two, has featured on UK news programmes and front pages, and his family are fielding interest from as far afield as the United States, France and Australia.

Raising money for the NHS has given Moore a new lease of life, said his son-in-law, and the veteran has no plans to stop, even though he is due to hit his 100-lap target on Thursday morning.

“He’s coming down in the morning sprightly and loving it. If the public wants to keep on donating then he’ll keep on walking,” Ingram said.