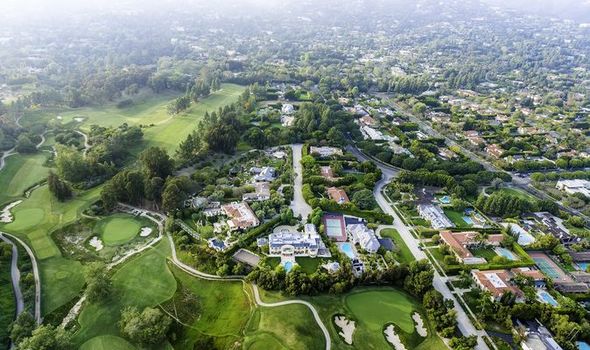 But Chief Stainbrook promised a town hall meeting of terrified locals: “I want people to know: Don’t come to Beverly Hills to commit crime. Our residents, our businesses, our tourists want to be safe and feel safe – and I know they don’t right now.”

And he revealed: “My ultimate goal is to have a full-time drone patrol that can respond at anytime, anywhere in the city,” adding that violent crime in the area rose “significantly” in the last year.

He said the new drone programme will initially focus on the business district but “will expand into other areas of the city”, including the residential area that witnessed a rare and shocking murder earlier this month.

Philanthropist Jackie Avant, 81 – wife of 90-year-old retired music mogul and film producer Clarence Avant – was shot and killed after disturbing an intruder at their mansion.

Her alleged murderer was arrested less than an hour later while attempting another home robbery in the nearby Hollywood Hills. He is behind bars awaiting trial for murder, attempted murder and robbery.

While many celebrities have their own security teams, others are arming themselves, with a reported 80 per cent increase in firearms sales in the famous 90210 post code area.

Resident Shirley Reitman said: “It’s gotten to the point where residents feel insecure going from their front doors to their cars. A lot are applying for a concealed-carry weapon permit.”

Neighbour Debbie Mizrahie said: “I’ve always been anti-gun, but I am right now in the process of getting shooting lessons because there may be a need for me to defend myself and my family.We’re living in fear.”