Street protests paused as gov’t declares state of catastrophe, but movement continues with pots and pans, other methods. 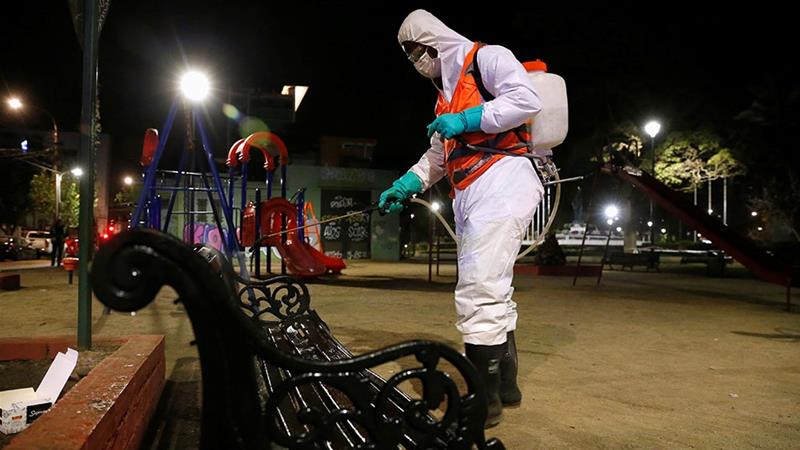 Antofagasta, Chile – Chilean president Sebastian Pinera declared a 90-day state of catastrophe Wednesday to address the spread of COVID-19 in the country, which has 238 confirmed cases of the novel coronavirus.

“In these times of crisis, the health of all Chileans is at risk,” Pinera said Wednesday.

The measure, which will take effect at midnight, is “to prepare ourselves to properly confront the steps to come during this pandemic,” he said.

Pinera did not detail specific measures to be implemented under the state of catastrophe, saying its primary purpose was on protecting and facilitating medical attention, supplies, transport and quarantine enforcement. The armed forces will be able to collaborate with health officials, he said.

By law, a state of catastrophe puts the armed forces in charge of public order and security and enables military control of the movement of people and goods. Military officials will be able to issue direct instructions to public employees and local governments and establish measures deemed necessary to maintain public order, including curfews.

Maria Soledad Guerra celebrated the news, and she hopes the government will go further and instate and enforce a complete lockdown to keep people inside. The more people continue to circulate and congregate, the more her life is at risk.

Guerra’s husband and kids do not approach her when they come home. They take off their shoes and clothes, shower and change. Anything they may have touched on the way in is immediately disinfected. Then, they come over to greet her.

“I have lived my whole life like this,” she told Al Jazeera. “This is nothing new for people like me.” 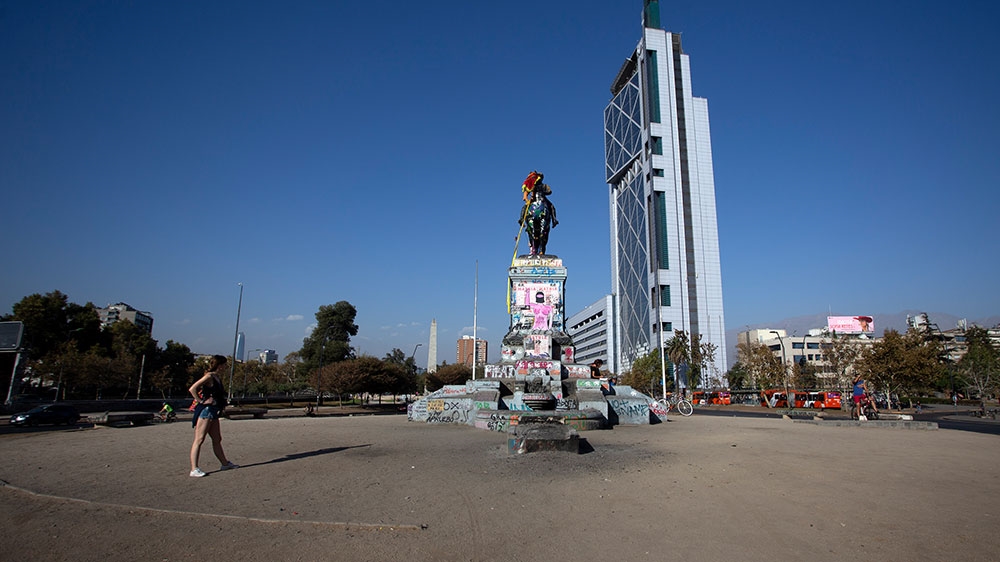 Guerra has primary ciliary dyskinesia, a rare genetic condition that primarily affects the respiratory tract. Now 44, she spent much of her childhood in the hospital, and has had to return many times since.

Any infection or illness can easily become life-threatening for Guerra and others at high risk for various medical conditions or age. Guerra usually self-quarantines at home from April to August during the worst of the flu season, but she started earlier this year due to coronavirus. She is somewhat bored and very concerned that some people are taking no precautions.

“I think people lack awareness,” she said. “They feel healthy, so they think it is fine, but their actions could kill me.”

Guerra thinks part of the problem is that many people have no faith in anything the government says or does at this point. A political crisis has rocked the country for months, and Pinera’s approval rating has been hovering around 13 percent.

Distrust with the government

The state of catastrophe announcement Wednesday coincided with the five-month anniversary of nationwide mass protests against structural inequality. High school student protests in October sparked months of protests for systemic change, including the overhaul of education, health and pension systems.

Police crackdowns on protests have resulted in thousands of arrests and injuries. More than 30 people have died in connection with the crisis, and four killings were attributed to members of the military during an initial nine-day state of emergency.

Ten days ago, more than a million women took to the streets for International Women’s Day protests and feminist strike actions. But after confirmed cases of COVID-19 began to spike, evening pots-and-pans noise demonstrations have now returned as an alternative to in-person protests. 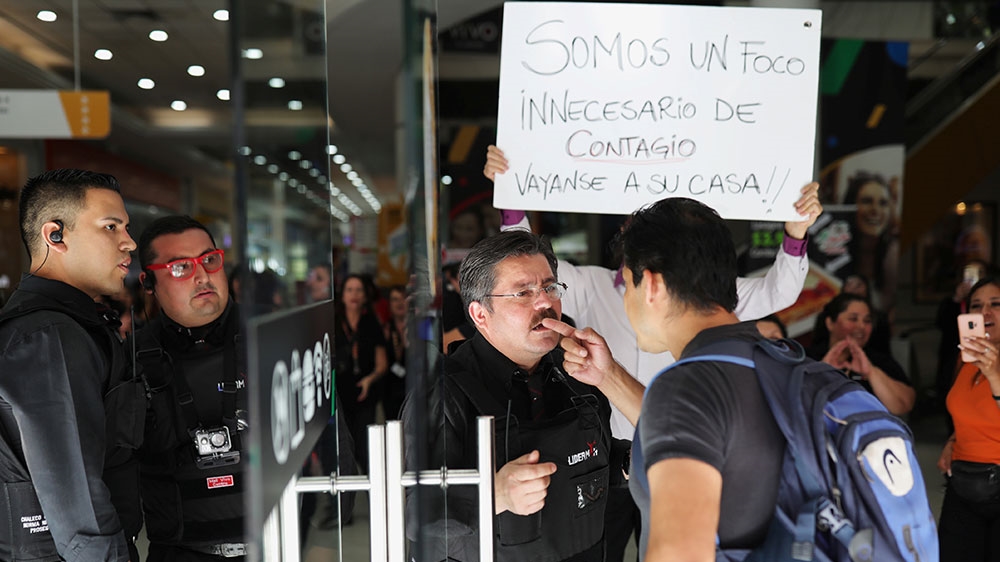 Nearly two-thirds of Chileans do not think the government’s response to coronavirus has been timely or adequate, according to a poll Monday, but other leadership has emerged. The authorities the public most trusts to manage the situation are mayors, with 75 percent support, followed by the National Doctor’s Association.

Several mayors, most of them from political parties belonging to Pinera’s ruling alliance, have been in the spotlight, enacting local restrictions before and beyond the national government, which has pushed back against attempts to close shopping malls.

The National Doctor’s Association has been calling for more drastic measures for days to enforce social distancing, meeting with and advising the government, mayors, and political parties across the ideological spectrum. Its leaders frequently inform the public about the situation, preventive measures and recommendations, refuting scepticism and calling for unity.

As a professional body that documented and condemned human rights violations and injuries amid crackdowns on protests, the National Doctor’s Association has legitimacy among many sectors and protesters inclined to distrust government information and intentions.

“Those are the people with authority in Chile,” Guerra said of the association’s president and leadership.

Social movements have paused protests for the time being to focus on the health crisis and unite behind the recommendations of the National Doctor’s Association and other professionals. Some are underscoring the importance of widespread protester demands, including free universal healthcare.

For Barbara Astudillo, a feminist environmental activist in the drought-stricken Petorca province north of Santiago, the key issue has always been water, and even more so now that frequent hand washing is key to limiting the spread of coronavirus.

“The state of catastrophe measure allows the deployment of the armed forces,” Astudillo told Al Jazeera.

“But I am still waiting for [the government] to guarantee access to water,” she said.

Water was privatised in Chile during the 1973-1990 military dictatorship. In Petorca, avocado plantations are well irrigated but Astudillo and many residents only have access to limited water rations trucked in for household consumption. Cows, goat and sheep that provide a livelihood for many have been dying.

“We live without water and now, a pandemic,” said Astudillo. “Dealing with both battles is complicated.”

As is the case with many protesters and social movements, Astudillo and other organisers in Petorca are using their organisational capacity for public health awareness and community support.

“We are living under a model that attacks us in a thousand ways,” said Astudillo. “We have to raise collective awareness to take care of each other.”