The sandstorm covered the Chinese city and grounded more than 400 flights. The thick blanket of brown dust from the Gobi Desert was pushed into Beijing by heavy winds. The China Meteorological Administration announced a yellow alert due to the sandstorm on Monday morning.

The sand spread from Inner Mongolia into the provinces of Gansu, Shanxi and Hebei, which surround Beijing.

Mongolia was the worst affected region and currently has more than 340 people considered missing as a result of the sandstorm as well as 6 people dead.

Beijing resident Flora Zou told Reuters:  “It looks like the end of the world,”

READ MORE: China threat: Davis warns Beijing trying to ‘pick us off one by one’ 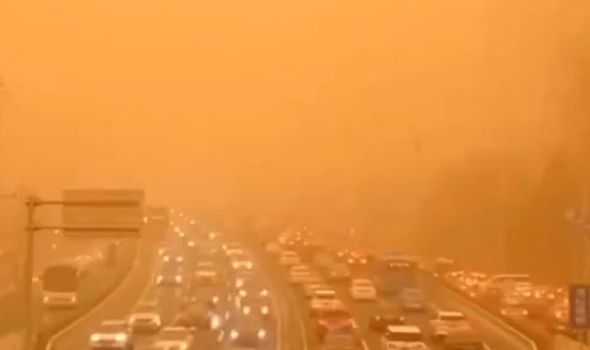 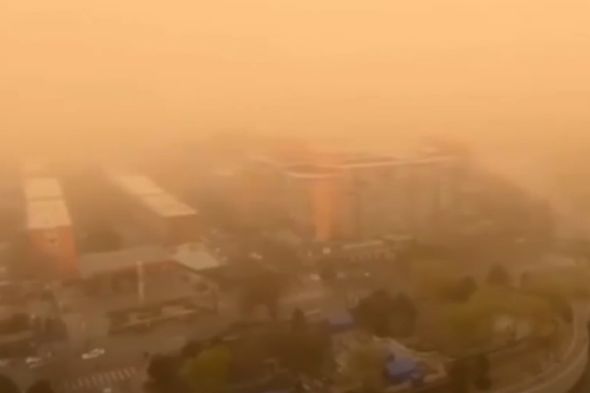 She added: “In this kind of weather I really, really don’t want to be outside,”

Viewers of the sandstorm footage took to social media to share their thoughts.

“After two weeks of smog and static air, strong wind carries a sand storm in,”

Another tweeted: “After a week of lung-choking industrial pollution in Beijing, China’s capital wakes up to a gritty, orange mess: a sandstorm blown in from the Mongolian desert that sends air pollution levels off the charts – well beyond the 999 maximum on scales.

“Not unheard of, but rare.”

A third said: #Sandstorm Beijing in spring is waking up to these dusty, yellow skies and a gritty feeling in the mouth.

“A seasonal sandstorm from the north.” 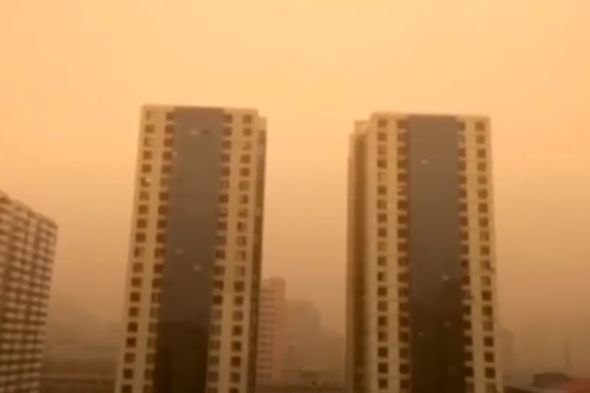 A fourth wrote: “Being outside in the middle of a Beijing sandstorm is always a weird experience: ‘Why is it so apocalyptically dark when it’s 11am?'”

Another tweeted: “The strong sandstorm reduced visibility to less than 500 yards and is the strongest dust and sand weather affecting China in almost 10 years.”

BFM news said: “Beijing and parts of northwestern China were covered in thick dust brought by heavy winds blowing in from the Gobi desert.

“The sandstorm caused an unprecedented spike in air pollution measurements.”