Stretching more than 13,000 miles, the series of fortifications were constructed along the northern borders of ancient Chinese states, and Imperial China, as protection against various nomadic groups from the Eurasian Steppe. Several walls were built from as early as the seventh century BC, with parts later joined together by the first emperor of China, Qin Shi Huang, and successive dynasties added to these. But National Geographic’s documentary ‘Secrets Of The Great Wall’ revealed how experts made a stunning breakthrough after studying a section of the wall built by the Ming dynasty.

Lead archaeologist Dr Allan Maca said: “The latest technology is revealing that the wall is far more than a simple barrier.

“It’s a complex military system, the big question is, just how far does it stretch?

“Using satellite images, we can reconstruct how the Ming wall extends far to the west – from mountain ranges through wild grasslands and into the barren desert.

“At its end, where the Ming stopped building, a huge construction, far greater than any of the thousands of towers along the way. 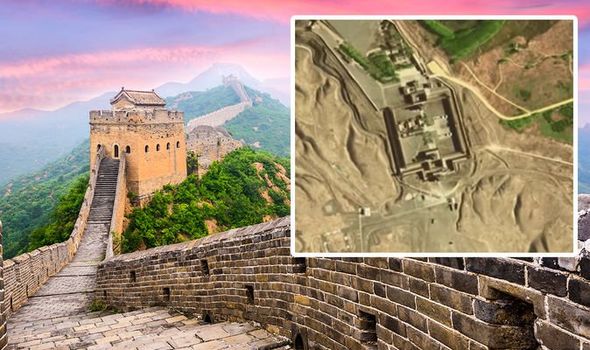 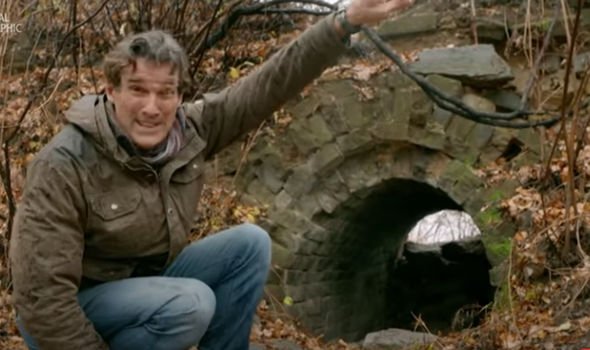 “What is it? And what was it for? To find out, I’m going to follow the wall to a far-flung corner of western China.”

Heading to the Gobi Desert, Dr Maca made a stunning find.

He added: “Just over here I can see stretches of the wall.

“The feat of engineering required to build something so far out here in this barren desert boggles the mind.

“After hours following the wall, something massive emerges from the desert haze – a mighty fortress. 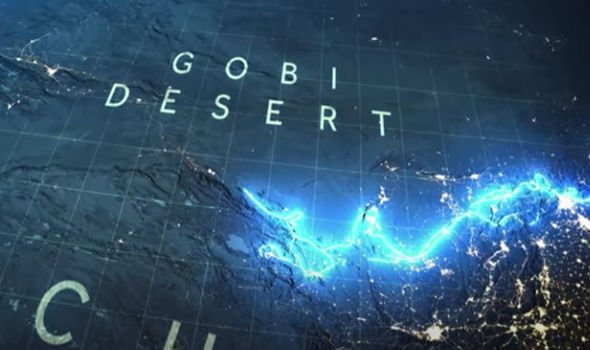 “Today, the modern city of Jiayuguan is nearby, but 600 years ago it would have stood alone in a desolate wilderness.

“I never imagined I would see something like this all the way out here in western China.”

The expert explained how the fortification would have been used 600 years ago.

He continued in November: “This incredible structure is the wall’s final gateway.

“Here, you really get a sense of the ambition, the engineering and the immense power of the Ming.

“A deep moat, walls up to 36 feet high and watchtowers on every corner form three layers of defence. 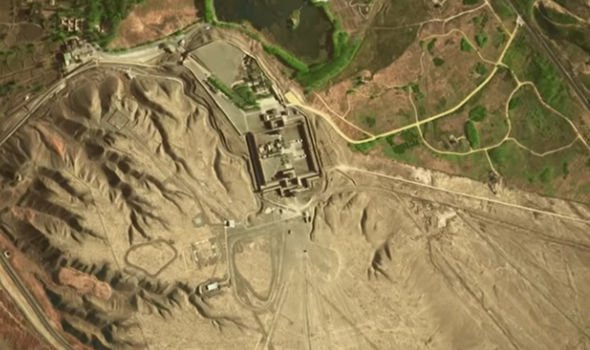 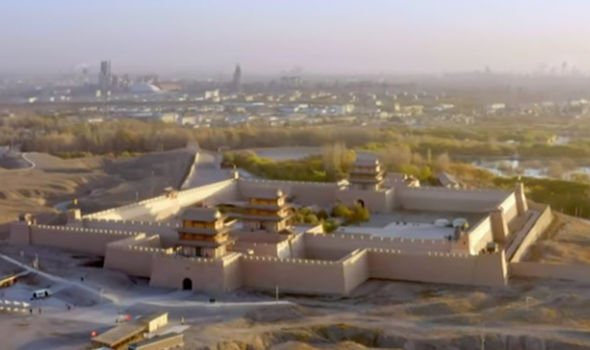 “Even if the enemy did make it inside, there are traps designed to create devastating kill zones.

“It is an ingenious military strategy.”

The Great Wall was built for protection, but its other purposes included border controls, allowing the imposition of duties on goods transported along the Silk Road, regulation or encouragement of trade and the control of immigration and emigration.

The defensive characteristics of the Great Wall were enhanced by the construction of watchtowers, allowing the ancient civilisation to pass on messages through smoke and fire.

Today, the structure is still recognised as one of the most impressive architectural feats in history.

The sections of the Great Wall around Beijing are especially famous, they are frequently renovated and are a popular tourist attraction.