China's Wuhan, where the coronavirus emerged, begins to lift its lockdown

WUHAN, China (Reuters) – The Chinese city of Wuhan, where the coronavirus outbreak first emerged, began lifting a two-month lockdown on Saturday by restarting some metro services and reopening borders, allowing some semblance of normality to return and families to reunite. After being cut-off from the rest of the country for two months, the reopening of Wuhan, where the epidemic first erupted in late December, marks a turning point in China’s fight against the virus, though the contagion has since spread to over 200 countries.

Among those on the first high-speed trains allowed into the city on Saturday morning was Guo Liangkai, a 19-year-old student whose one-month work stint in Shanghai stretched to three months due to the clamp down on movement.

“It makes me very happy that I can see my family,” Guo told Reuters after being greeted by his mother at the main station.

“We wanted to hug but now is a special period so we can’t hug or take any actions like these.”

Authorities took draconian measures to stop people from entering or leaving the industrial city of 11 million people in central China. Families were confined to their homes. Bus and taxi services were shut, and only essential stores were allowed to remain open.

“I think the resumption of work represents a kind of hope. It at least shows that China is victorious,” said Zhang Yulun, 35, returning to Wuhan for work.

China’s National Health Commission said on Saturday that 54 new coronavirus cases were reported on the mainland on Friday, all involving so-called imported cases. Mainland China now has 81,394 cases, with the death toll rising by three to 3,295, the commission said.

Wuhan accounts for about 60% of China’s coronavirus cases, but they have fallen sharply in recent weeks, a sign that the measures are working. The last confirmed locally transmitted case of the virus in Wuhan was on Monday.

With the United States, Italy and Spain and other countries now battling soaring infections, China is focusing on the risk posed by imported cases – most of them Chinese returning home.

But even with the decline in cases and loosening of restrictions, Wuhan authorities were taking few chances.

Staff, some in full-body protective gear, and volunteers bustled around the railway station in the morning, setting out hand disinfectant and putting up signs reminding travelers they need a mobile-phone based health code to take public transport.

A worker walked through one metro train carrying a signboard reading: “Wear a mask for the entire journey, people should not gather and when you disembark please scan the health code.”

“Everyone is taking the right precautions. So, there shouldn’t be a problem,” Yuan Hai, 30, a passenger on a reopened metro line said when asked about the risks. “But you have to be careful.”

The existence of an unknown number of asymptomatic carriers of coronavirus in China has raised concerns among the public that lifting the restrictions may release thousands of people who could still be spreading the virus that causes COVID-19, without knowing they are sick.

Life in Wuhan remains far from normal. The vast majority of shops are shut while bright yellow roadblocks remain. Wuhan will not let people leave the city until April 8. 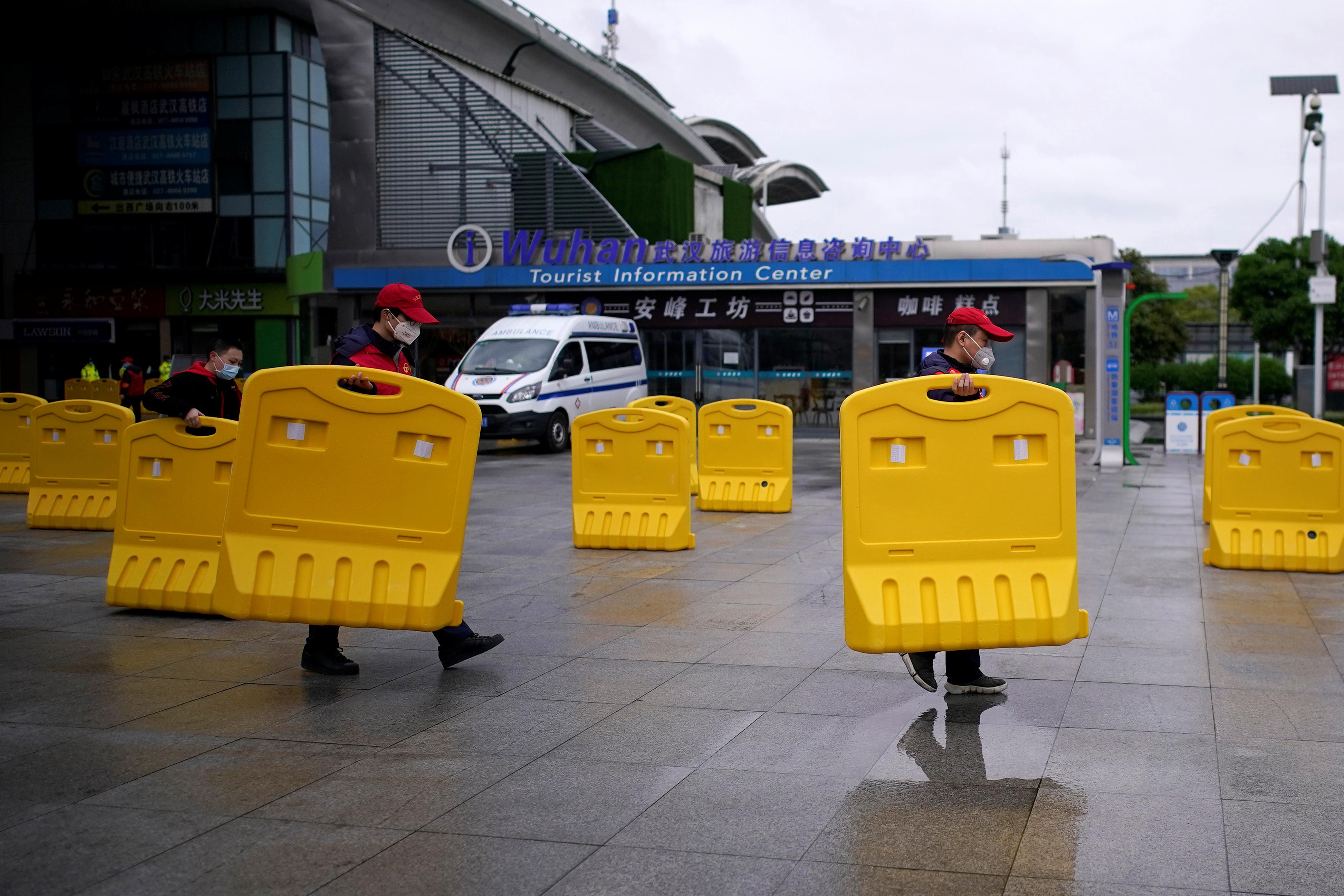 Some people at the railway station, such as a woman who only gave her surname as Zhang, said they were there to see if there was any chance people could leave earlier.

Her grandson came to visit her for the week-long Lunar New Year holiday in January and has been separated from his parents in the southern city of Shenzhen ever since. With schools there possibly reopening, she hopes he can get back soon.

“He was supposed to leave on the fifth day (of the holiday) but has now been here for a few months,” she said.