City of Winnipeg does U-turn on controversial U-Pass cuts

Some controversial proposed cuts to the City of Winnipeg’s budget have been reconsidered, based on a vote at the city’s executive policy committee on Wednesday.

One of those changes is to the U-Pass transit program, which is now set to stick around for post-secondary students in Winnipeg after budget documents initially proposed to scrap the program.

Members of EPC voted to renew it at a 50 per cent discount, although students still have to pay more.

“What we’re proposing today is students pay a rate of $160 per semester. That would move up to $200 per semester,” city finance chair Scott Gillingham told 680 CJOB.

“So that would really, now, ultimately be up to the students to decide if this would be acceptable or not.”

The cancellation of the U-Pass program was a hot-button issue, as students at both the University of Manitoba and University of Winnipeg had voted in record numbers to continue the service shortly before the budget was released.

University of Manitoba Students’ Union (UMSU) president Jakob Sanderson has been a vocal advocate for the necessity of the U-Pass, and in a tweet Thursday he said “advocacy works,” after the city appeared to back down due to public pressure.

Sanderson said the result wasn’t a complete success, however, as the increased rate will negatively affect students, but he pledged to continue to be involved in discussions going forward.

“If you’re disappointed about the increased rate so am I,” he tweeted.

“We will work going forward with our board to determine the next steps and how to facilitate a decision on whether this rate is accepted.

“But today is a time to breathe, a time to revel in the successes we did have, to commend ourselves for the work we did, and to realize our work is not, and never will be over.”

Councillor Matt Allard (St. Boniface) publicly apologized to Sanderson, and post-secondary students in general, on Twitter for what he called a “mistake”.

Other changes from the previously released budget include a 14-per cent reduction to Leisure Guide programming instead of a 50 per cent cut, and the six public libraries currently open on Sundays will continue to do so between September and May.

Gillingham said the money to avoid the cuts was thanks, in part, to the province.

“The funding, really for those, comes from an anticipated reduction in the provincial sales tax,” he said.

“Because the province has announced that they intend to reduce the provincial sales tax, that means a savings of $3.3 million in the city’s operating budget over the next four years.” 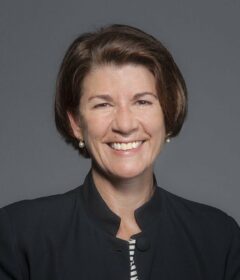