I’m outside Houston in Texas watching many tonnes of rubbish being dumped, compacted and buried.

Nowhere quite represents a consumer-driven and disposable culture like this.

Everyday, rubbish is ditched – along with the responsibility for it. 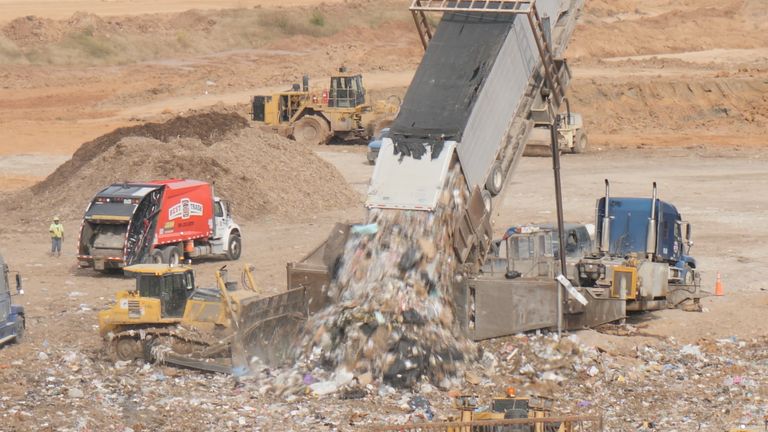 But collectively it remains our problem, or one for generations to come.

And in consumer-obsessed America, the scale is quite something.

I’d not visited a landfill site before. Up close they are an overwhelming sight.

With the site manager, I watch as more land is cleared and holes dug for more and more waste.

Huge trucks shuttle in and out. The average American produces nearly a ton of rubbish every year. That’s three times as much as the average Britton. 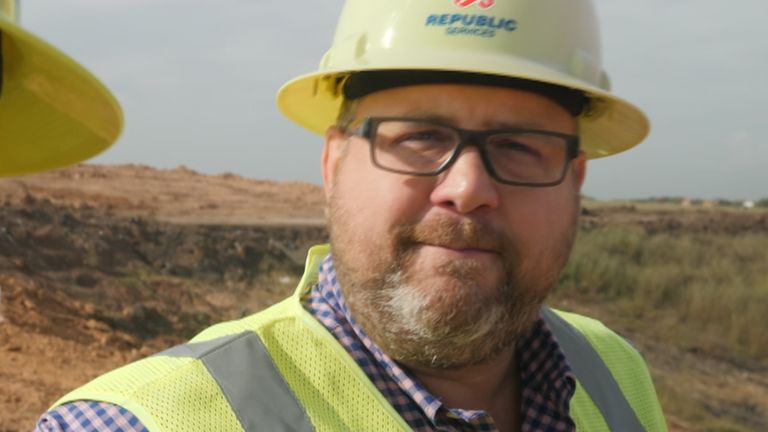 Globally we are seemingly unstoppable generators of waste, which is why management is so vital.

And that’s what’s brought us to this particular site: Blue Ridge Landfill, to the south of Houston.

As he takes me for a drive around, it’s clear he loves his job. He’s proud too of a process that, despite wider flaws caused by our consumer culture and failures in regulation, is, he says, sustainable. 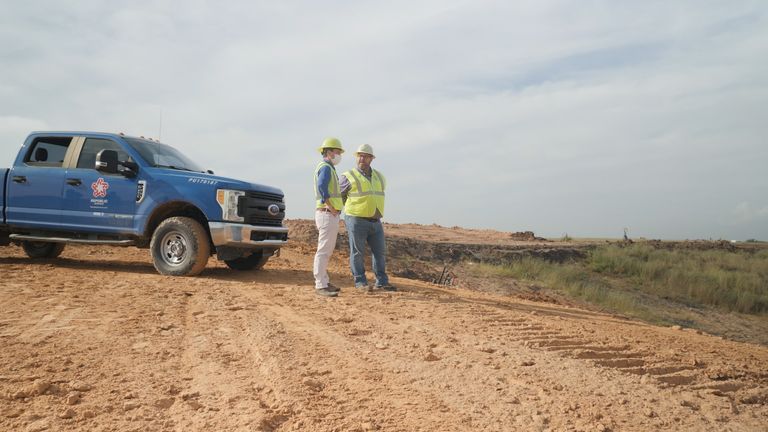 “My passion for landfills is that I can affect change. It affects our community, it affects being a good neighbour, it affects the environment,” Mr Pedersen tells me.

“You know, I am directly affecting the world my daughter is going to grow up in,” he says.

It’s striking how green much of this vast site is. Areas that were once open landfill are now covered, sealed and topped with pasture. I watch a farm tractor cutting the grass and there’s even wildlife – geese and the famous Texas Longhorn.

Under the grass is tonnes of waste in various states of decomposition and dotted all over the landscape are small black pipes poking out of the ground. This is methane capture in action. We hear a lot about methane emissions from the oil and gas industry, and even more about how cows and the cattle industry are contributing to emissions of the potent greenhouse gas.

But unmanaged, our own rubbish, as it decomposes, can contribute huge quantities of methane into the atmosphere helping to warm our planet faster than carbon dioxide.

In America alone, landfill accounts for nearly 20% of human-caused methane emissions which over a 20-year period is 80 times more potent than carbon dioxide. 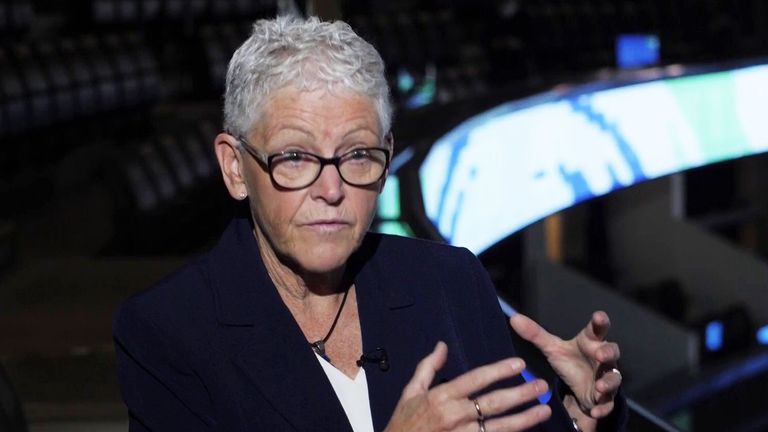 But here at Blue Ridge they are operating a system of methane capture that’s increasingly common across the developed world.

The tonnes and tonnes of waste brought to the site is flattened and compacted on top of a plastic shell which lines the landfill. Eventually, the section of landfill is sealed and pressurised. 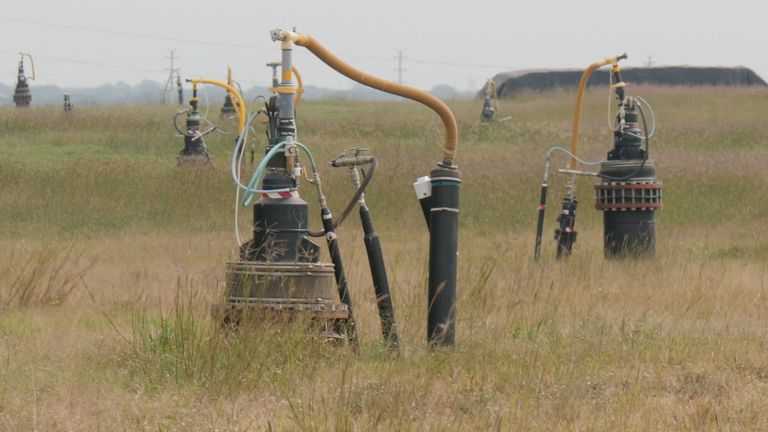 The site’s environmental manager, Raymond Whitlock, explains how the methane can be sucked out using a series of wells which dot the landscape and puncture the pasture.

“The example I like to use: if you imagine a milkshake, the straw in the milkshake; the milkshake’s your landfill, the straw is the extraction well; you exert the vacuum using your mouth or in our case a blower system and the contents is removed,” Mr Whitlock says.

A series of underground pipes take the extracted methane to a refinery on the edge of Blue Ridge. There it is cleaned, purified and sold on to power cars and heat homes.

According to U.S. Environmental Protection Agency, this plant has the capacity to reduce annual greenhouse gas emissions equivalent of more than 51,000 cars on local roads. 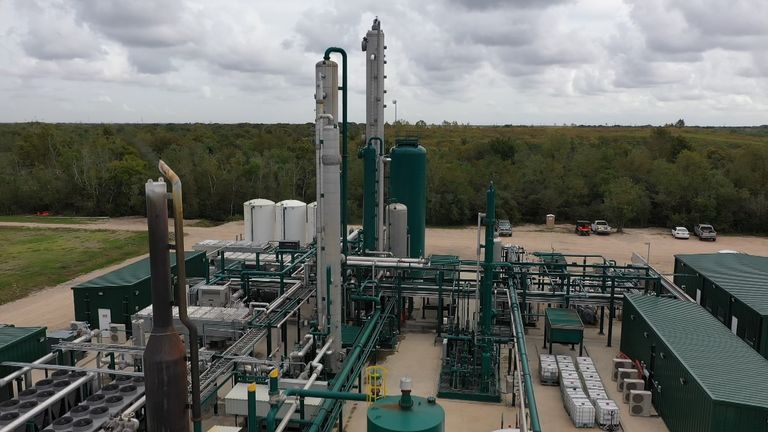 It’s not all good news, though.

While Blue Ridge is a success in its efforts to capture methane, it also illustrates a much bigger societal problem.

The amount of plastic and cardboard at the site is staggering. America’s record at recycling is appalling.

Between 2015 and 2018 the rate actually fell from 34% to just 32% according to figures from the Environmental Protection Agency. In the UK, the recycling rate is about 45%.

But in methane capture, Blue Ridge is an impressive success story. They use a technology increasingly deployed around the developed world and it is having an impact in slowing global warming.

And yet beyond, in the developing world, it’s an ever growing challenge requiring investment and funding.