Temperatures have dropped in recent days, with a flurry of snow, sleet and hail hitting parts of the UK over the weekend. Now, more cold weather is on the way, with the beginning of April forecast to be chilly.

On Sunday, parts of Essex were caught in heavy hail and show showers, as was the north of England.

On Monday, lows of -4C were recorded in Trawsgoed, Wales with lots of cloud throughout the day.

Much of the UK saw intermittent showers, but some sunshine as well.

Today will be another day of showers, cloudy skies and cold weather but with some sunny spells, particularly for the South of England. 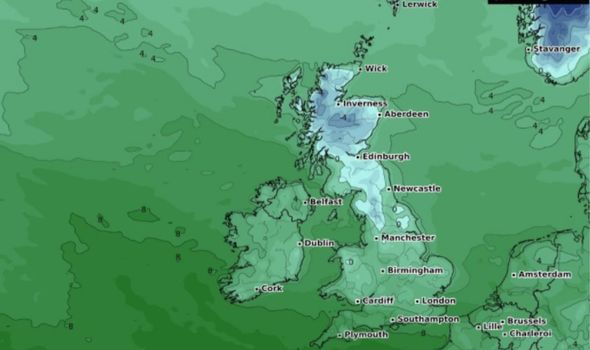 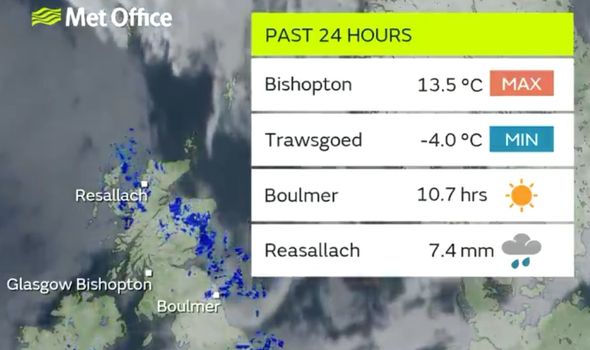 As April arrives, much of the country will be cloudy and temperatures in the high single figures.

Met Office spokesman Oli Claydon said most areas would be “only just below” the March average of 8.8C.

He said: “There will still be some showers on the east coast through today but the freezing level has gone up in altitude quite considerably, so they will be falling as rain.

“There has been a little bit of snow this morning in the early hours but we are now really into rain showers along the east coast rather than snow – except for the much higher ground in the far north of Scotland.” 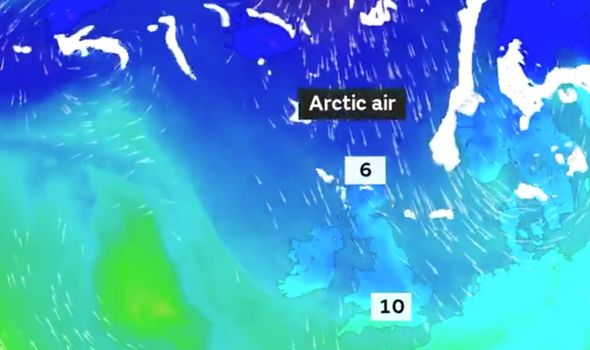 Maps from WXCharts show temperatures plunging again to -4C, with heavy snow over the north of England and entirety of Scotland on Thursday evening.

The Met Office forecast predicted gales and snow showers which will affect northern Scotland on Thursday.

The forecasters wrote on Twitter: “After a bitter wind this past #weekend, it will be less cold for a time this week, ahead of a short-lived cold snap for Thursday and into Friday.”

A blast of Arctic air will hit the UK on Thursday, pushing colder weather across the country into Friday.

This Arctic air is what will bring the snow showers to Scotland and cold temperatures elsewhere.

Now, bookmakers Ladbrokes have cut odds on this being the coldest April on record.

With temperatures dipping, the bookies have cut odds from 7/4 to just 5/4 on April entering the record books as the coldest ever.

Ladbrokes spokesman Alex Apati said: “The odds are tumbling with the temperatures as we strap ourselves in for a record-breaking cold April.” 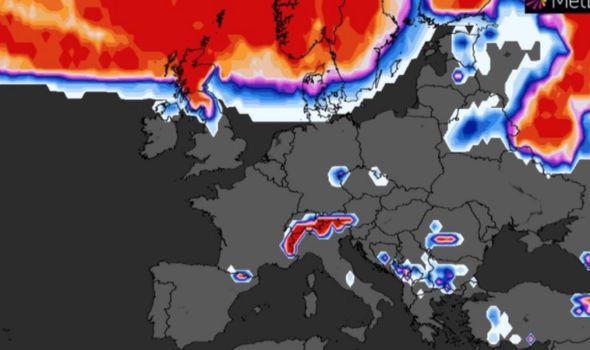 Often cloudy for many northern parts of the UK but still some sunny spells here whilst southern parts see the best of the sunshine.

Some showers likely, most frequent over parts of Scotland and some exposed parts of northeast England.

It will be cloudy for many with a few showers likely.

Clearer and colder in the south of England with frost likely.

Cloudy for much of the UK with a few showers and some sunny spells, the best of these in the south.

Outlook for Thursday to Saturday