Austria’s president has apologised for breaking his government’s own coronavirus lockdown rules by staying out at a restaurant long after its mandatory closing time.

Alexander Van der Bellen has offered to pay any fine issued to the restaurant owner after police discovered him at the venue in the capital Vienna almost an hour and a half after it should have shut.

Mr Van der Bellen wrote on Twitter (translated): “I went out to eat for the first time since the lockdown with two friends and my wife. We then chatted and unfortunately missed the time.

“I am truly sorry. It was a mistake.” 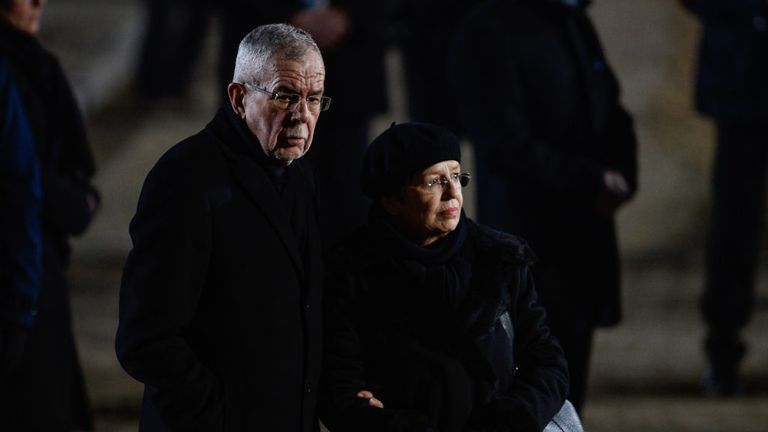 According to the Kronen Zeitung newspaper, Mr Van der Bellen and his wife were found with drinks on their table in the garden of the Italian restaurant at 18 minutes past midnight on Sunday morning.

Under Austria’s coronavirus restrictions, which were eased earlier this month, restaurants are only allowed to let customers on the premises between 6am and 11pm.

There was some debate among legal experts on Monday about whether he had actually broken the law, as he did not step on to the premises after the 11pm curfew started, but rather remained where he was after it had begun.

Austrian newspapers have suggested it is theoretically allowed for customers to remain in a restaurant after the curfew begins, so long as the venue is clearly closed, the kitchen and bar are locked, and no food and drink is served.

The Vienna city administration said on Monday that police were aware of all the relevant facts and a decision over whether to take action would follow after the responsible district offices had examined the details.

In order for Mr Van der Bellen to be sanctioned, any action against him would need to be approved by the Federal Assembly, according to Kronen Zeitung.

While Austria was quick to enforce a lockdown to combat COVID-19, it has also been among the first European countries to begin loosening restrictions.

Gatherings of up to 10 people have been allowed since the start of May, while public parks, small shops and garden centres have been open since late April.

There have been just over 16,500 confirmed COVID-19 cases in Austria and 641 deaths, according official worldwide figures being tracked by Johns Hopkins University.