Home » World News » Coronavirus in India: What we know about world's largest lockdown

Coronavirus in India: What we know about world's largest lockdown

India has extended the weeks-long lockdown, but relaxed rules in areas with a lower number of cases. 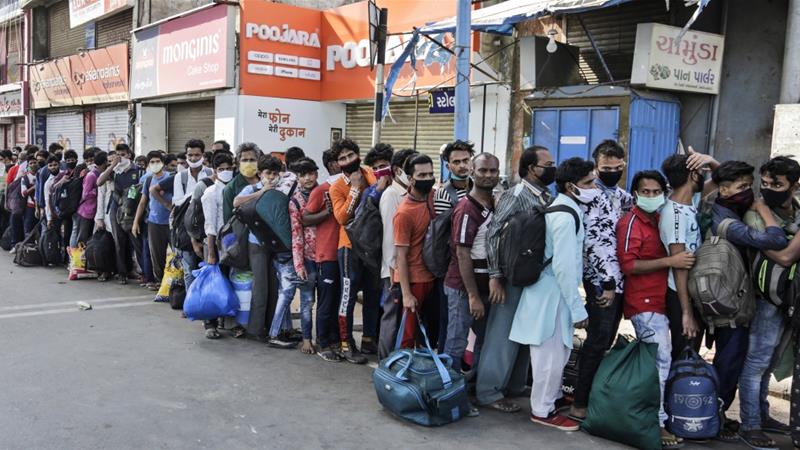 Coronavirus cases in India reached 100,000 on Tuesday, a day after the government extended the lockdown even as the rate of increase of new infections showed little sign of slowing.

India’s worst affected areas include the financial hub of Mumbai, capital New Delhi, southern state of Tamil Nadu and the western state of Gujarat. The nationwide lockdown, the world’s largest affecting 1.3 billion people, was on Monday extended until the end of May.

The pandemic has killed nearly 319,000 people worldwide, with more than 4.8 million confirmed cases, while recoveries have surpassed 1.7 million, according to figures compiled by Johns Hopkins University.

On Sunday, the Indian government extended the lockdown yet again, but relaxed rules in areas with lower number of cases and allowed state governments to issue their own guidelines on some matters.

Delhi and some state governments ordered the reopening of public transport on Monday in a further easing of a nearly two-month coronavirus shutdown.

Under the new rules, buses, taxis and three-wheelers will return to the streets of New Delhi but with restrictions. Buses will not carry more than 20 passengers, each of whom will be screened before boarding, Chief Minister Kejriwal said.

“Corona[virus] will stay, and we will also survive,” Kejriwal said, outlining the new guidelines for the city of 20 million people that has one of the highest numbers of coronavirus cases in the country.

Local markets and small businesses reopened and industrial and construction activities resumed across many regions.

The southern state of Karnataka, home to technology hub Bengaluru, also lifted some restrictions on the movement of trains, taxis and buses within the state. Transport from outside the state will remain suspended except for essential services.

But in a bid to ease the economic pain, restaurants will now be allowed to operate for takeaway services. Sport complexes and stadiums are permitted to host events – but without spectators.

Experts say that coronavirus cases will rise in coming weeks with 4,970 new cases reported in the last 24 hours.

India’s number of cases has easily outstripped that of China, where the virus emerged late last year and which has been one of Asia’s infection hotspots.

China has reported nearly 84,000 cases but has kept its daily rise in new infections to single digits for the past week.

In contrast, new cases in India have risen by an average of more than 4,000 a day over the past week, according to a Reuters tally based on official data, despite a severe weeks-long lockdown.

Mumbai, the capital of the western state of Maharashtra and epicentre of coronavirus infections in the country, is facing an acute shortage of hospital beds for severely ill patients and is grappling to scale up capacity, officials said on Monday.

Mumbai reported 1,185 new infections on Monday, of which nearly 40 were from the Dharavi slum area, taking the number of patients in the city to 21,152, with 757 fatalities.

Maharashtra is home to one-third of the total coronavirus cases in the country. 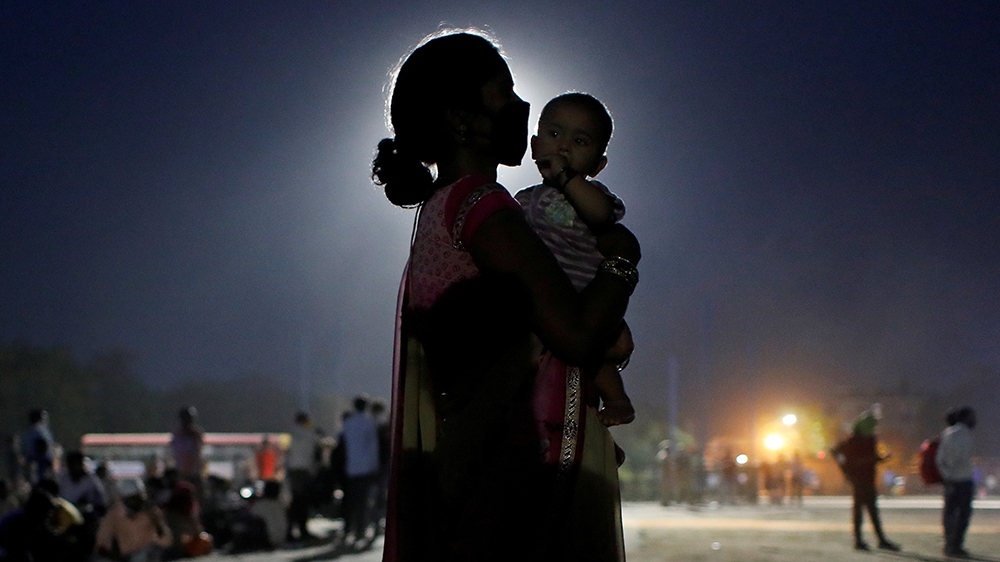 India’s strict lockdown has sparked a humanitarian crisis, with hundreds of millions of migrant workers stranded in cities across the country battling hunger and government apathy.

With no work and little public transport, many urban migrants attempting to return to their home villages have set out on gruelling journeys on foot or hitched rides in the back of trucks.

At least 23 migrants were killed trying to reach their homes on Saturday when a truck carrying them crashed in northern India.

Sixteen migrant workers died on May 8 after being struck by a train. They had fallen asleep on the tracks while walking back to their village after losing their jobs in the coronavirus lockdown, police said.

Mohammed Javed who worked in Bhiwandi city as an auto-driver was left with no work.

The 35-year-old died on the spot, highlighting the humanitarian cost of the lockdown.

His wife, Ambareen Javed and her two sons – six and eight – survived. Ambareen’s right hand was fractured in the accident.

Ambareen said her husband was her only support. They could barely meet their ends with Mohammed’s daily earnings of 300-400 Indian rupees ($4-5.3).

With no saving and no one else to support her financially, Ambareen has been left to the mercy of benefactors. She told Al Jazeera over the phone that no government official reached out to her.

“The government should give some compensation so that I can raise my children. I do not know how will I feed my children,” Ambareen told Al Jazeera from a Mumbai hospital where she was taken after the accident.

In the southern city of Chennai, construction worker MD Rustom queued along with hundreds of others for a bus and train trip back to the eastern state of Bihar, some 2,000km (1,243 miles) away.

The government has also faced scrutiny for lack of transparency in making health data public.

The government of Prime Minister Narendra Modi has been criticised for its handling of coronavirus crisis and moving slowly to help workers still stuck in cities more than 50 days after the lockdown was imposed.

Authorities have now stepped up efforts to help migrants reach their hometowns, with the government relaxing conditions on railway services.

The government says it has been overwhelmed by the sheer scale of the crisis and that it is doing whatever it takes to help people and revive the economy.

On May 12, Prime Minister Modi announced 20 trillion rupees ($266bn) in fiscal and monetary measures to support the economy battered by weeks-long lockdown.

The government also said it would provide free food grains to millions of migrant workers hit by the lockdown as well as offer employment under a rural jobs programme.

The government will spend 35 billion rupees ($463m) on food for nearly 80 million migrant workers over the next two months, Finance Minister Nirmala Sitharaman told a news conference on Thursday.