COVID-19 came late to Russia but it is definitely here now.

The case numbers have spiked sharply, quadrupling over the past 10 days to propel Russia into the top 10 most infected countries worldwide with cases in every Russian region, though the epicentre is still in Moscow.

The death rate is low.

As of Monday, the regulator Rospotrebnadzor had recorded more than 47,000 cases with just 405 deaths. 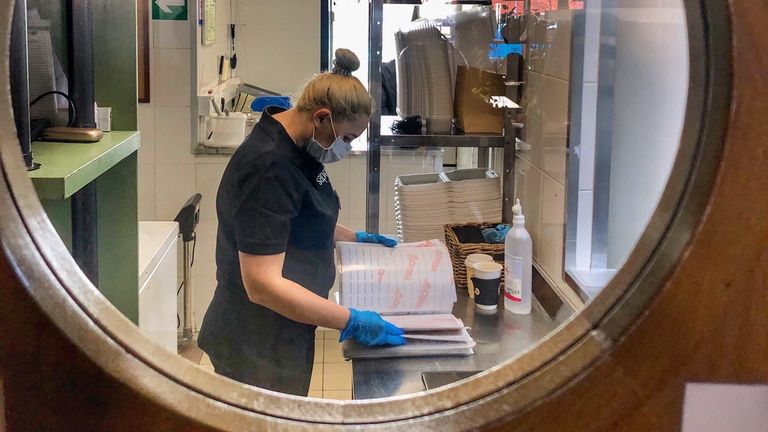 Russia closed its border with China at the end of January and watched as the virus worked its way around the globe, seemingly with scant interest in the largest country on earth.

That should have given the Kremlin time to absorb lessons learnt the hard way elsewhere.

Now comes the reckoning. Will Russia go the way of Germany, with mass testing and a low mortality rate, or will it fare less well?

Russian healthcare is not on a par with Germany’s, but if “test, test, test” is the key to fighting this virus, then Russia has worked hard to scale up capacity.

The regulator says it has carried out a massive two million tests, over 100,000 a day now across a network of state and private laboratories. The UK is aiming to reach that figure by the end of April at the earliest.

There is a wealth of testing offerings. Online retailer Ozon is selling home tests to Moscow residents for 4.9 thousand roubles, just over £50.

Technology giant Yandex, which has a ubiquitous taxi and delivery arm, has announced a special service to ferry laboratory staff to the homes of over-65 year olds to test them for COVID-19.

A number of private laboratories offer drop-in tests for anyone not showing symptoms and who is not considered at-risk.

Those who are should call the COVID hotline and deal directly with the state healthcare system.

“Mainly people come to us to make sure they do not pose any threat to friends, families or colleagues,” says Ivan Kolobov, who runs one of private clinic Hemotest’s 31 Moscow branches.

He says around 80 people are coming into his clinic for testing each day, mostly sent by their employers to make sure they are still fit for work.

An all clear on the polymerase chain reaction (PCR) test is a very temporary result. It does not preclude people from picking up the virus the moment they leave the clinic.

There is also a propensity for false negative results if the infection is still at an early stage and the viral load is too low to be identified.

The PCR system Hemotest uses is an early version developed by the Vector State Research Laboratory based in Novosibirsk, Siberia, and there have been questions over its sensitivity.

“It’s not the best, but it’s not the worst either. We are more or less in the frame of foreign tests,” said Rimma Boyko, a project manager at Hemotest. She said Vector’s new version is more sensitive but it hasn’t filtered down to them yet. 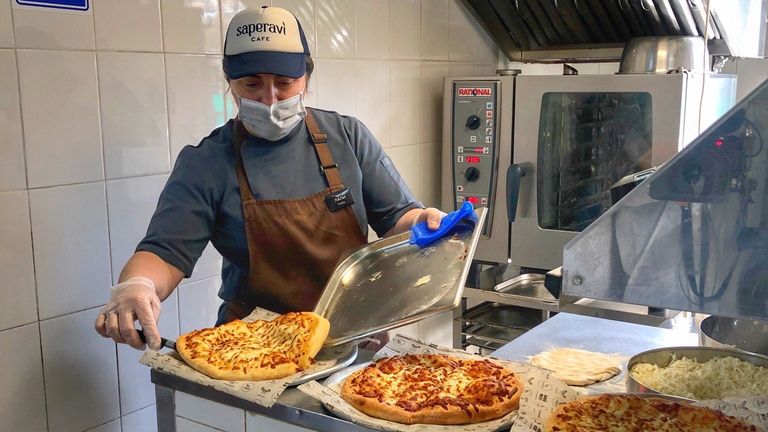 Russian biotech is scrambling to come up with improvements. Generium pharmaceutical has developed a 40-minute express test based on isothermal amplification which was registered earlier this month.

“It’s either one or two orders of magnitude higher than the current PCR tests, or it’s more or less the same as the most advanced PCR,” said Dimitri Poteryaev, Generium’s chief science officer.

“Right now I think there are nine or 10 tests, two isothermal amplification, and the eight commercial PCR tests which are registered in Russia but only very few companies can scale up the production as much as we need.

“Hopefully we can scale it up to four million tests per month.”

Faster results will also ease the backlog in laboratories and allow for more widespread testing.

Rospotrebnadzor has also registered an antibody test developed by Vector and began testing last week but there has been little fanfare around it.

That may have to do with the realisation the World Health Organisation gave voice to that there may be no immunity against COVID-19, so a test to tell whether someone has had the disease will not help.