Coronavirus: New York and LA on lockdown as world reacts to spread of COVID-19

New York’s mayor has ordered restaurants, bars and cafes to only sell food on a take-away or delivery basis as the city battles to halt the spread of COVID-19.

In a written statement, he said: “This is not a decision I make lightly. 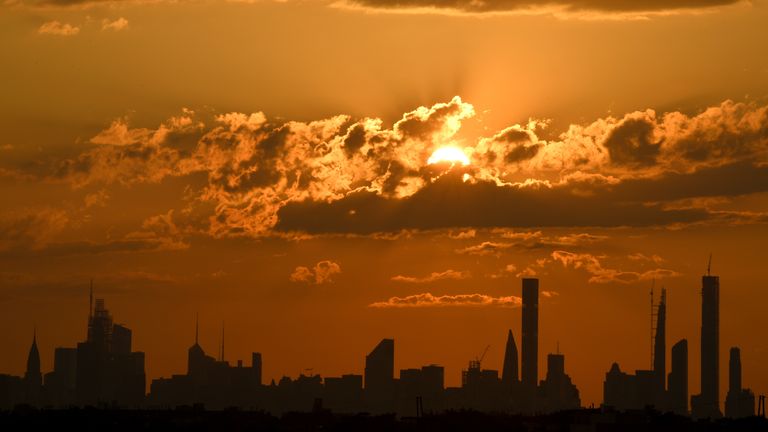 “These places are part of the heart and soul of our city. They are part of what it means to be a New Yorker. But our city is facing an unprecedented threat, and we must respond with a wartime mentality.”

The decision comes just hours after Donald Trump urged the public to stop hoarding groceries during the coronavirus outbreak, telling Americans to “take it easy” and “relax”.

During a briefing, the president also hailed the “very good news” that the Federal Reserve had slashed its benchmark interest rate by a full percentage point to a target range of 0% to 0.25%.

US officials have recorded nearly 3,000 COVID-19 cases and 62 deaths linked to the virus.

A new round of restrictions and border closures have been announced globally.

This came shortly after the country’s Tyrol province followed Italy and Spain, barring people from leaving their homes except for essential errands and work.

Neighbouring Slovenia said it would shut down all public transport starting today and planned to shut all but food shops and pharmacies.

Estonia and Latvia confirmed they would close their borders to foreign nationals, except residents, from Tuesday.

Turkey has put aside quarantine beds for more than 10,000 people returning from pilgrimage to Islam’s holy sites in Saudi Arabia. 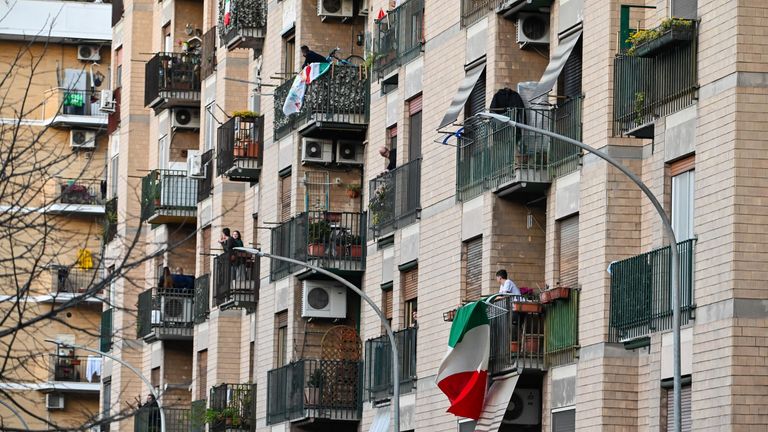 The transport ministry banned passengers from taking ferries to the island of Sardinia, and also banned overnight train trips – which many in the worst-affected north had been taking to reach homes and families in the south.

Nearby Morocco has suspended all international flights.

France, which has reported 4,500 cases and 91 deaths, went ahead with nationwide elections to choose mayors and other local leaders despite a crackdown on public gatherings. 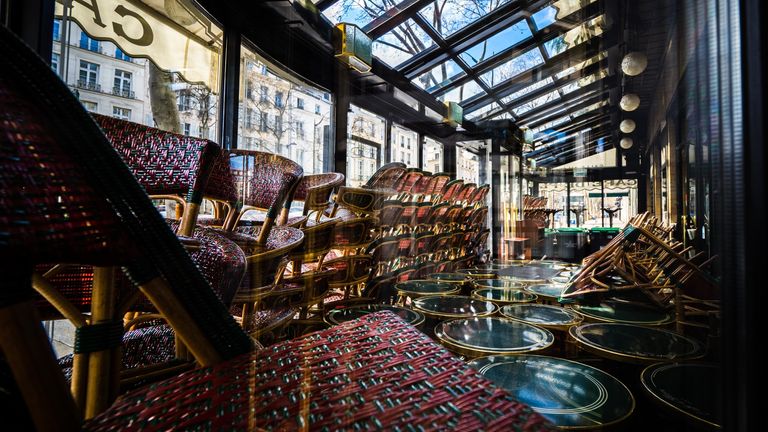 The state of Bavaria in neighbouring Germany, which had reported nearly 3,800 cases and eight deaths nationwide as of Saturday, also went ahead with municipal elections.

There were tough steps being taken in southeast Asia too, with soldiers and police sealing the densely populated Philippine capital Manila from most domestic travellers, in one of the region’s most drastic containment measures.

In Indonesia President Joko Widodo asked all people to work, study and worship from home.

In China, where the virus was first detected, those arriving on overseas flights were routed to a converted exhibition centre for initial checks before being shuttled off to their homes or other quarantine locations.

China, Italy, Iran, South Korea and Spain are the countries with the most cases.

In the Middle East, Muslim authorities announced that Jerusalem’s Al-Aqsa mosque, Islam’s third-holiest site, would be closed indefinitely due to concerns about the outbreak, with prayers continuing to be held on the sprawling esplanade outside.

Iran said it had nearly 14,000 virus cases and 724 deaths, while Egypt has reported 110 cases, including two fatalities.

Israeli prime minister Benjamin Netanyahu’s trial on serious corruption charges, which was supposed to begin this week, was postponed for two months because of restrictions on public gatherings.

Guatemala has logged its first fatality from coronavirus as nations in South and Central America ramped up measures to contain the infection, with Panama banning entry of non-resident foreigners and Honduras closing its borders to passenger traffic for a week.

The leaders of Argentina and Peru also announced border closures.

South African declared a national state of disaster and warned the outbreak could have a “potentially lasting” impact and banned gatherings of more than 100 people.

Kenya suspended travel from any country with reported COVID-19 cases.

In West Africa, Ghana will ban entry from Tuesday to anyone who has been to a country with more than 200 coronavirus cases in the past 14 days, unless they are an official resident or Ghanaian national.

In southern Africa, Namibia ordered schools to close for a month after recording its first two cases.

Djibouti, which has no confirmed case of COVID-19, has suspended all international flights and Tanzania cancelled flights to India and suspended school games.

Sky News will broadcast a special programme at 6pm, with experts answering your questions #AskSkyNews at 12.30pm