The India Meteorological Department (IMD )confirmed that the powerful storm made landfall at 10.30pm local time (3.30pm BST) on Monday. The “extremely severe cyclonic storm” has been dubbed the worst the country has seen in 20 years.

The IMD tweeted on Monday: “At 2230 IST – centre of the cyclone now lies overland about 20kms East-northeast of Diu.

“The landfall process will continue for next 2hrs.”

More than 200,000 people were evacuated from their homes in Gujarat on the west coast. 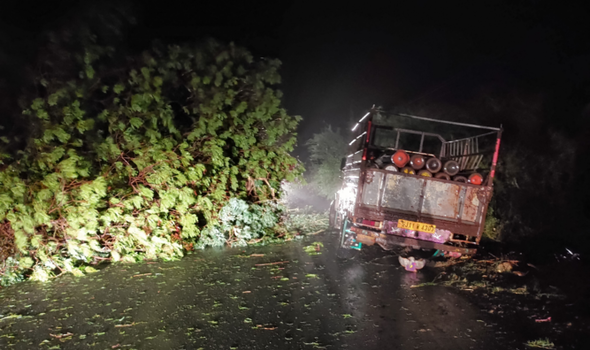 Ports and an airport in the state were shuttered as the cyclone approached the region.

The storm has so far caused 12 fatalities in the states of Goa, Karnataka, Kerala and Maharashtra.

He said: “This will be the most severe cyclone to hit Gujarat in at least 20 years.

“This can be compared with the 1998 cyclone that hit Kandla and inflicted heavy damage.” 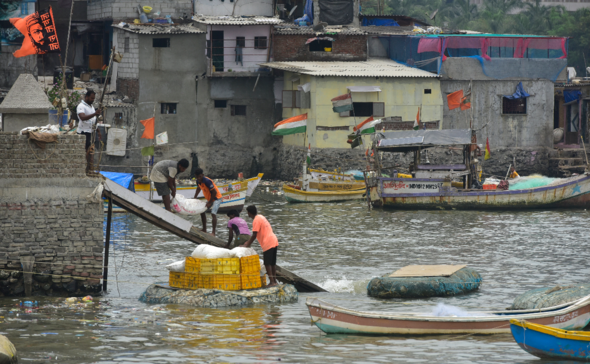 The devastating storm comes as India struggles to tackle the ongoing coronavirus emergency that has so far led to more than 274,000 deaths.

Udaya Regmi, head of delegation at the International Federation of Red Cross and Red Crescent Societies, highlighted the crippling effect of Cyclone Tauktae amid the current health crisis.

He said: “This cyclone is a terrible double blow for millions of people in India whose families have been struck down by record Covid infections and deaths.

“Many families are barely staying afloat.”