Denver weather: Does a snow-less January point to a wild February? – The Denver Post

Denver has not seen a lot of snow during the month of January. While the metro has added up a few inches of accumulation, the monthly tally is going to fall short of normal.

In a twist of fate, a lackluster January in the snow department might just be what snow-lovers and Front Range ski resorts need when it comes to February’s snow prospects. Februarys that follow a relatively snow-less January have rarely disappointed in the Denver snow department.

Snowfall records go back to 1882 in the Mile High City. This January is now the 140th January in the weather record books with reliable snow data.

Denver’s January snowfall total has failed to reach the 5-inch mark in 57 of the documented years. The February that followed had normal or above-normal snowfall in 39 of those 57 years, which is close to 70 percent of the time.

Using past weather records in this way is what meteorologists refer to as analog forecasting. Forecasters will start by looking for a certain weather occurrence in the past. After analyzing what followed a specific event in the past, you can suggest that a similar thing might happen this time around.

An analog with a 70 percent success rate is a strong signal. However, that also means that it will not always work out.

The most recent year that this particular analog did not work out was in 2010. Denver measured less than 3 inches of snow in January, and followed it up with only 5 inches in February.

Only time will tell if this tame January is about to give way to an action-packed February. If you love snow, the recent trends are certainly your friend. 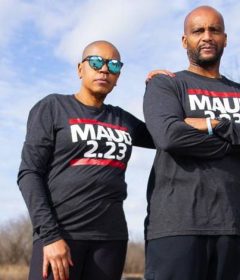