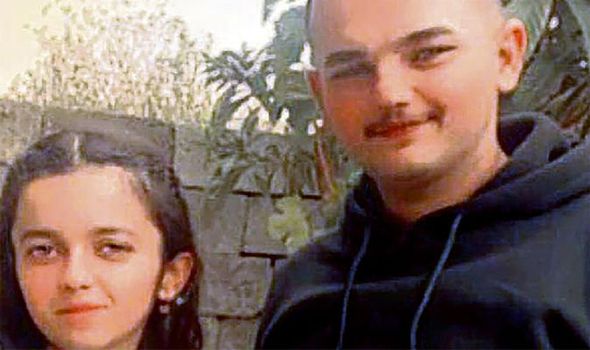 Mohammed Shekha, 21, only avoided drowning because his life jacket kept him afloat.

He had been attempting to reach the UK from Iran to find work to pay for his 18-year-old sister Fatima’s medical bills. The shepherd told his brother Marwan: “If I come back, I can’t make a living. I’m going to try again.”

Mohammed sent his mother a voice message at 8.35pm on Tuesday from a migrant camp in France before attempting the crossing. He said: “It’s not like last time, OK? We are leaving, God willing. Pray for me.”

He told Marwan, 18, that the smugglers weren’t sure about the attempt due to poor weather conditions.

Marwan said: “It’s a miracle. He can’t swim at all. I don’t know how it happened.

“All of a sudden, he found himself in the water too.

“He said he can’t stop thinking about the other people who died in front of him. It keeps coming back in his mind. He didn’t know how to rescue the women who fell in.”

Mohammed used a network of smugglers to make his way from Syria to Belarus, then across the border to Poland and Germany, before ending up in northern France.

He had attempted a crossing previously, but was hauled back to shore by French border officers.

He is one of only two people to have survived the Channel tragedy alongside a Somali man named Omar, aged in his 20s.

Friends Zanyar Mustafa, 22, and pals MohamedAadir and Rezhwan Yasin, had travelled to France from the Kurdish region of Iraq. They paid around £3,000 each to board the flimsy vessel that sank.

Mohamed, a 27 year old from Iran, said: “I know they were definitely on that boat.

“It’s heartbreaking. We came here because in our countries life is terrible.”

Five members of a Kurdish family are also feared among the 27 dead. Mohammed Omer, 23, said: “I am from the same city.

They left Iraq a month ago for Turkey. From there they took a boat to Italy before travelling to France in the back of lorries.

Deniz Ahmed Mohammed, also from Kurdistan in northern Iraq, separated from his brother in eastern Europe and made his way to France.

He was sending messages to his family to “pray for us” in the early hours of Wednesday as he set out for England.