A former Ugandan child soldier who became a rebel commander has been sentenced to 25 years in prison.

Judges at the International Criminal Court (ICC) in The Hague, the Netherlands, said Dominic Ongwen’s own abduction as a schoolboy and tortured past prevented him from being handed a life sentence.

Ongwen, who was taken into ICC custody in 2015, was convicted in February of 61 crimes including rape, sexual enslavement, child abductions, torture and murder. He was abducted by the Lord’s Resistance Army (LRA) when he was nine and forced into a life of violence.

Led by fugitive warlord Joseph Kony, the LRA terrorised Ugandans for around 20 years as the group battled the government of President Yoweri Museveni from bases in northern Uganda and neighbouring countries.

It has now largely been wiped out.

Ongwen knowingly committed a range of heinous crimes as an adult, many of them against defenceless children and women who had been forced into slavery.

Judge Bertram Schmitt told the court on Thursday: “The chamber is confronted in the present case with a unique situation.”

He said Ongwen was “a perpetrator who wilfully brought tremendous suffering upon his victims, however, also a perpetrator who himself has previously endured extreme suffering at the hands of the group of which he later became a prominent member and leader”. 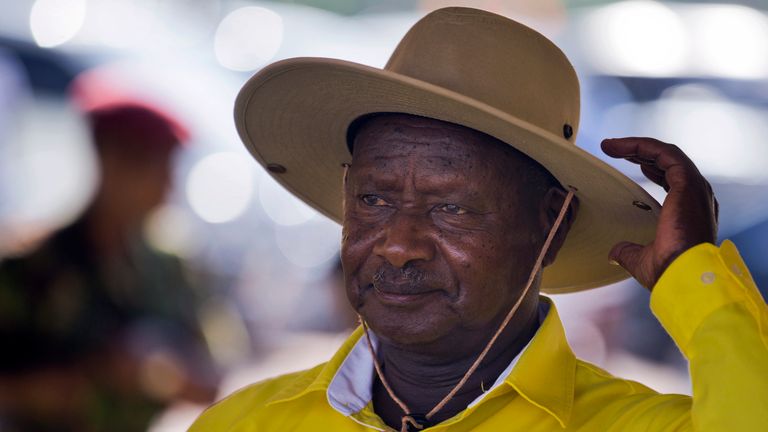 Ongwen, 46, wearing a face mask and headphones, showed no emotion as he was given a jail sentence five years longer than the 20 years prosecutors had requested.

His lawyers argued he should get no more than a 10-year sentence because of his childhood history.

They have said they will appeal the conviction.