Home » World News » Donald Trump humiliation: US President jokes his victory is ‘rigged’ ahead of election

Donald Trump humiliation: US President jokes his victory is ‘rigged’ ahead of election

The US president was announcing a new infrastructure investment plan in the capital of Georgia when he catapulted into a rant against mail-in-voting. Mr Trump praised Georgia’s Governor Brian Kemp and changed his focus from revealing the infrastructure plans to campaign related topics.

Mr Trump said: “Governor Brian Kemp, I’ll tell you – what a warrior he is.

“He’s tough, he’s tough. And he’s done a great job in every aspect of running this incredible state.

“And I’ve always been there for you.”

Mr Trump then went on to talk about mail-in ballots, turning the subject away from infrastructure and directing his comments toward Georgia lawmakers, citizens and United Parcel Service (UPS). 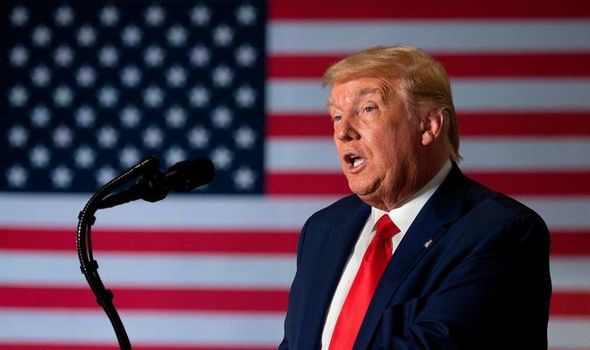 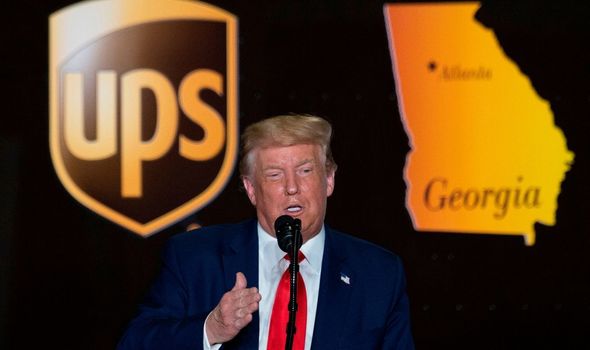 He said: “And watch please, those mail-in ballots. You’re going to watch that for me.

“Because, you know, they have a lot of problems all over the country.

“Mail-in ballots. Be careful, be careful. They would understand because they deliver. 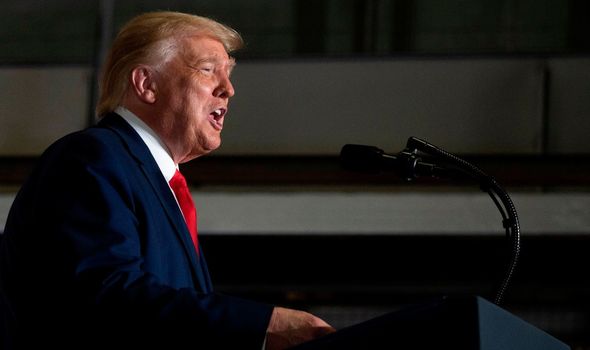 The US president also suggested his victory in 2016 could be in question because of mail-in ballots.

He joked: “But I don’t want to talk about that one, because I won. 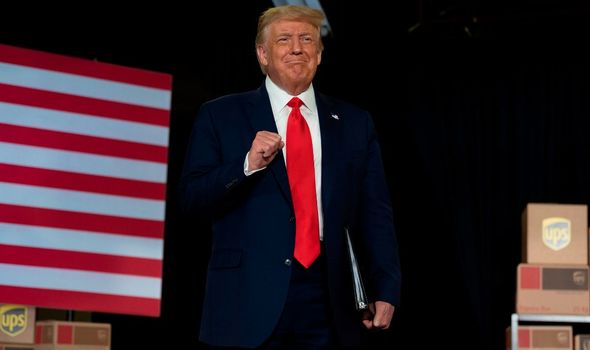 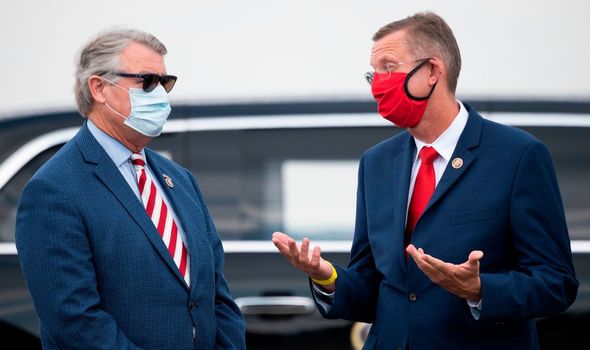 “So I don’t want anyone going back and looking.”

Mr Trump did not wear a face mask during his visit to the UPS airport facility in Atlanta on Wednesday even though staff members and lawmakers who joined him wore face coverings.

The first time Mr Trump has been seen publicly wearing a mask was last week during a trip to Walter Medical Center.

The US president has increased his criticism of mail-in voting for the upcoming November elections since the Democrats have been urging for fully remote voting amid the coronavirus pandemic.

Mr Trump argued on Wednesday that elections continued as normal during both World War I and World War II.

He also said the coronavirus crisis should not affect the method of voting.

The US president claimed a fully remote ballot system would disproportionately benefit Democrats and said there are high chances of widespread voter fraud with mail-in ballots. 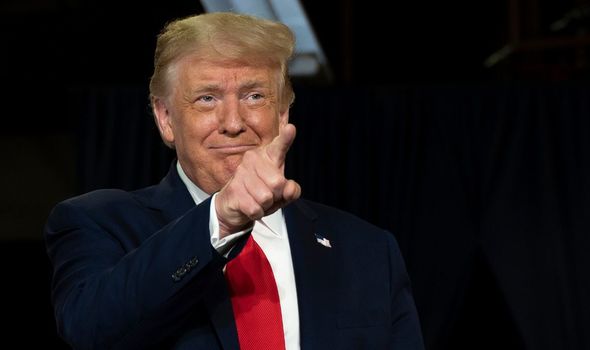 “As differentiated from absentee ballots where you have to go, and you go through a process because you can’t be there for some reason.”