Drop in China's new coronavirus cases; none in Wuhan for sixth day

WUHAN, China (Reuters) – China reported a drop in new coronavirus infections for a fourth day as drastic curbs on international travellers reined in the number of imported cases, while policymakers turned their efforts to healing the world’s second-largest economy. 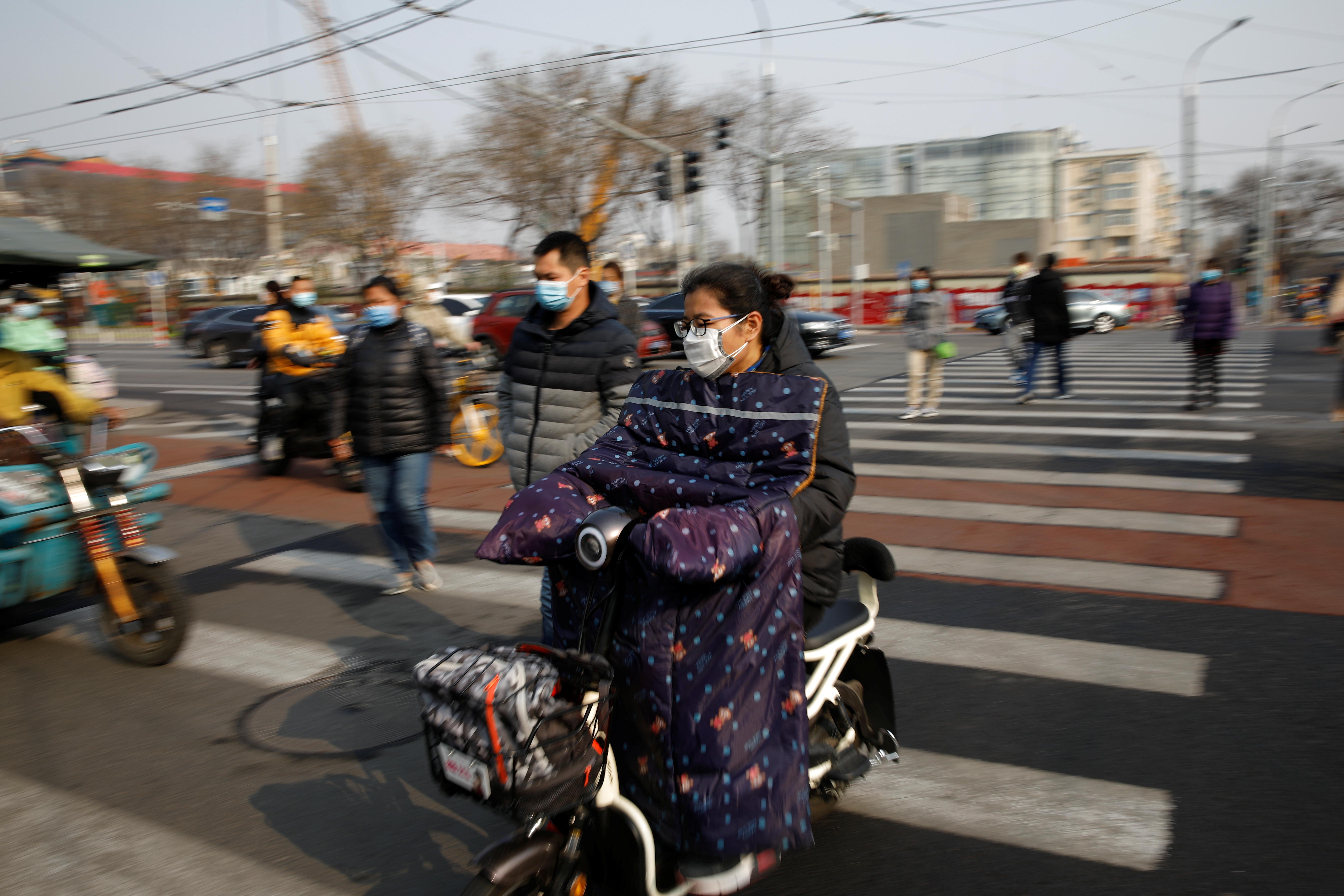 The city of Wuhan, at the centre of the outbreak, reported no new cases for a sixth day, as businesses reopened and residents set about reclaiming a more normal life after a lockdown for almost two months.

Smartly turned out staff waited in masks and gloves to greet customers at entrances to the newly-reopened Wuhan International Plaza, home to boutiques of luxury brands such as Cartier and Louis Vuitton.

“The Wuhan International Plaza is very representative (of the city),” said Zhang Yu, 29. “So its reopening really makes me feel this city is coming back to life.”

Sunday’s figure of 31 new cases, including one locally transmitted infection, was down from 45 the previous day, the National Health Commission said.

As infections fall, policymakers are scrambling to revitalise an economy nearly paralysed by months-long curbs to control the spread of the flu-like disease.

On Monday, the central bank unexpectedly cut the interest rate on reverse repurchase agreements by 20 basis points, the largest in nearly five years.

The government is pushing businesses and factories to reopen, as it rolls out fiscal and monetary stimulus to spur recovery from what is feared to be an outright economic contraction in the quarter to March.

China’s exports and imports could worsen as the pandemic spreads, depressing demand both at home and abroad, Xin Guobin, the vice minister of industry and information technology, said on Monday.

The country has extended loans of 200 billion yuan ($28 billion) to 5,000 businesses, from 300 billion allocated to help companies as they resume work, Xin said.

Authorities in Ningbo said they would encourage national banks to offer preferential credit of up to 100 billion yuan to the eastern port city’s larger export firms. The city government will subsidize such loans, it said in a notice.

While new infections have fallen sharply from February’s peak, authorities worry about a second wave triggered by returning Chinese, many of them students.

China cut international flights massively from Sunday for an indefinite period, after it began denying entry to almost all foreigners a day earlier.

The return to work also prompted concern about potential domestic infections, especially over carriers who exhibit no, or very mild, symptoms of the highly contagious virus.

Northwestern Gansu province reported a new case of a traveller from the central province of Hubei, who drove back with a virus-free health code, national health authorities said.

Hubei authorities say 4.6 million people in the province returned to work by Saturday, with 2.8 million of them heading for other parts of China. 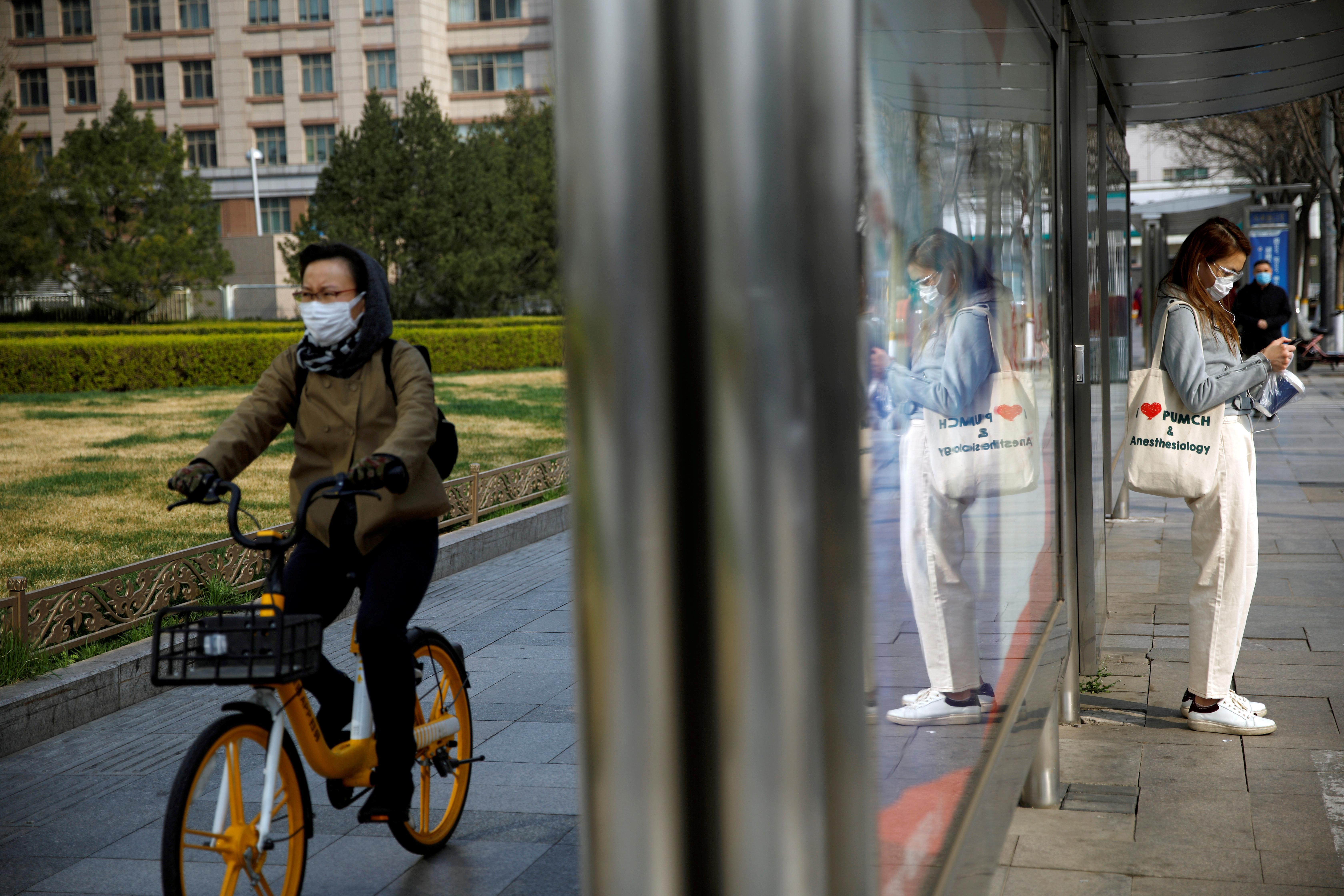 To be cleared to resume work, Wuhan residents have been asked to take nucleic acid tests twice.

“Being able to be healthy and leave the house, and meet other colleagues who are also healthy is a very happy thing,” said Wang Xueman, a cosmetics sales representative.