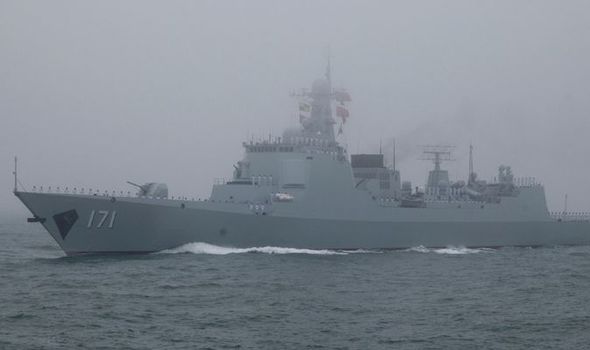 China sent two vessels into the waters near the Senkaku islands as it bids to spread its territorial claims.

The islands have been claimed by both China and Japan over the years and have long been disputed.

The operation comes as China enacted the new ‘Coast Guard Law, which allows the country’s sea forces to use weapons.

In this instance, Japanese media claimed one of the Chinese vessels was armed with a cannon.

The two vessels joined two other ships today in a threat to Japan’s sovereignty.

According to Nikkei Asia, two ships had threatened a Japanese fishing vessel.

The Japanese government has now lodged a complaint with China overt the incursions and demanded the ships leave the area immediately.