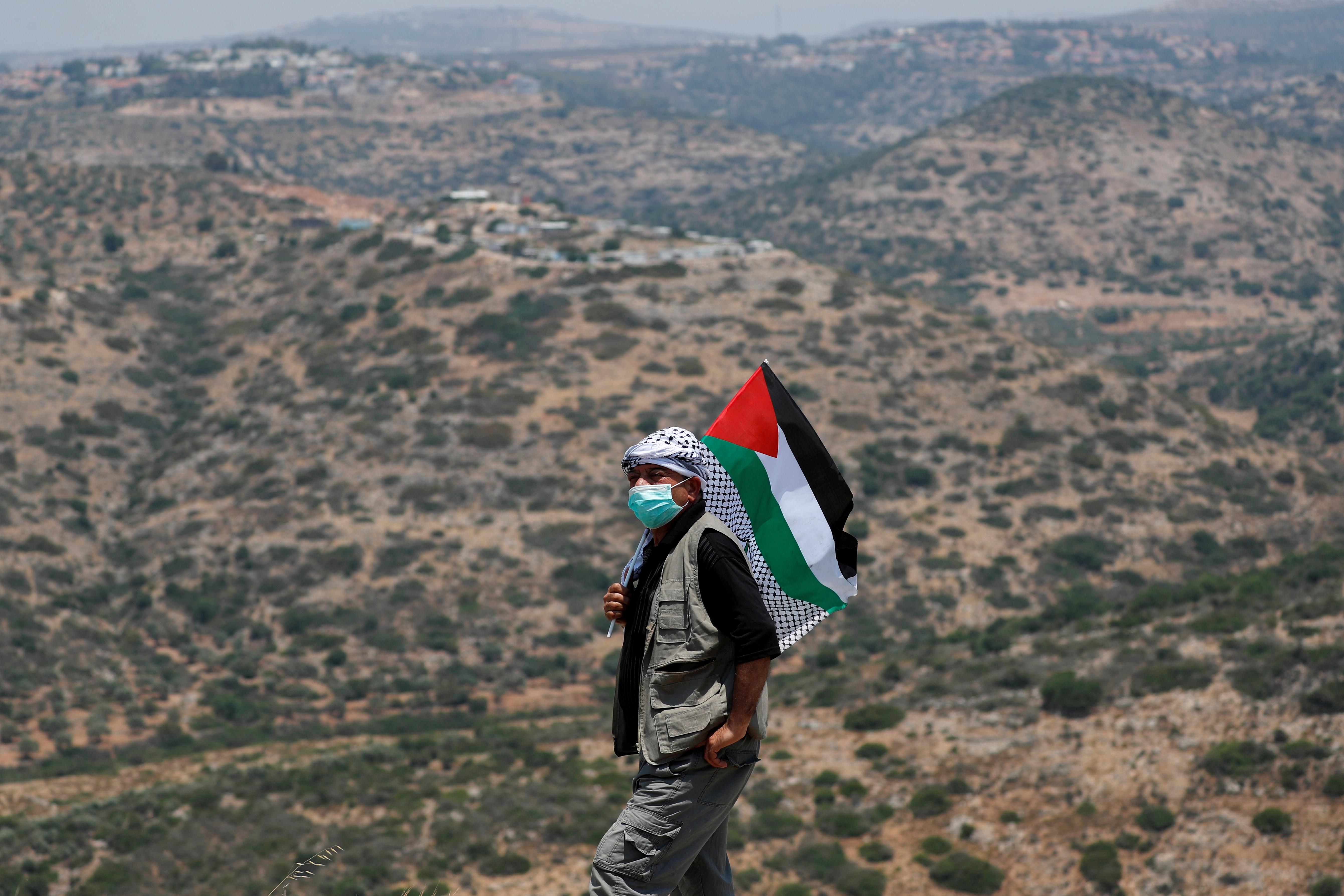 BERLIN (Reuters) – Egypt, France, Germany and Jordan on Tuesday warned Israel against annexing parts of the Palestinian territories, saying that doing so could have consequences for bilateral relations.

In a statement distributed by the German Foreign Ministry, the countries, including Israel’s two leading partners in the Middle East, said their foreign ministers had discussed how to restart talks between Israel and the Palestinian Authority.

They, along with most other European countries, oppose Israeli plans that envisage annexing parts of the occupied West Bank as part of a peace deal that is promoted by the U.S. administration of President Donald Trump.

The Palestinian Authority, which wants the West Bank for a future Palestinian state, opposes the move. The United States has yet to give its approval to the annexation plans.

“We concur that any annexation of Palestinian territories occupied in 1967 would be a violation of international law and imperil the foundations of the peace process,” the European and Middle Eastern foreign ministers said after their video conference.

“We would not recognize any changes to the 1967 borders that are not agreed by both parties in the conflict,” they added. “It could also have consequences for the relationship with Israel.”

Israel had no immediate response. But in a separate statement, Prime Minister Benjamin Netanyahu’s office said he had told British counterpart Boris Johnson on Monday that he was committed to Trump’s “realistic” peace plan.

“Israel is prepared to conduct negotiations on the basis of President Trump’s peace plan, which is both creative and realistic, and will not return to the failed formulas of the past,” the statement said.