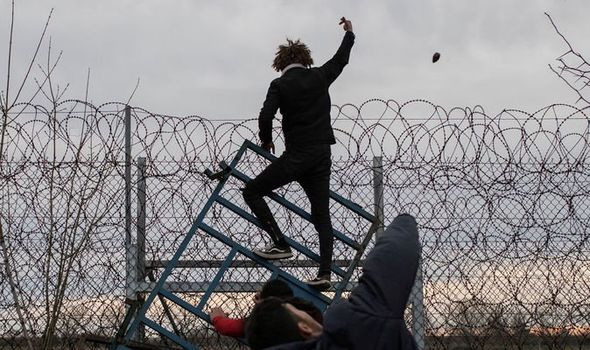 Projectiles were thrown from Turkish territory and being fired towards Greek police over a high border fence near the Kastanies crossing.

Greek soldiers and riot police have been manning the borderland, as thousands of migrants have made a rush for the frontier in the past days.

Their Turkish counterparts have been stationed on the other side.

Turkey said on February 28 it would let migrants cross its borders into Europe, saying it could no longer contain the hundreds of thousands and the prospect of a fresh influx because of intensified fighting in northwest Syria.

Turkey on Friday accused the European Union of using migrants as political tools and allowing international law to be “trampled”, after EU foreign ministers said they would work to stop illegal migration into the bloc.

Tens of thousands of migrants have been trying to get into Greece, an EU member state, since Turkey said it would no longer try to keep them on its territory as agreed in 2016 with the EU in return for billions of euros in aid. 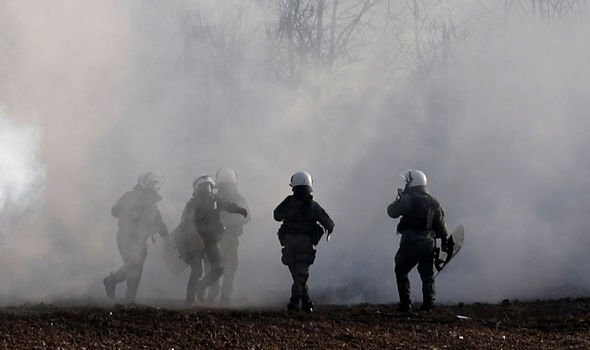 Some migrants dabbed stinging eyes with water. Other trekked through fields probing for chinks in the well-guarded frontier.

“The news about the alleged openness (of the Greek-Turkish border) is false and people should not try to move there,” the EU’s top diplomat, Josep Borrell, told reporters during a meeting of EU foreign ministers in Croatia.

The EU could offer more money beyond the £5.19 billion pledged in 2016 to help the refugees but Turkey must first stop using them as a “bargaining chip”, he said.

Turkey, which hosts nearly 4 million Syrian war refugees, says the EU has failed to honour earlier promises. It also wants more European support in Syria, where its troops are facing off against Russian-backed Syrian government forces.

In a sign of the EU’s hardening stance since the 2015 migration crisis, when more than a million migrants entered Europe from Turkey, the ministers in Zagreb said they were ready to take “all necessary measures” to stop illegal crossings into Greece, without elaborating. 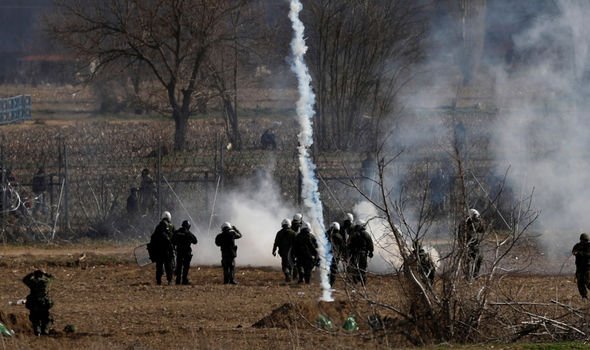 Turkey’s foreign ministry slammed the statement, saying it showed EU countries were using migrants as political tools, and that they were allowing international law to be “trampled”.

It said EU support for Greece showed the bloc was allowing its own values and laws to be disregarded.

“EU countries, including Greece, must abide by their international responsibilities and accept the applications of refugees,” the Turkish foreign ministry said in a statement, adding that the comments showed the EU did not understand the burden Turkey had to carry in hosting the migrants.

“Accusing a country that hosts the most number of refugees in the best possible way of using migration for political aims is another indication of the two-faced approach we have been subjected to for years.

With this statement, the EU is itself using this issue as a political tool,” it said.