EU coronavirus crisis: Italy and Portugal could quit euro after row with Merkel and Macron

Italy and Portugal have sent shockwaves to the EU, after voicing their fury at leading economies like France and Germany for their refusal to help them during the coronavirus. The alarming threat has added to a chaotic week for the single currency, when the European Central Bank (ECB) chief refused to say whether she would stop economies sliding into recession. On Friday, the World Health Organisation (WHO) declared Europe the “epicentre” of the coronavirus pandemic, that has already sparked nationwide lockdowns in Italy and Spain.

She warned that eurozone support was needed or these countries could end up leaving the single currency.

“Look at Lagarde’s intervention this week. It was pretty disastrous in terms of not reassuring markets.”

JUST IN: Queen urged to go into lockdown over coronavirus outbreak- poll 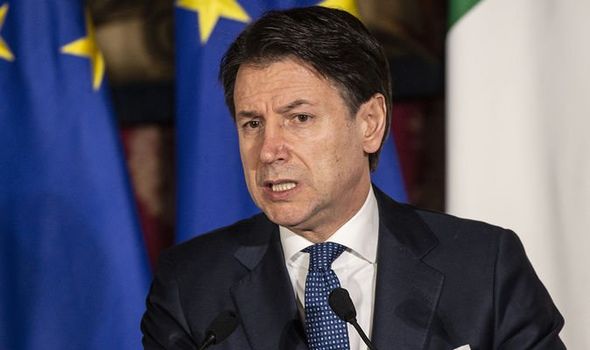 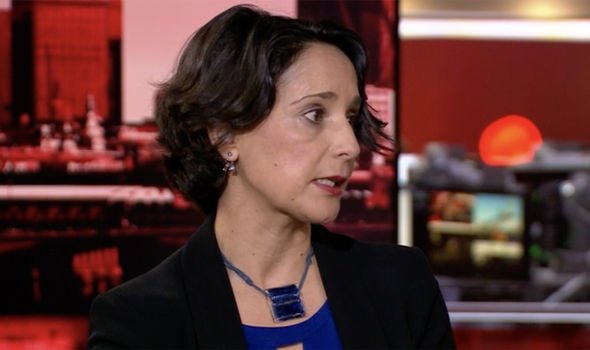 Goes continued: “Will the ECB be there to help the Italian economy which is suffering tremendously?

“We heard the German government announce yesterday a big bazooka to help German businesses, for any help they might want.

“The French government has made similar announcements to help all the businesses affected by the coronavirus.

“But what about the smaller economies of the eurozone? They are bound by the eurozone governance rules. They have to keep an eye on their deficits and public debts.

“We have Lagarde implying in her statement that it is not our job to keep Italy in the euro, to not keep Portugal in the euro, or any other vulnerable eurozone economy.

“That is very serious and I hope there is far more coordinated action because the impact for these European economies would be absolutely catastrophic.” 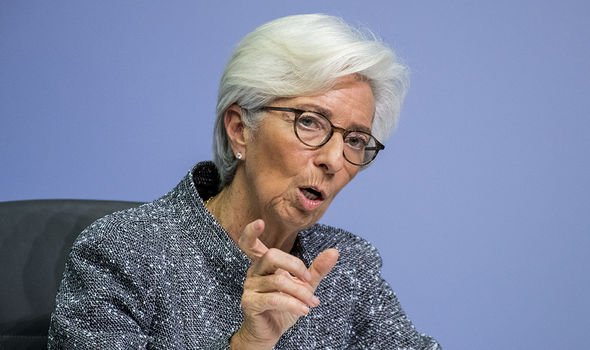 Prominent economists such as Lorenzo Codogno, a former director-general of Italy’s Treasury, and Ashoka Mody, a Princeton University professor, have both said Italy, the eurozone’s third-largest economy, should request immediate financial assistance from the eurozone bailout fund.

Claus Vistesen, the chief eurozone economist at Pantheon Macroeconomics, said Lagarde’s comments “will go down as a catastrophic failure”.

Maarten Vervey, head of economic affairs of the EU executive, said: “It is very likely that growth for the eurozone and the European Union as a whole will fall below zero this year and potentially even considerably below zero.”

Economist Liam Halligan said the struggle to “contain” the eurozone collapse is “the biggest economic question in the world” right now. 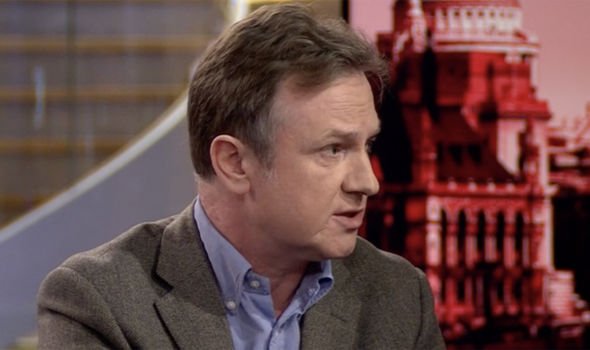 Iain Martin, a columnist for The Times, added: “We don’t know how long this will last. This could be a year long experience until a vaccine is found.

“I covered the financial crisis of 2008 and this is much worse. It is longer lasting and more difficult to stop.

“The US Fed and the Bank of England do seem to understand the scale of this crisis. I’m not sure the ECB does.

“Look out for the eurozone, where serious problems are coming down the line.”

Several central banks, including the US Federal Reserve and the Bank of England, cut rates in response to the economic damage from the coronavirus pandemic – unlike the ECB.