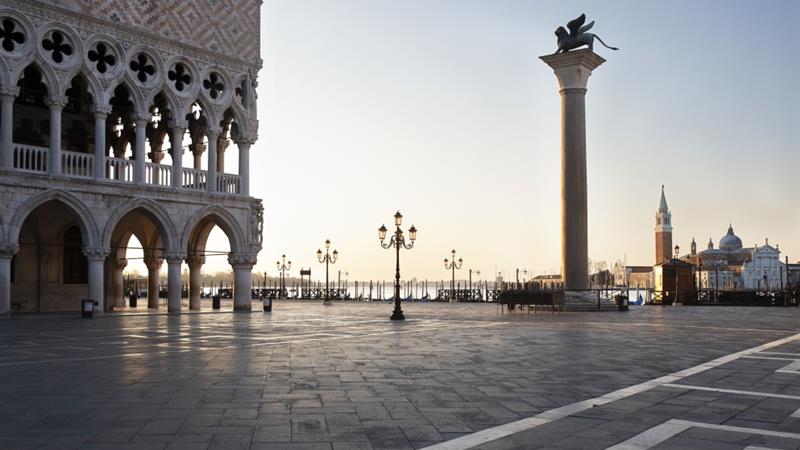 Improved air quality in Europe due to lockdowns to combat the coronavirus pandemic has delivered health benefits equivalent to avoiding 11,300 premature deaths, according to a study published on Thursday.

Researchers extrapolated the likely impact on diseases caused or made worse by air pollution, which has fallen dramatically as hundreds of millions of people have stayed at home over the past month.

“You could compare it to everyone in Europe stopping smoking for a month,” said Lauri Myllyvirta, lead analyst at the Helsinki-based Centre for Research on Energy and Clean Air (CREA), which conducted the study.

“Our analysis highlights the tremendous benefits for public health and quality of life that could be achieved by rapidly reducing fossil fuels in a sustained and sustainable way.”

The benefits in Germany, the United Kingdom and Italy exceeded the equivalent of more than 1,500 premature deaths in each country.

The average European citizen was exposed to nitrogen dioxide levels 37 percent below what would normally have been expected in the 30 days that ended on April 24, CREA said.

The gas is mostly produced from road transport.

Exposure to particulate matter, generated by transport, industry and coal-fired heating, was 12 percent below normal levels, according to the study, which covered 21 European countries.

If sustained, a drop in pollution of this scale could lead to 1.3 million fewer days of absence from work and 6,000 fewer new cases of asthma in children, CREA said.

At the same time, the researchers noted that prolonged exposure to dirty air prior to the pandemic could have caused or exacerbated diabetes, lung disease, heart disease and cancer – all conditions that increase the risk of death for COVID-19 patients.

“There is an overlap between conditions associated with air pollution and those that have increased the risk of dying from COVID-19,” said Sara De Matteis, a professor at Italy’s Cagliari University and member of the European Respiratory Society’s environmental health committee.

Air pollution causes more than 400,000 annual premature deaths in the 27-member European Union and the UK, according to the EU environment agency.

“The impacts are the same or bigger in many other parts of the world,” said Myllyvirta.

In China, NO2 and PM2.5 levels declined by 25 percent and 40 percent, respectively, during the most stringent period of lockdown, with an even sharper fall in Hubei province, where the global pandemic began.

The World Health Organization (WHO) calculates 4.2 million deaths, but has underestimated the impact on cardiovascular disease, recent research has shown.