NANTES, France (Reuters) – A major fire broke out in the cathedral in the western French city of Nantes on Saturday, blowing out stained glass windows and destroying the grand organ in the 15th-century building, officials said. 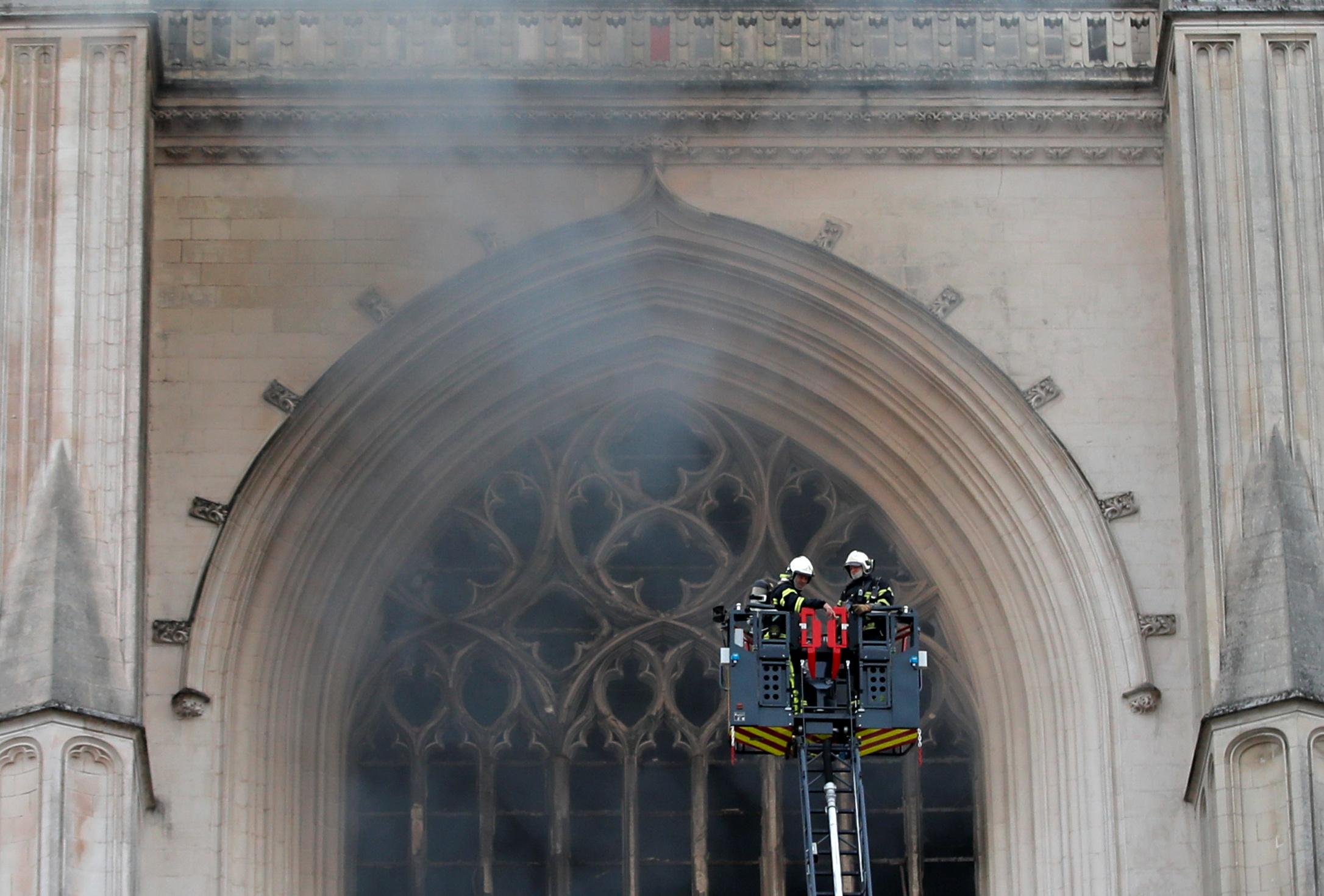 Prosecutor Pierre Sennes told reporters three fires had been started at the site and authorities were treating the incident as a criminal act. He gave no other details.

Dozens of firemen brought the fire under control after several hours. Smoke was still coming out of the Gothic structure after massive flames earlier engulfed the inside.

The blaze comes just over a year after a major fire at the Notre Dame cathedral in Paris, which destroyed its roof and main spire.

Local fire chief Laurent Ferlay told reporters 104 firemen were still at the site to ensure the blaze was completely under control.

The fire had broken out behind the grand organ, which was completely destroyed, he said. Stained glassed windows at the front of the cathedral were blown out.

However, the damage was not as bad as initially feared.

“We are not in a Notre Dame de Paris scenario. The roof has not been touched,” Ferlay said.

It was not the first time fire has damaged the cathedral.

It was partly destroyed during World War Two in 1944 after Allied bombings. In 1972 a fire completely ravaged its roof. It was finally rebuilt 13 years later with a concrete structure replacing the ancient wooden roof.

“The fire of 1972 is in our minds, but at this stage the simulation is not comparable,” Nantes Mayor Johanna Rolland told reporters.

Cecile Renaud, who works in a bakery facing the cathedral and alerted the fire services early on Saturday, told BFM TV she had seen huge flames inside the building.

“It was a huge shock. It’s extremely sad.”

In 2015, a fire that appeared to have been caused by renovation work destroyed most of the roof of another church in Nantes, the Saint Donatien Basilica.