PORT LOUIS (Reuters) – French President Emmanuel Macron pledged on Saturday to send teams and equipment to help Mauritius deal with an oil spill that environmentalists fear could be a major ecological disaster. 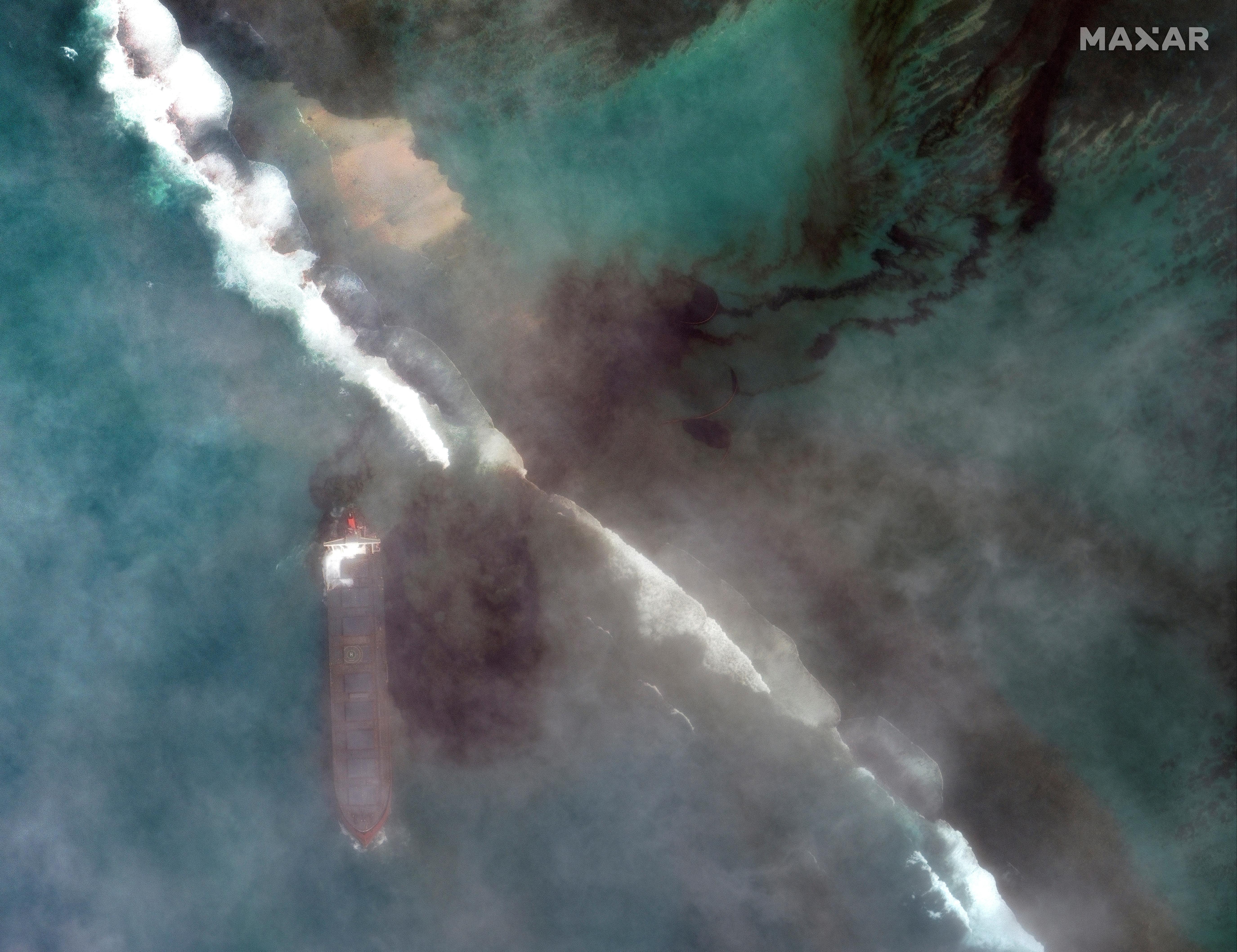 The bulk carrier MV Wakashio ran aground on July 25 on a reef on the south east coast of the Indian Ocean island.

Pravind Kumar Jugnauth, prime minister of Mauritius, declared a state of environmental emergency and pleaded for international help on Friday.

“The sinking of the #Wakashio represents a danger for Mauritius,” Jugnauth said in a tweet.

Macron responded by saying France was deploying teams and equipment from Reunion Island.

“When biodiversity is in danger, there is an urgent need to act. France is there. Alongside the Mauritian people. You can count on our dear support,” Macron said in a tweet.

The vessels is leaking diesel and oil into lagoons, threatening the survival of thousands of species which are at “risk of drowning in a sea of pollution,” according to Greenpeace.

“The current oil spill on the reef near Pointe d’Esny on the south east coast of the Mauritian island is likely one of the most terrible ecological crises ever seen on the small island country,” the environmental group said in a statement.

Satellite images released on Friday showed thick oil slick forming around the area where the ship ran aground.

Mauritius, famous for its pristine beaches, is popular with tourists who last year contributed 63 billion Mauritius rupees ($1.59 billion) to the economy.