First major tennis tournament hit by COVID-19 pushed back from May to September as France imposes strict restrictions. 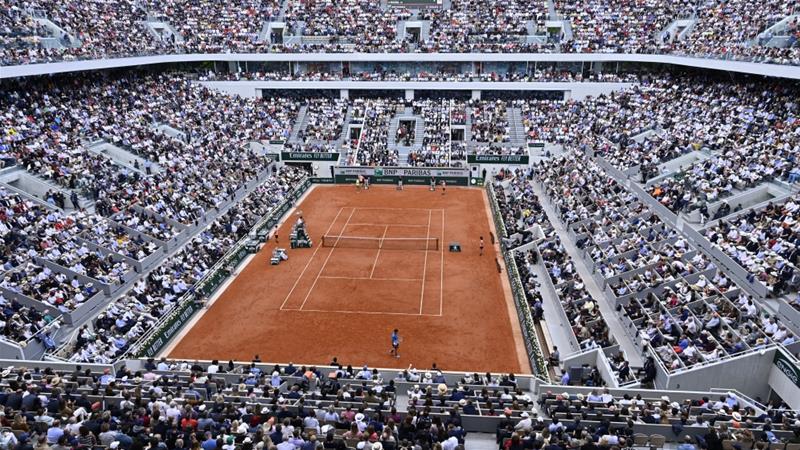 The French Open tennis tournament has been postponed by four months due to the coronavirus pandemic, becoming the latest sporting event to be affected by the worldwide outbreak.

The first Grand Slam, one of four major tennis events of the year, to be hit by COVID-19 was initially scheduled to be played in Paris from May 24 to June 7.

“In order to ensure the health and safety of everyone involved in the preparation of the tournament, the FFT made the decision to organise the 2020 edition of Roland Garros from 20th September to 4th October 2020,” the French Tennis Federation said in a statement on Tuesday.

“The current confinement measures have made it impossible for us to continue with our preparations and, as a result, we are unable to hold the tournament on the dates originally planned,” it added.

The announcement came a day after French President Emmanuel Macron ordered stringent restrictions on people’s movement to slow the spread of the virus, that has killed 148 people and infected more than 6,600 in the European nation.

The FFT said ticket-holders for the French Open could either be reimbursed or change their tickets for the new dates.

The BNP Paribas Open in Indian Wells, California, a combined men’s and women’s event considered the sport’s fifth major, was the first significant change to the tennis calendar when its postponement was announced on March 8 because of COVID-19.

Last week, the ATP suspended its professional men’s tennis tour for six weeks while the Women’s Tennis Association on Monday suspended play until May 2.

Many players and tennis commentators reacted to what they called a “unilateral decision” taken by the French Open organisers.

“This is madness. Major announcement by Roland Garros changing the dates to one week after the US Open. No communication with the players or the ATP… we have ZERO say in this sport,” tweeted Canada’s Vasek Pospisil, world-ranked 93.

British double’s player and former world number one Jamie Murray said: “Strong move by French Open/FFT to move to end of September. I thought the powers that be in tennis were supposed to be all about working together these days?”

With the rescheduling, players will have a gap of one week between the US Open, which ends in New York on September 13 and the French Open.

“It is a difficult but courageous decision that we have taken at this exceptional and evolving time since this weekend,” said FFT president Bernard Giudicelli.

“We are acting responsibly, we must stand together in solidarity in this fight for everyone’s safety.”

The coronavirus outbreak has infected more than 180,000 and killed at least 7,500 people worldwide, as the epicentre of the pandemic has switched from China to Europe, according to the World Health Organization

Wimbledon is the next Grand Slam on the tennis calendar, scheduled to be played in the United Kingdom from June 29 to July 12.