A miracle survivor has been left "a little shaken" after escaping from his wrecked property in a suspected gas explosion.

The blast was reported to police in Bourne, Lincolnshire, at 9.13am this morning and pictures show the scene of devastation it caused.

The majority of the two-storey building lay in ruins after the suspected explosion with just one wall standing.

It is not known whether the resident was actually inside the building at the time of the blast but LincolnshireLive reports he escaped with minor injuries and no one else was hurt.

Police in the county tweeted pictures of the scene after the explosion and confirmed no other properties needed to be evacuated.

In an official statement posted to Twitter Lincolnshire Police said: "We are in attendance at what is believed to be a gas explosion on Holly Drive in #Bourne. A man has minor injuries and is a little shaken.

"There were no other injuries. The house has been severely damaged. This was reported to us at 9.13 am."

A picture posted to Lincs Police Motorcycles Twitter account showed the sheer devastation of the incident with three of the walls of the building virtually destroyed and front of the property completed blown out Most of the roof of the building was blown off by the explosion and sat on top of windows radiators and furnishings.

It comes just eight days after an incident in Illingworth, Yorkshire, where a dad grabbed his teenage son and jumped out of a burning building which dramatically exploded.

Liam McLaughlin, 63, recalled his horror when his son Liam asked "Where’s mum?" after the walls of their home were blown off by an explosion.

Fortunately, 63-year-old Gwen was found alive but severely burned after she managed to emerge from the home – while Jack’s girlfriend is also reported as surviving the blast which shook the Yorkshire town. 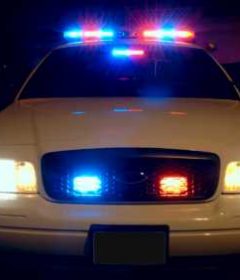 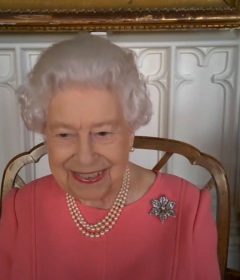