Report documenting accounts of survivors who fled to Lebanon details stigma and gaps in aid for sexual abuse victims. 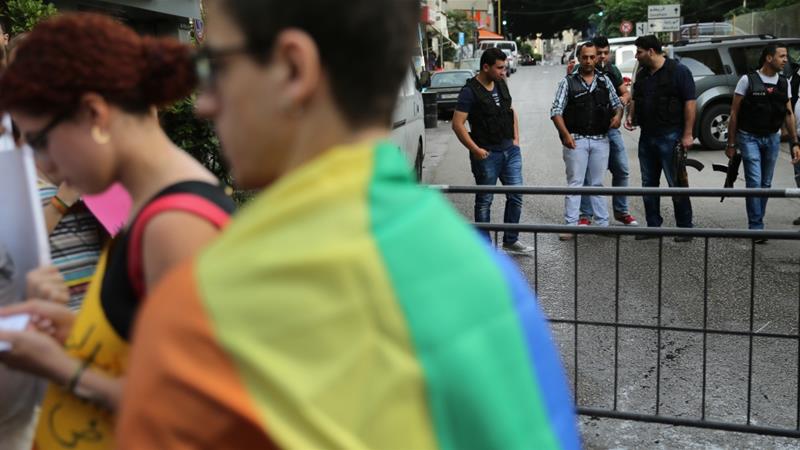 Beirut, Lebanon – Gay and bisexual men and transgender women (GBT) have been subjected to increased violence at the hands of Syrian state and non-state actors due to their actual or perceived sexual orientation, Human Rights Watch (HRW) has said in a new report.

The United States-based rights group said on Wednesday the abuse, documented in interviews with dozens of survivors who mostly fled to neighbouring Lebanon, had caused “severe physical and mental health consequences which are compounded by a lack of support services in Lebanon”.

The report adds to existing HRW research that has documented sex crimes in Syria, ravaged by almost 10 years of war.

Zeynep Pınar Erdem, the author of the report, told Al Jazeera some of the victims reported being “harassed and sexually abused for being ‘soft-looking’.

“They were perceived as being effeminate by the perpetrators in the detention centres and in the ranks of the Syrian army, and were therefore subjected to increased violence.”

‘They were happily doing it’

The testimonials paint a picture of long-lasting physical and psychological trauma that often goes unaddressed due to stigma against GBT people, unwillingness on the part of victims to speak out about their trauma and inadequate services to help them in Lebanon.

The often-debilitating trauma described by survivors includes depression, post-traumatic stress, sexual trauma, loss of hope, and paranoid thoughts, in addition to severe pain in their rectum and genitals, rectal bleeding and muscle pain.

Yousef told HRW he was detained by the Syrian government’s intelligence agencies not because he was gay, but once his sexual orientation was revealed, “aggression was multiplied by 10”.

“They were happily doing it,” the 28-year-old said. “They were of course raping us with sticks. They rape you just to see you suffering, shouting. To see you are humiliated. This is what they like to see. They had a stick inside my anus, and they started saying: ‘This is what you like, don’t you like it?’ It went up till my stomach.”

Khalil, a 21-year-old gay survivor, said he was captured by ISIL (ISIS) with a group of people, including his boyfriend who was killed for being gay.

“I was detained by ISIS for three months for being part of protests. I was 15. I was detained with my friends. My boyfriend was thrown from a high building by ISIS,” he told HRW.

The abuse did not only occur at the hands of the government and non-state armed groups. The families of the GBT people too often played a leading role in either abusing them or casting them out from society, the report said.

Eight of the interviewees received death threats from their families after they learned of their relatives’ sexual orientation.

Fahed, 23, received a threatening text message from his mother in 2018 when she learned he was gay. “May God break your heart, like you broke mine. You f*****, you effeminate. I give you only one week to leave the country [Syria] or else I will kill you myself,” the message read, according to Fahed.

“My stepfather wanted to send shabiha [pro-government militia] to kill me and detain me. He put my name in all checkpoints and wanted to kill me,” he said, adding he left Syria two weeks after his mother texted him.

Help for people who have suffered such abuse is hard to come by in Lebanon, a country that is itself suffering from one of the world’s worst economic crises and is witnessing growing instability.

Survivors who fled to Lebanon spoke of limited services and lacking support from humanitarian organisations that are often “poorly funded and not equipped to meet the needs of male survivors of sexual violence”, the report said.

“Service providers often lack training in response to male survivors and some belittle them, which contributes to poor treatment and re-traumatization of those seeking help,” it added.

The once-growing space for the LGBTQ community in Lebanon has also been shrinking in recent years, with several gay pride events cancelled. But most of the people interviewed for the report are stuck there – Erdem said just two of them had found resettlement abroad.

Just a handful of others were waiting to hear back on resettlement applications, and could be waiting for many years.

“Most of them will be in Lebanon for long years to come and that’s why it’s really important that international donors provide healthcare and services for survivors,” Erdem said.