BERLIN (Reuters) – Germany is working on a post-coronavirus stimulus package to put Europe’s biggest economy back on track once the outbreak is contained, ministers said on Tuesday, as officials added that talks on measures were at an early stage. 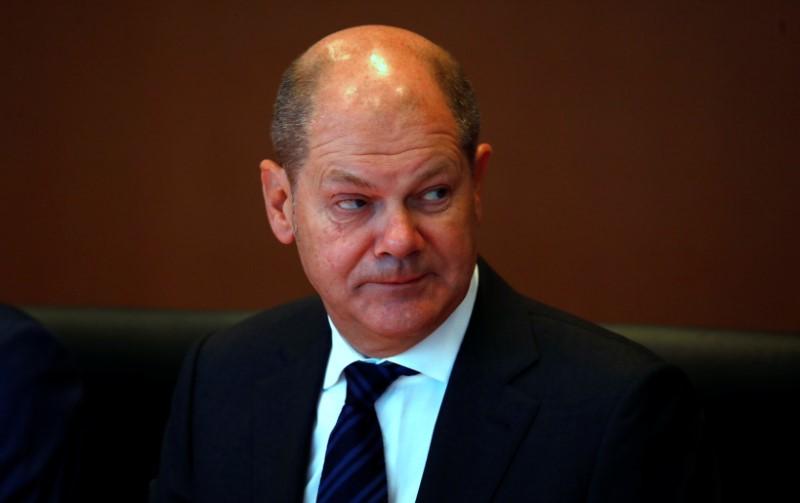 Chancellor Angela Merkel’s cabinet on Monday agreed a package worth over 750 billion euros ($810 billion) to mitigate the direct impact of the pandemic, with the government aiming to take on new debt for the first time since 2013.

The lower house of parliament is on Wednesday expected to pass the measures, including a debt-financed supplementary budget of 156 billion euros and a stabilization fund worth 600 billion euros for loans to struggling businesses and direct stakes in companies.

Finance Minister Olaf Scholz told Bild newspaper the economy would need further help once the virus was contained. “We need economic stimulus after the crisis,” he said.

In a letter to lawmakers in his Social Democrat (SPD) party seen by Reuters, Scholz said the government would take steps to support the economy as soon pubs, cinemas and shops reopened.

A senior official with knowledge of discussions said that talks within the government about post-virus stimulus measures were still at a “very early stage”.

“There are not yet any concrete proposals,” he added.

The government is now focusing on protecting the health of the population and implementing a program to save jobs and companies during the outbreak, the official added.

Another source said it was too early to engage in detailed discussions about a post-virus stimulus package as no one could say how long the pandemic would last and how great the damage would be.

The state of Bavaria will double budget funds available to help it cope with the coronavirus to 20 billion euros, its Premier Markus Soeder said on Tuesday, adding that further measures such as increased state guarantees were planned as well.

The neighboring southwestern state of Baden-Wuerttemberg on Tuesday announced additional aid measures worth 5 billion euros to help small companies and the self-employed.