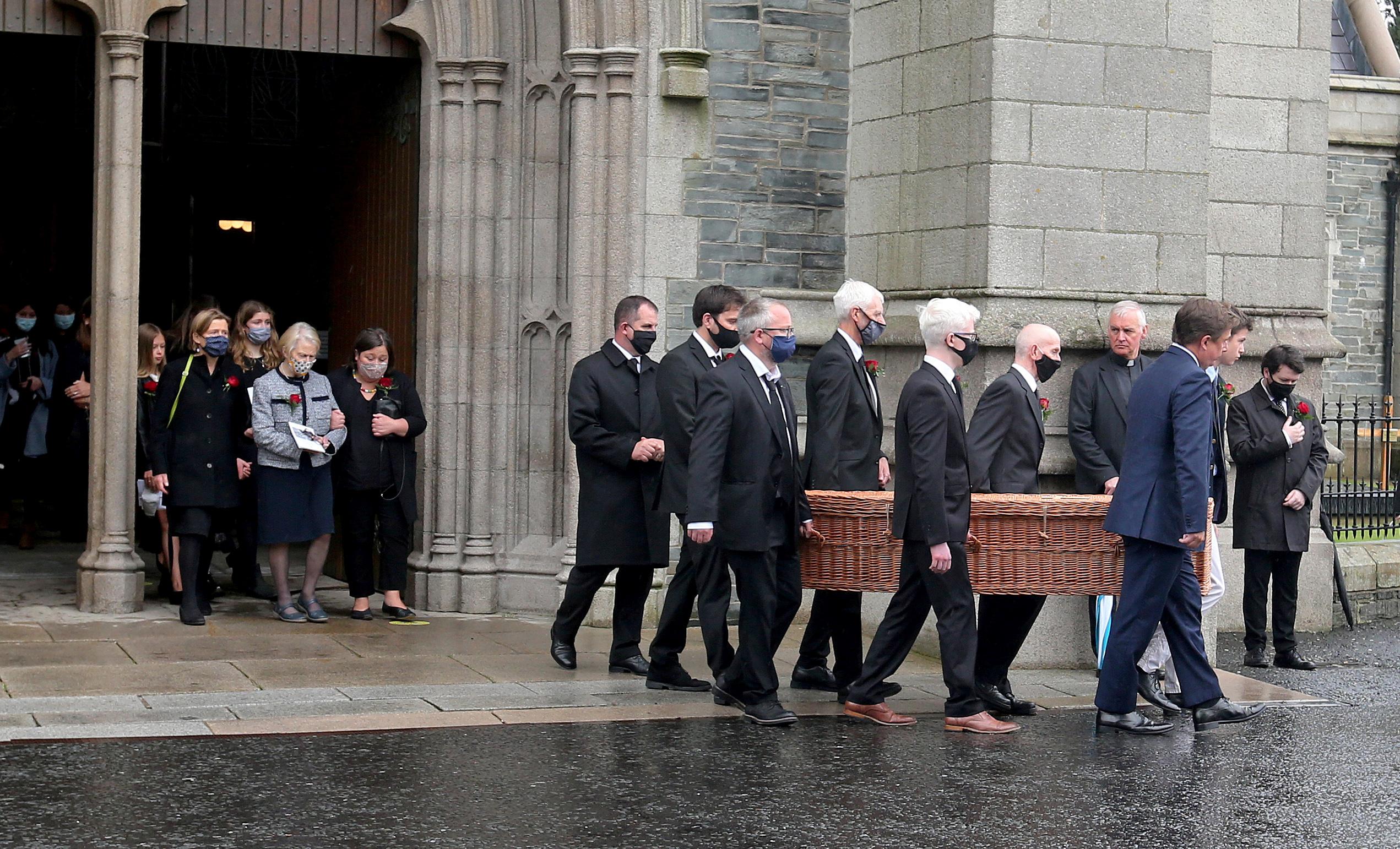 Hume, the Roman Catholic architect of the 1998 Good Friday peace agreement that ended 30 years of sectarian violence, was credited with dragging a British region convulsed by bloodshed to the negotiating table. He died on Monday aged 83.

Respecting COVID-19 restrictions, fewer than 100 mourners in masks, including Irish Prime Minister Micheal Martin and the Catholic and Protestant leaders of Northern Ireland were dotted around the large St Eugene’s Cathedral in Hume’s native Derry.

In messages read out by Bishop Donal McKeown, Pope Francis praised Hume’s untiring efforts to promote peace, the Dalai Lama his deep conviction to the power of dialogue. Clinton and his wife, Hillary, shared their sadness at the loss of their friend.

“With his enduring sense of honour, he kept marching on against all odds towards a brighter future for all the children. He was Ireland’s Martin Luther King,” read the message from Clinton, whose hands-on role was central to bringing an end to the conflict that killed some 3,600 people.

Conscious of the pandemic, his family asked people to stay home and light a candle for peace at their door on Tuesday night.

British Prime Minister Boris Johnson said in a message that he lit a candle at the door of No. 10 Downing Street to remember “a giant of a politician”.

One of Hume’s sons, Aidan, was unable to attend due to the restrictions and watched online from his home in Massachusetts in a service that was broadcast and streamed live on both sides of the Irish border.

“If Dad were here today, witnessing the current tensions in the world, he wouldn’t waste the opportunity to say a few words,” Hume’s son, John Hume Junior, told the mourners.

“He’d talk about our common humanity, the need to respect diversity and difference, to protect and deepen democracy and to place non-violence at the absolute centre.”