A seven-year-old girl has died due to a blood clot in her heart – despite a GP sending her home with Calpol.

Isabellaann Battiscombe passed away in hospital on 12th February, with the post mortem confirming she suffered from a pulmonary embolism.

Just days before her death, the Cardiff schoolgirl had been sent home from the doctors.

Her worried parents took her to the GP after she fell ill around two weeks ago and “could barely walk” but they were told it was just a stomach bug.

However, she continued to get worse and Isabellaann’s parents, Janine and Steven, sought a second opinion.

"She was being sick and we thought she had a tummy bug,” said Janine.

“I took her to the doctors the next day and that doctor said it's a tummy bug, go home, give her some Calpol and maybe paracetamol.

"She started being more unwell. She didn't want to get up, she even asked her daddy if he could pick her up to go to the toilet and I said there's something wrong here."

Isabellaann was sent to the University of Wales hospital with a suspected chest infection a few days later.

Despite initially reacting well to treatment, her family were informed she was being transferred to another part of the hospital, which they soon realised was intensive care.

Her parents were then told she may have to be transferred to Bristol for an emergency operation but when she took “a turn for the worse”, senior doctors informed them she had passed away.

Janine said: "They were explaining some of the stuff but I couldn't understand it because my head had just gone. I couldn't create. It just knocked me for six.

"From start to finish, from going to the doctors to going to the hospital and when she died, I just don't understand why they took so long to diagnose her. We're just devastated."

Isabellaann’s family have raised more than £1,300 after setting up a gofundme page in her memory.

And mum Janine has paid tribute to her late daughter, saying: “She was a happy, bubbly, funny little girl. Always with a smile on her face.

"She loved her school and she had a lot of friends. She was just the life and soul of everything.

"When she would walk into a room it'd light up. She was just a little angel. I just want her back." 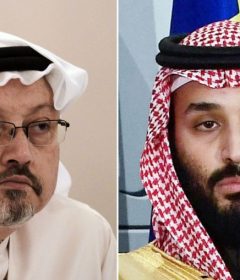