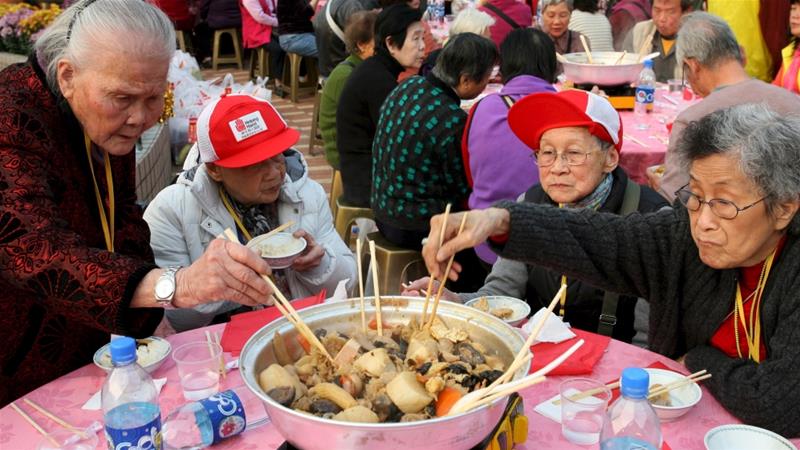 Shenzhen, China – State-run media, catering associations and citizen organisations have sprung into action in China in the past week, with a new target in their campaign against the coronavirus: communal eating.

Whether hot pot, soups or a range of other dishes, campaigners want diners to reconsider the practice of taking food from communal dishes with their own individual chopsticks amid concern it might be helping the virus to spread.

The campaign comes even though the World Health Organization (WHO), China Center for Disease Control and China National Health Commission have remained on the fence about the subject, with the WHO citing lack of direct evidence as the main reason for not issuing any public warning.

“Some pathogens [or] germs can be transmitted by the sharing of utensils,” Tarik Jasarevic, a spokesman for the WHO, told Al Jazeera.

“The risk of spreading COVID-19 through sharing of utensils is not yet known, but plausible based on current knowledge.”

Dr Danielle Anderson, a leading virologist studying COVID-19 disease at Duke-NUS Medical School in Singapore, told Al Jazeera that without direct evidence, it was difficult for official bodies and scientific organisations to be so direct, but the practice was probably not a good idea.

“We can speculate that the virus can be spread on utensils due to the saliva, but without actually testing [or swabbing utensils], we can’t give a definitive statement,” she said. 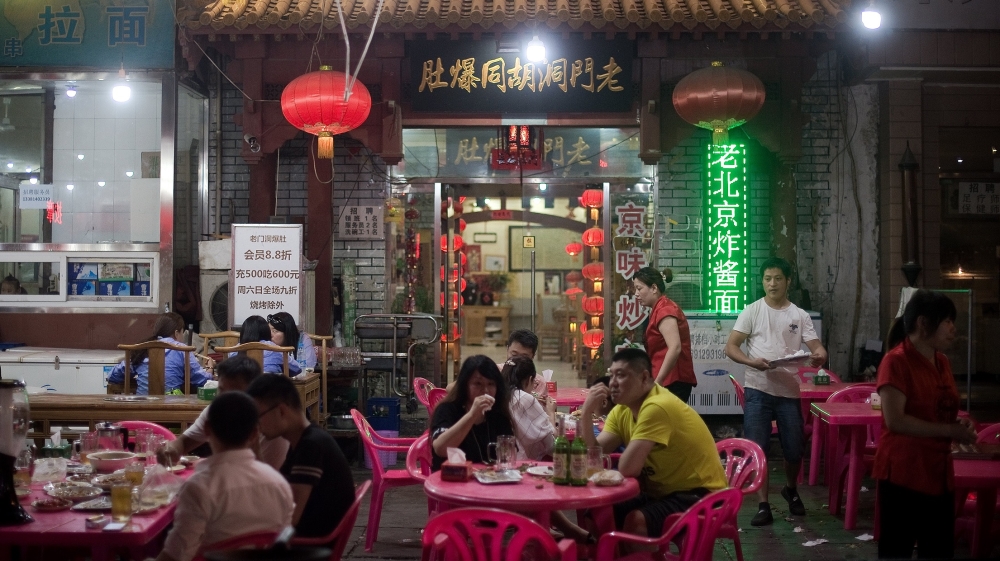 “Sharing food [utensils] during meals would aid in transmission of nCoV and I would recommend against doing so,” she added.

“The virus can be transferred from saliva to chopsticks to the common dish, and depending on the temperature, the virus would survive to be transferred to the next person via their chopsticks,” Ronald St John, former director general of the Centre for Emergency Preparedness and Response at the Public Health Agency of Canada, told Al Jazeera. 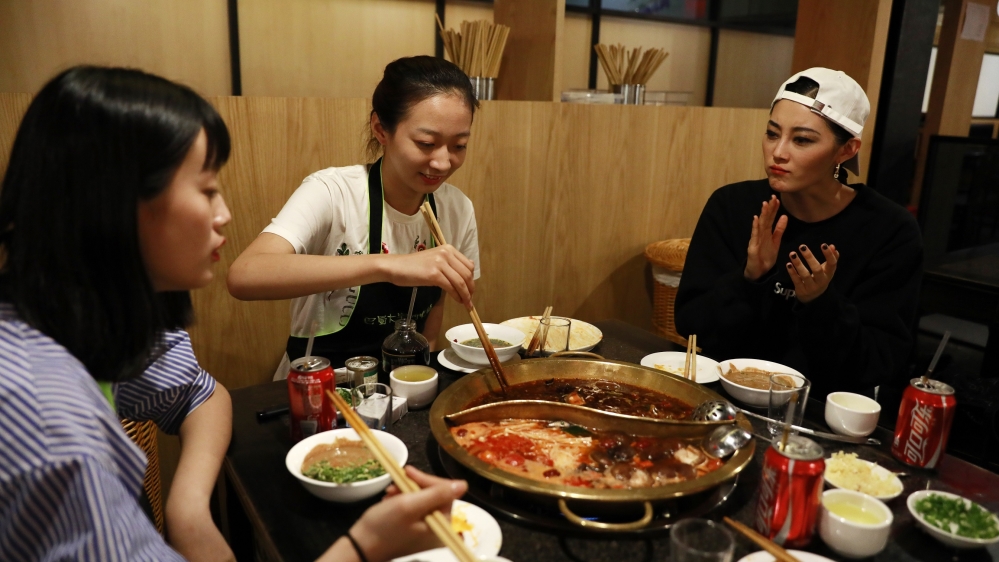 The grassroots action in China is being pushed by the People’s Daily, the official newspaper of the Chinese Communist Party, along with local health commission bureaus, restaurant groups like the Guangdong Catering Service Industry Association.

“Civilisation” organisations, such as the Guangzhou Civilization office, are usually responsible for campaigns against spitting in public, improper queueing, or littering.

“Unfortunately, this is very common,” Chen Xi, president of the China Health Policy and Management Society, told Al Jazeera regarding the practice, which is common not only in China but also in other parts of Asia.

“Sharing dishes with one’s own chopsticks should be recommended against.”

‘Use serving chopsticks and spoons’

Dubbed the “war against the epidemic at the tip of your tongue – a campaign for use of public chopsticks”, the organisations are encouraging people to use serving chopsticks and spoons at the table, whether eating at home or outside, to prevent further spreading of the virus and ensure the safety of diners once restaurants begin to open again.

Significant evidence has already accumulated on family clustering of coronavirus cases, and there have been several anecdotal incidents reported where entire families became ill after sharing common meals over the Lunar New Year period when the outbreak first hit. 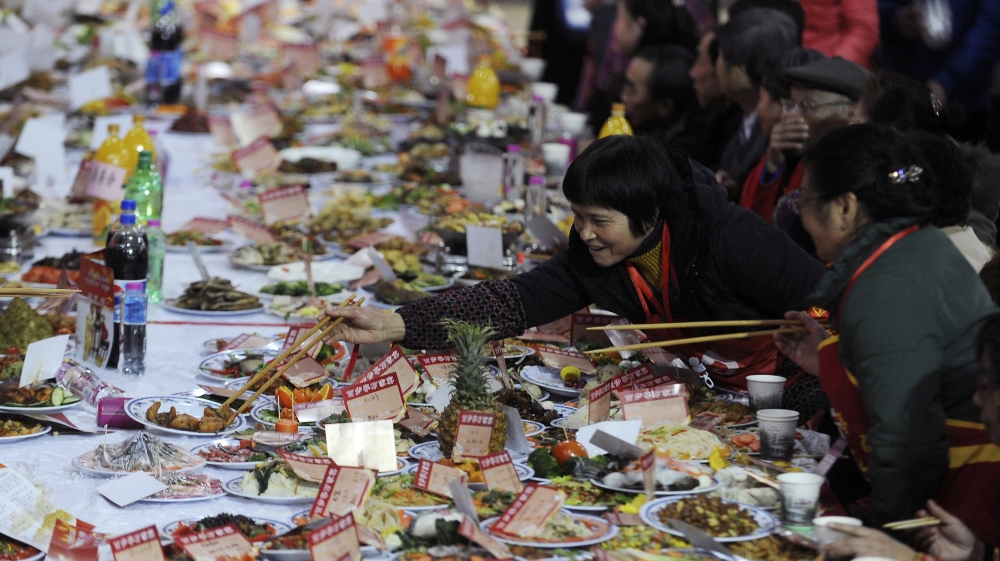 The WHO acknowledged in late February that recent studies had shown between 78 and 85 percent of confirmed cases in the provinces of Guangdong and Sichuan were among family clusters – meaning family members transmitted the virus to one or more other family members through close contact.

Transmission could take place in a variety of ways in such cases, and not only through chopsticks repeatedly used to take food from common dishes – in a sense a smorgasbord of possible factors.

“It’s possible that close proximity of shared living spaces, and frequent contact with contaminated surfaces and so on, shapes communal risk and clustering of disease, and thus these moments of eating and sharing are considered a part of the broader ‘ecology of risk’,” Adia Benton, a medical anthropologist from Northwestern University in Evanston, Illinois, told Al Jazeera.

Benton has studied how cultural practices changed during the Ebola crisis in West Africa, where burial services, hugging and handshaking, and eating and butchering customs were altered, sometimes significantly.

“Some of it required mere modification that was amenable to people’s needs and wishes, but others required jarring, sweeping changes,” Benton said. “It seems to me that Chinese people, especially in the most affected areas, have had to abruptly change a lot of things in their daily lives.”

Those changes are likely to continue and could be solidified by local regulations, particularly for a catering industry concerned about people being wary of returning to restaurants even once they are allowed to reopen.

Not only have media and social organisations begun to launch these campaigns to encourage people to adopt the use of serving utensils, local governments are springing into action as well.

The island province of Hainan, also a favourite tourist destination, and a leader in partnering with the People’s Daily on the campaign, has begun to impose rules for restaurants that require diners to use serving utensils at their tables.

Several cities in southern Guangdong province have also begun to adopt similar measures as has the metropolis of Shanghai.

Guangdong Catering Service Industry Association declined to comment to Al Jazeera about why it has joined the campaign, stating that it did not accept interviews.

In the far western province of Gansu, capital city Lanzhou has also encouraged the use of serving utensils, with dozens of other cities across the country beginning to follow suit.