Protesters are objecting to a new education bill which would overturn a ban on police being deployed on university campuses. Many thousands took to the streets of Greece’s capital Athens and the northern city of Thessaloniki as protests led to fights with police over the bill which is being debated and voted on today. The bill is feared, by opponents, to lead to a return to the Greek military junta in the 60s and 70s while politicians say it will help tackle crime on campus.

It is believed over 4,000 people have attended the protests which have been occurring over the past few weeks.

The country’s political parties across the spectrum have slammed the demonstrations as Greece deals with the coronavirus.

A protest ban was introduced which would fine anyone who was part of a gathering of more than 100 people.

Fines of £2,600 would be given to anyone breaking the rules. 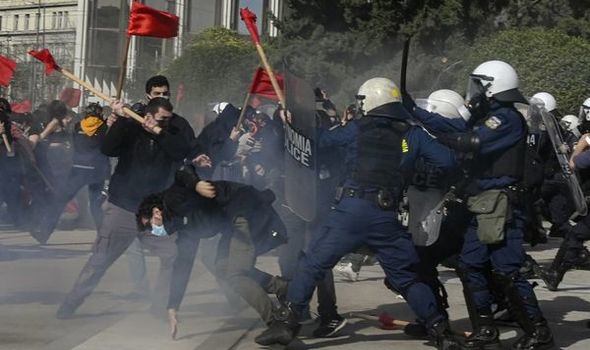 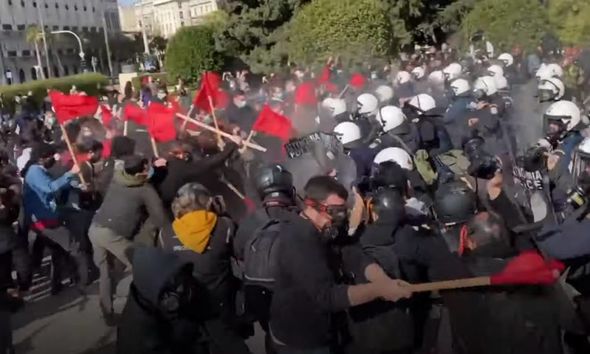 Vaggelis, a student who attended the protests, said: “While there are not enough funs and proper infrastructure at universities the government chooses to spend money on police and disciplining students.

“Students say there is no way this law will be applied.”

The ban of police on campus has been put in place since the 1980s.

Politicians warn the campuses have become hotbeds for criminal activity so need to be manned by police.

Among the proposals for a campus police force, the education bill will also limit the time for students to complete their degrees.

It will also look at teachers’ performances and grade them on how well they doing.

SYRIZA party leader Alexis Tsipras said in the Greek parliament on Wednesday: “You (Education Minister Niki Kerameus) are bringing the bill without carrying out a dialogue with the educational community bodies and while parliament is functioning under a special regime…

“You bring a bill that provokes reactions, despite the fact that university officials, students, even police officers and members of your party oppose it. 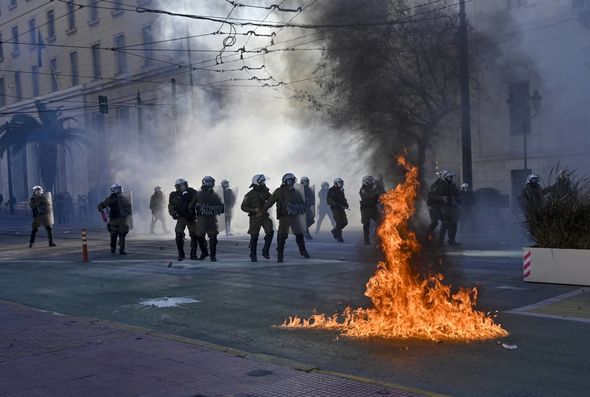 “You insist, even if though you are opposed by the overwhelming majority of parents and pupils, who cannot express themselves and are doing classes online.

“All this at a time when our minds and thoughts are fully occupied by the pandemic and how we can avoid catching the coronavirus.”