KASTANIES/LESBOS, Greece (Reuters) – Greek riot police and troops used water cannon and tear gas on Wednesday against hundreds of migrants as they made another attempt to cross the border from Turkey into Greece. 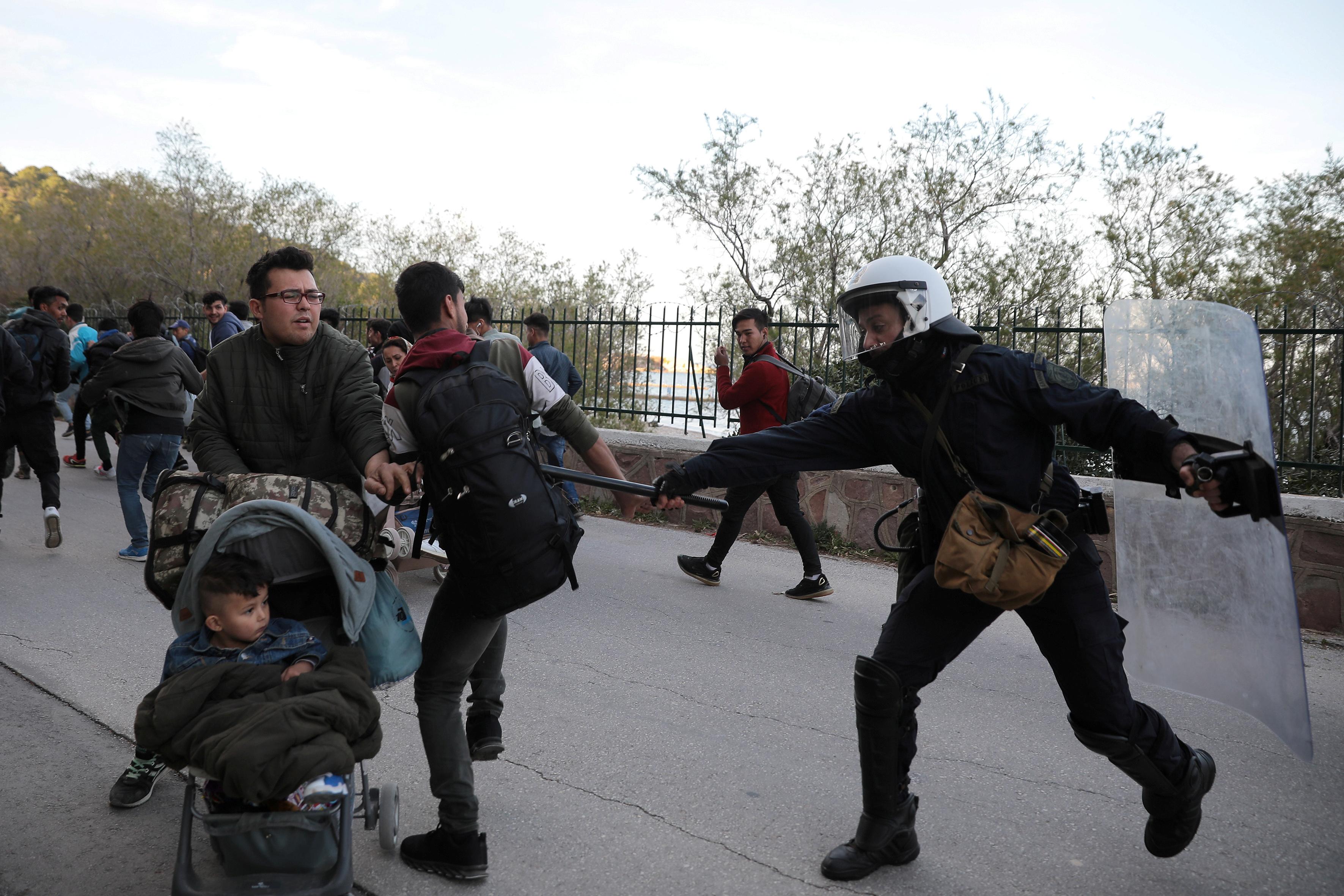 Plumes of black smoke drifted above the Kastanies border crossing, and a fire engine raced by to put out smoldering blazes. Greek soldiers also fired warning shots into the air.

A Reuters witness saw teargas cannisters being thrown from the Turkish side of the border toward Greek police over a high razor wire. It was not clear who was hurling the cannisters.

Video footage showed some migrants carrying an injured man away from the border. It was unclear how he had been hurt.

A Greek army vehicle equipped with loudspeakers informed the migrants in Arabic and other languages that the border is shut.

More than 10,000 migrants have been trying to breach the border since Turkey said last Thursday it would no longer abide by a 2016 deal with the European Union to halt illegal migration flows to Europe in return for billions of euros in aid.

Greece and the EU accuse Turkey of goading on the migrants in an effort to “blackmail” Brussels into offering more money or supporting Ankara’s geopolitical aims in the Syrian conflict.

Turkey, which already hosts 3.6 million Syrian refugees and faces another influx from an upsurge in fighting in northwest Syria, says the EU is not providing anything like enough help to deal with the scale of the migrant crisis.

“I call on European Union countries, namely Greece, to act in line with the Human Rights Declaration and respect the migrants arriving on their land,” Erdogan told lawmakers of his ruling AK Party on Wednesday.

He repeated his allegation that Greek coastguard vessels were trying to sink boats carrying migrants across the Aegean from the Turkish coast to Lesbos and other Greek islands, something Athens also denies.

A number of dinghies have arrived on the Greek islands from the nearby Turkish coast in the past week, though choppy seas discouraged sailings for a second consecutive day on Wednesday.

A navy ship docked at Lesbos port will take in 508 migrants who have arrived since March 2 once they have been identified, a coastguard official said. He did not say where the ship would take them.

Hussein, in a group of about 100 migrants which arrived in Lesbos four days ago and has been camping on the shore, said he left Afghanistan with his 17-year-old brother a month ago and crossed Iran and Turkey before reaching the island by dinghy.

“Our future is going to be bright because I am an educated person so I don’t need much help. I want to complete my education and then I will need a job,” he told Reuters.

EU leaders on Tuesday pledged 700 million euros in aid for Greece and urged Turkey to hold up its end of the 2016 accord.

They fear a repeat of the 2015-16 migrant crisis, when more than a million migrants came to western Europe via Turkey and the Balkans, straining European security and welfare services and boosting support for far-right parties.

Hungarian Prime Minister Viktor Orban, known for his tough anti-immigrant stance, said on Wednesday 130,000 migrants had already passed the Greek border from Turkey and that they must be stopped as far south as possible.