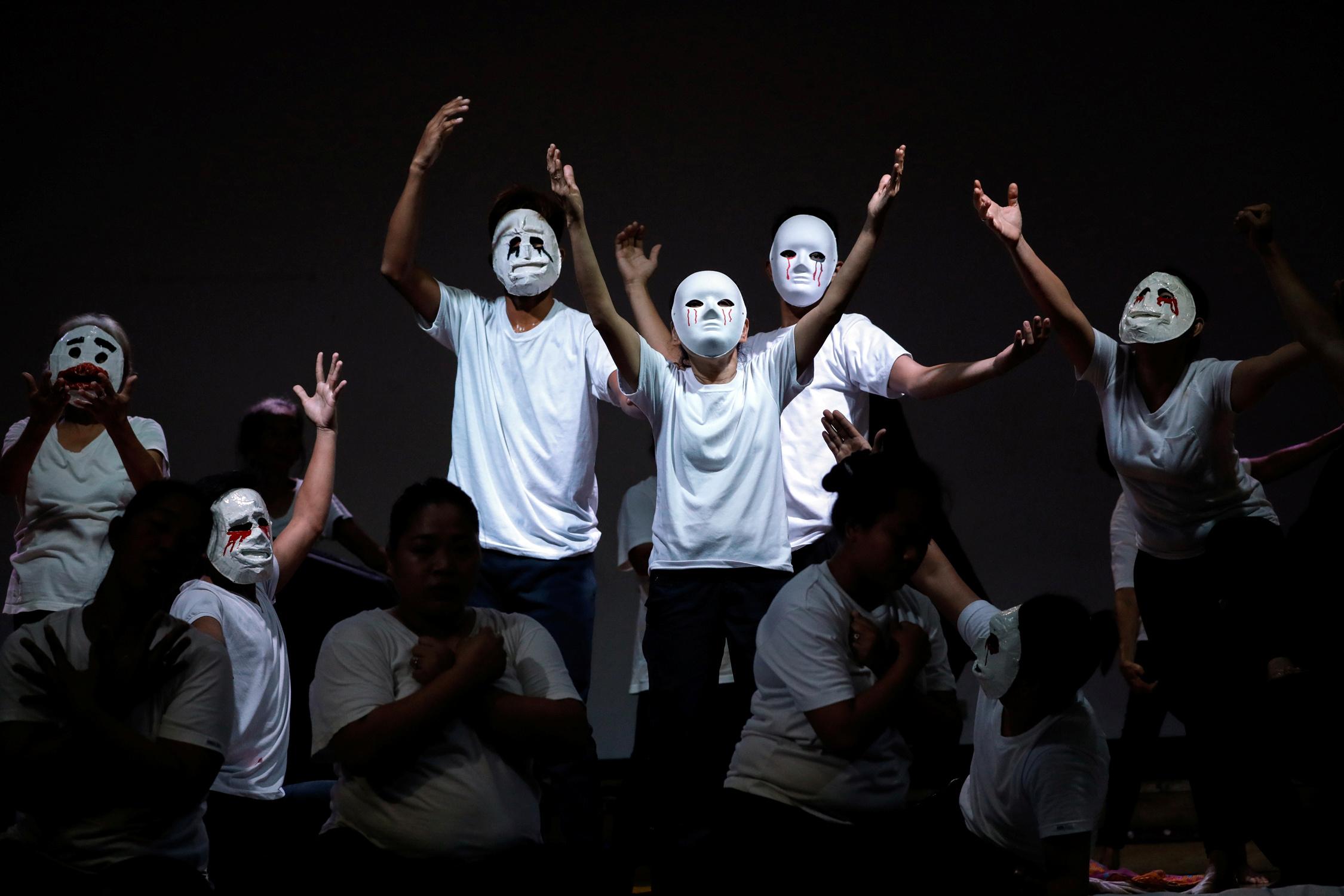 MANILA (Reuters) – Relatives of some of the thousands killed in the Philippines’ war on drugs acted out their journey of loss and healing in a theater performance in Manila on Wednesday, capping a month-long therapy program for grieving urban poor families.

Bereaved mothers, wives and children took to the stage at a high school in the business center of the capital in front of a crowd of 500, most of them students. They danced to pop songs, and performed monologues and political sketches.

“If you would look at the performers, there are so many smiles. They were dancing in joy,” said organizer Flavie Villanueva, a former drug user-turned-priest who is critical of President Rodrigo Duterte’s anti-narcotics campaign.

“The first time they came to me, there was nothing but tears, anguish and anger,” said Villanueva, who launched ‘Paghilom’ – ‘healing’ in Tagalog – in 2016 to comfort grieving families.

More than 5,600 suspected drug dealers and users have been killed in police anti-narcotics operations since Duterte took office in July 2016, according to government data. Thousands more died in mysterious circumstances, some shot dead by masked gunmen riding pillion on motorcycles.

“Through ‘Paghilom,’ I let out all my tears,” said Analyn Mamot, 33, whose husband, an illegal drugs user, was killed by unidentified gunmen two years ago. “Now I feel new, like a new personality is alive in me.”