Home » World News » Have Your Say: Should Charles apologise to Canada? ‘It’s not enough’

Have Your Say: Should Charles apologise to Canada? ‘It’s not enough’ 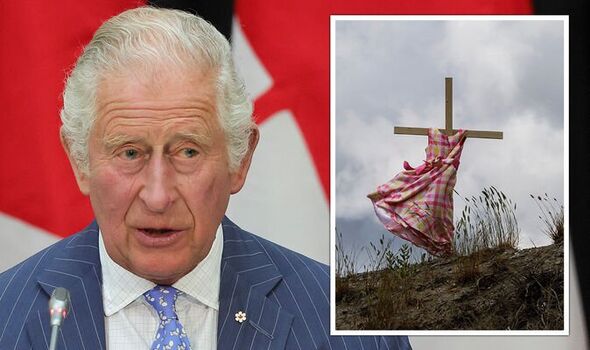 You can add your voice to the tens of thousands of comments posted daily on Express.co.uk and have your say on the big issues facing the country today.

Prince Charles has refused to apologise on behalf of the Queen for decades of genocidal acts carried out by government schools, RoseAnne Archibald, national chief of Canada’s Assembly of First Nations, said this week.

The Prince attended a meeting alongside prominent representatives of Canada’s native population and Prime Minister Justin Trudeau, in which he was brought to task over the Anglican church’s oversight of government schools that systemically killed natives for decades in the 20th century.

As head of the church, Ms Archibald said she “asked for an apology from his mother the Queen” but did not receive one.

Instead, she said, the Prince told her that he “recognised there had been failures” in the church’s conduct between the late 1800s and 1997 – when the last school closed.

The Anglican Church of Canada has offered an apology alongside the Canadian government, United Church of Canada and Roman Catholic and Presbyterian churches, and Ms Archibald still hopes for one from the monarch.

She added: “It’s not enough, it’s a first step, we have yet to hear an apology and when that apology happens that again will just be one step on the road to healing for First Nations.”

HAVE YOUR SAY RIGHT NOW – JOIN THE EXPRESS READER DEBATE IN OUR COMMENTS SECTION.