How a $0-budget movie ‘topped the US box office’ 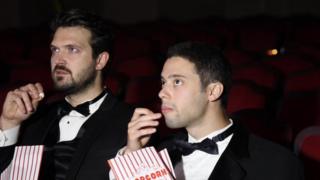 The big-budget productions, directed by the likes of James Cameron, Steven Spielberg and Ridley Scott, regularly draw the biggest crowds at cinemas across the US and beyond.

But on 10 June, one box office-topping movie was watched by just two people, in one cinema.

Nationwide, the movie hit the top of the charts, according to reputable revenue tacker Box Office Mojo.

The budget of the movie: a flat $0. How was that possible?

The movie was the brainchild of Eric Tabach, an actor and YouTuber from Philadelphia, Pennsylvania, and filmmaker Christian Nilsson, from New York City.

When the coronavirus pandemic shuttered movie theatres in March, the pair saw an opportunity in the crisis.

Given no big films were being released in cinemas, they wondered if they could hit the top of the charts if they made their own movie, DIY style.

“I noticed that the box office figures were absurd; $9,000, $15,000 for each movie. Nothing big was coming out. Blockbuster films were on hold. I wanted to find a way to get the biggest number,” Mr Rabach told the BBC.

A cunning plan, befitting of the silver screen itself, was devised.

To reach the top of the box office, Mr Rabach and Mr Nilsson realised they had to game the system. They did so by exploiting a loophole in cinema ticket sales, known as four-walling.

“Four-walling is when distributors rent out a movie theatre and buy all the seats,” Mr Rabach, who used to work at BuzzFeed making viral videos, explained.

“So they pay a flat fee to the theatre, and any money they make off seats goes straight into their pockets. The moment we realised that was an option of distribution, we went for it.”

With Hollywood essentially mothballed during the pandemic, Mr Rabach and Mr Nilsson knew their movie had a solid chance of raking in the biggest one-day revenue total.

With little more than a concept and a can-do attitude, the pair set to work on making the movie.

Mr Nilsson wrote the script in one day. The movie is about five YouTubers who join an online video-call and find themselves haunted and hunted by a mysterious internet troll.

Mr Rabach enlisted the help of his friends to star in the movie. To his surprise, he managed to sign up some prestigious actors.

The movie’s protagonist, the killer, was played by Charlie Tahan, best known as Wyatt Langmore in Netflix series Ozark. The co-star, Michelle Khare, has been cast in a soon-to-be-released series on HBO Max. 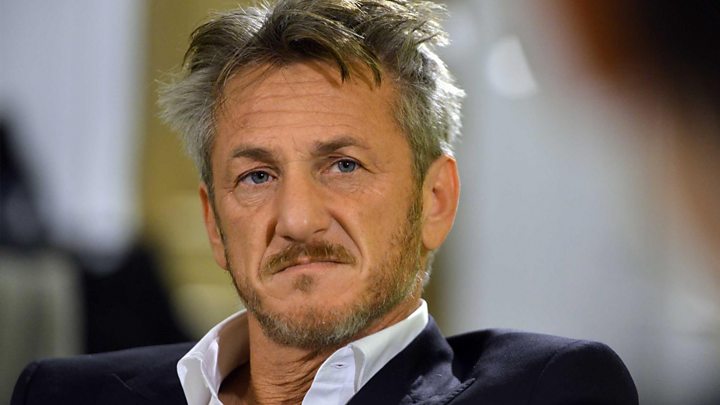 “They were really excited to be a part of something,” said Mr Rabach, who himself appeared in the film.

“It was at a point in the quarantine when everyone was really bored. Absolutely nothing was going on. Everyone wanted to be a part of this fun project, for free.”

They shot the movie over five days in May, only using Zoom to capture footage. Mr Nilsson then edited the footage and asked a friend to compose a score. Within weeks, it was cinema-ready.

They decided to screen the movie at an independent theatre in Westhampton Beach, outside New York City, where Mr Nilsson used to work. To rent the theatre, they were required to pay a small fee.

In that sense, “we made a slight loss” on the movie, Mr Rabach said.

On the night of the screening, the pair went to town, as pictures posted to Facebook show.

Dressed in tuxedos, with their hair neatly swept back, Mr Tabach and Mr Nilsson stood proudly outside the theatre. Above their heads, the theatre’s hoarding bore the title of their movie. Unsubscribe, it read, above the words “sold out”.

They had bought every ticket, of course, but it did not matter.

“We showed up, got some popcorn, sat down and played it. I’ve never seen an empty movie theatre, not least one playing a film I was in and made. It was a really cool experience. I watched every screening, over and over again,” Mr Tabach said.

Mr Tabach watched the movie five times in total, lapping up every minute of it.

Once the revenue results were in, the next task was to convince IMDb, the owner of Box Office Mojo, their movie was legitimate.

“They kept rejecting us, saying there was no proof,” Mr Tabach said. “So we sent them pictures of the actors, but they kept on doubting the entire thing. When media outlets started reporting about the film, it was eventually approved.

“Now it’s officially number one on IMDb, which is crazy. It was number one for 10 June.”

The movie in second place, The Wretched, was screened in 99 cinemas, earning $22,566 in revenue.

Unsubscribe may only prove to be a one-off hit, an obscure trivia question on a pub quiz, perhaps.

But Mr Tabach said the film, which can be viewed on streaming platform Vimeo, represents more than a box-office ruse.

“No matter what, you can always find creative ways to get something done. Even in difficult circumstances. It was cool to see all these people stuck at home come together and make a project,” he said.

More on cinemas during the pandemic: 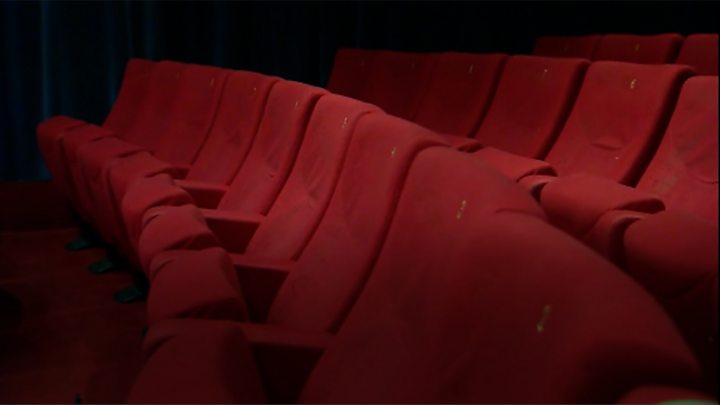