Power lines were downed, farming equipment was toppled, and part of the border wall set up between the US and Mexico was destroyed. The border wall has been a key Trump administration policy for some time – a 2,000-mile physical blockade across the southern border of the United States.

In addition, the weekend’s hurricane toppled multiple 18-wheelers trucks, and the roofs of homes were also damaged, according to reports.

The storm, called Hurricane Hanna, hit US soil on Padre Island – a barrier island along Texas’s southern coast – on Saturday.

When Hanna made landfall, it was recorded as a Category 1 hurricane on the Saffir-Simpson hurricane severity scale.

This is the lowest of five possible categories, but even a Category 1 storm is defined as having “very dangerous winds” likely to cause power outages for several days. 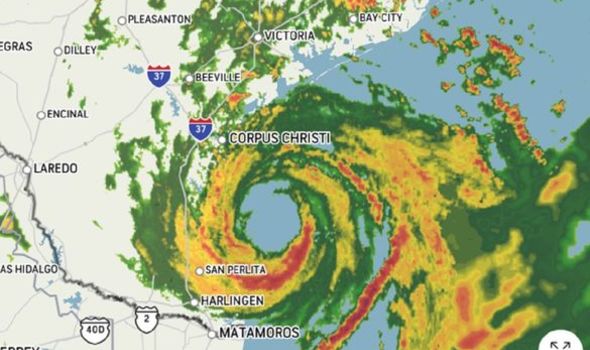 The storm has since weakened to a tropical depression, according to the US National Hurricane Center.

At 4PM CDT – around 10PM last night in the UK – the NHC said the storm had weakened over north-eastern Mexico.

However it added “heavy rain and dangerous flash flooding” are ongoing over north-east Mexico and in south-east Texas.

READ: US forces STORM Chinese consulate in Houston over spying fears after breaking down door 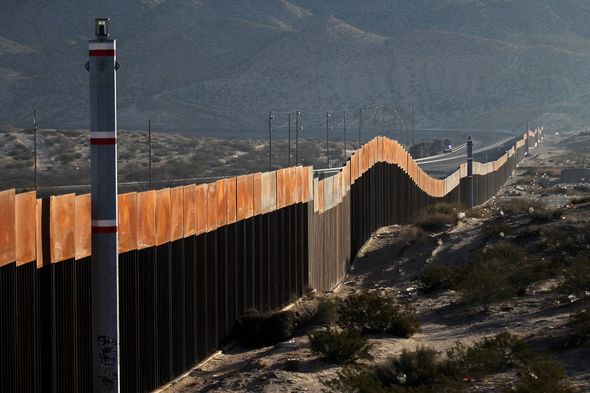 “Flash flooding and mudslides are likely across Northern Mexican states.

“Isolated tornadoes are possible through this evening across parts of south Texas.”

At the time, maximum sustained winds had decreased to roughly 35 MPH, and the hurricane was moving in a west-southwest direction.

The NHC added: “Additional weakening is expected as the center of Hanna moves farther inland. Hanna is expected to become a remnant low on Monday and dissipate by Monday night.” 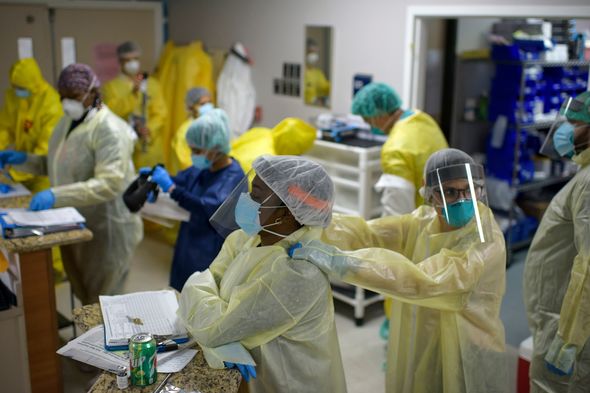 Texas is currently a coronavirus hotspot in the US. The state most recently reported 5,810 new cases of COVID-19 with a total of 381,656 cases.

In comparison, the state recorded an average of 9,116 new cases per day between the 17th and the 23rd of this month, according to the Texas DSHS.

US news outlet Fort Worth Star-Telegram reports Texas’ Starr County has been forced to issue guidelines which will help medical workers in the state decide how to allocate medical supplies.

In addition, a committee will decide which COVID-19 patients are most likely to die – such patients will be sent home with family, according to Jose Vasquez, the county health authority. 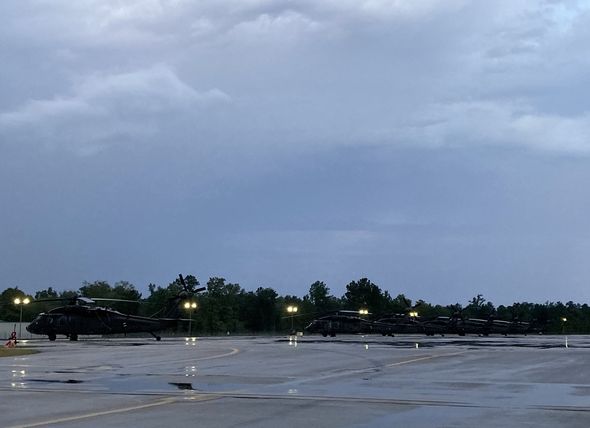 On the Saffir-Simpson scale, storm severity is defined into categories from one to five, with five being the most severe.

A Category 3 storm will cause “devastating damage”, with roads blocked by trees and electricity and water supplies “unavailable for several days to weeks after the storm passes.”

The damage caused by a Category 5 storm is defined as “catastrophic”, with a “high percentage of framed homes” destroyed.

The NHC states that in this event, the majority of stricken areas “will be uninhabitable for weeks or months”.