Isaias strengthened into a Category 1 hurricane with maximum sustained winds peaking at 85 miles per hour. The National Hurricane Center (NHC) said Isaias made landfall at 11:10pm EDT (3:10am GMT Tuesday).

Storm surges and life-threatening winds were expected along the coast of the Carolinas in the US.

Heavy rains inland may unleash flash floods in the area.

NHC said: “Only gradual weakening is anticipated after Isaias makes landfall in the Carolinas and moves across the U.S. mid-Atlantic region.”

Isaias briefly weakened and turned into a tropical storm. 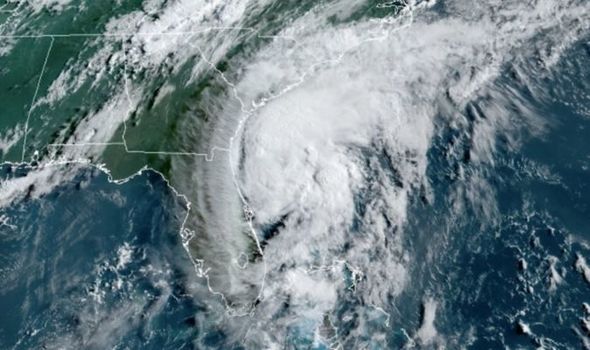 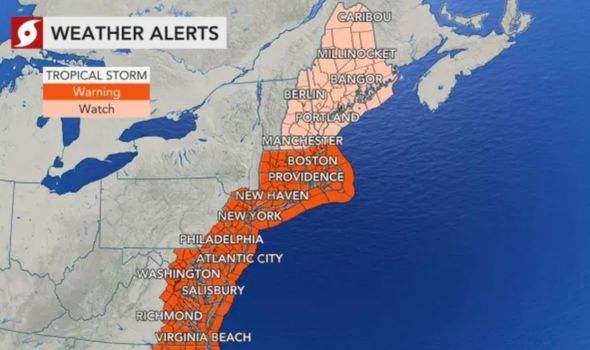 But on Tuesday it created an immediate threat to the US East Coast including the South Carolina tourist resort Myrtle Beach and the North Carolina port city of Wilmington.

NHC warned the Carolinas: “Preparations to protect life and property should be rushed to completion.”

In 2012, New York was devastated by Superstorm Sandy. 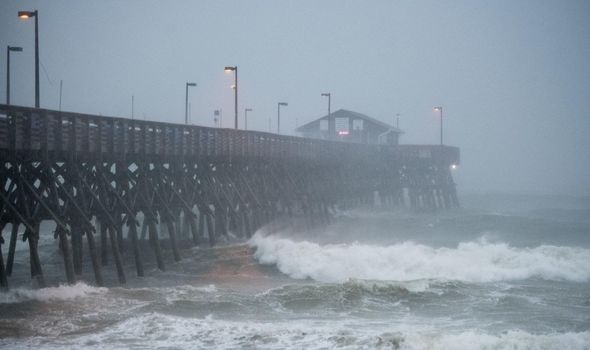 Local officials on the US East Coast ordered evacuations due to the threat of Isaias.

A storm surge alert was issued for a 180-mile stretch of the coastline from Folly Beach, South Carolina, to Cape Fear, North Carolina. 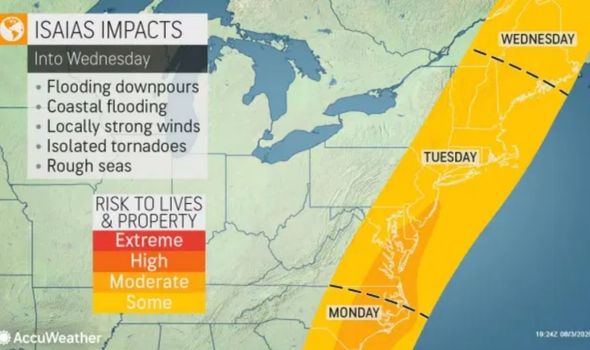 High-water vehicles, swift-water teams and helicopters were standing by in North Carolina.

Mr Cooper said: “North Carolinians have had to dig deep in recent months to tap into our strength and resilience during the pandemic.

“But we have to dig a little deeper.

“Let’s keep each other safe from the wind and water, as well as from the virus.” 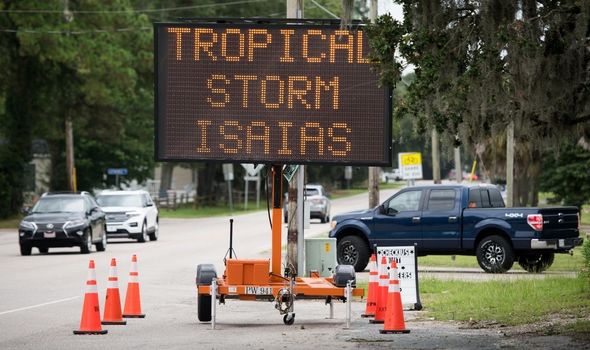 But some people chose to ignore the order and visit the island spot despite the hurricane threat.

Kevin Rowe from Indiana did not let the storm stop his family’s first visit to North Carolina’s Outer Banks.

Mr Rowe and his wife have been travelling the world for 11 years together.

He said: “We’re a little bit of risk-takers.”

Isaias is the ninth named storm from the 2010 Atlantic hurricane season.