In a bind over Turkey, EU finds money to contain immigration

BRUSSELS (Reuters) – European Union countries offered more money on Wednesday for border policing in Greece and humanitarian aid in Syria’s Idlib, but they were in a bind over Turkey as they sought to avert a mass influx of migrants. 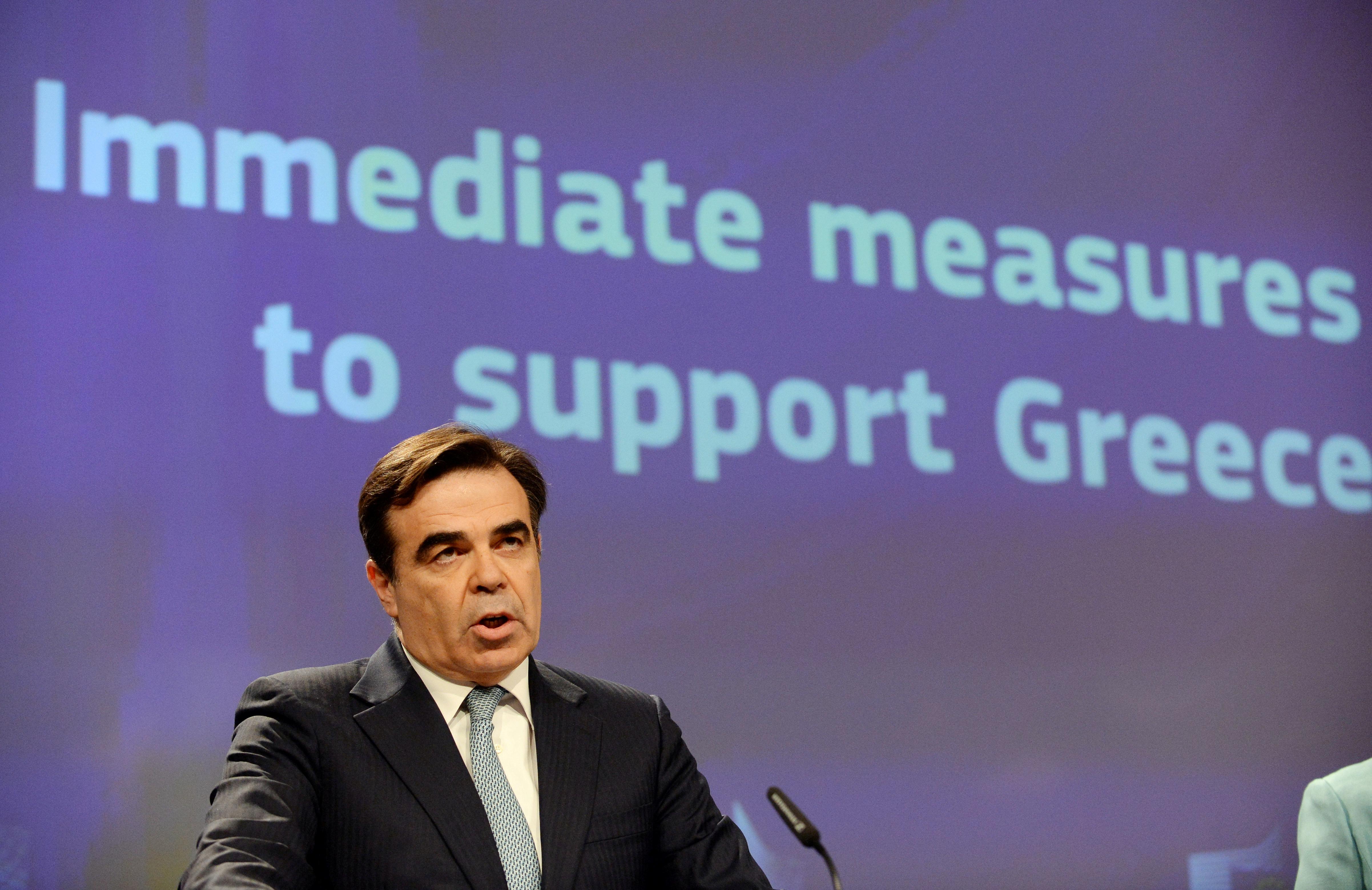 EU interior ministers met in Brussels on Wednesday for emergency talks, to be followed by foreign ministers on Thursday and Friday, as some 25,000 refugees and migrants gather on the Greek border, seeking to cross into Europe.

That came after Turkey – citing the latest fighting in Syria – backed away from a 2016 deal with the EU to keep refugees and migrants away from Europe.

In a joint statement, EU ministers recognized “the increased migratory burden and risks Turkey is facing” but also denounced “Turkey’s use of migratory pressure for political purposes.”

“This situation at EU’s external borders is not acceptable,” they said, in calling on Ankara to stick to the 2016 pact.

Greek riot police used water cannon and tear gas on Wednesday against migrants at the frontier, while the EU was sounding out President Tayyip Erdogan on his demands in exchange for Ankara’s reverting to keeping refugees at bay.

“Turkey is not an enemy, but people are not weapons either,” the EU’s top migration official, Margaritis Schinas, said in explaining that 700 million euros’ worth of extra EU funding for Greece would fortify the bloc’s external border there.

The EU is also preparing to offer 60 million euros in new humanitarian aid to Idlib, diplomats said. The city has been the latest flashpoint in the nine-year-old war in Syria, where Russia-backed Syrian forces fight rebels supported by Turkey.

EU member states are divided over Turkey. Greece and Cyprus push a tough line, focusing on border tensions and condemning what the bloc sees as Erdogan’s migration “blackmail”.

Others are willing to offer further aid to support some 3.7 million Syrian refugees stranded in Turkey, on top of the 6 billion euros already granted in 2016.

The EU is desperate to avoid any repeat of 2015 and 2016, when more than a million refugees arrived on its soil, overwhelming security and welfare systems and fuelling support for euro-sceptic and nationalist groups across the bloc.

But EU’s ties with Turkey, a NATO ally, are strained over human rights and security issues, as well as Ankara’s hydrocabons drilling in east Mediterranean.

At the same time, EU countries have been at loggerheads since 2015 over how to share out people arriving in the bloc, leaving some – like Greece or Italy – weighing under the burden, and others – like Poland or Hungary – refusing to host refugees.

With bitter divisions damaging the bloc’s unity, the EU turned to Turkey to prevent arrivals in the first place – and put itself at the mercy of Erdogan.

Human rights groups decried Athens’ hard-nosed action on the border and its decision to suspend accepting asylum claims, but the EU expressed solidarity with Greece.

“The right to asylum does not mean that Erdogan can send how many migrants he wants into the European Union,” EU Home Affairs Commissioner Ylva Johansson told journalists on Wednesday.