SRINAGAR/NEW DELHI (Reuters) – India blocked roads in Kashmir on Thursday after the insurgency-torn region reported its first case of coronavirus, as several other parts of the country imposed restrictions on public gatherings in attempts to prevent its spread. 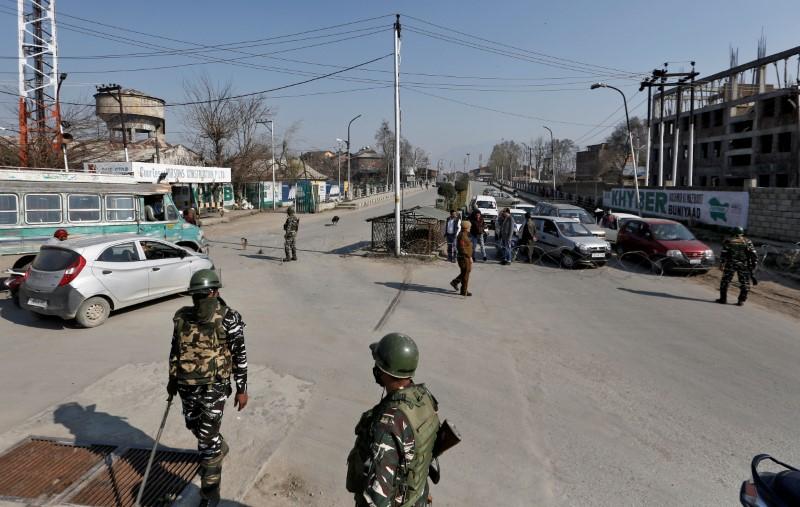 Densely-populated South Asia has been slow to be hit by coronavirus compared to elsewhere in the world. But new cases in India, Pakistan, Afghanistan and Sri Lanka are all accelerating, with the total across the region topping 500. Five people have died of the disease in the region.

Authorities worry that these countries could be especially at risk should the virus begin to spread locally, due to poor health facilities and infrastructure.

In Kashmir, dozens of people told Reuters they had been prevented from leaving their neighborhoods on Thursday because roads were blocked by police and paramilitary units.

Srinagar’s senior superintendent of police Haseeb Mughal told Reuters that road blockades across the valley had been imposed to prevent the spread of the virus.

“I had to go to take my mother to hospital in Srinagar but the police has closed the road,” said Mohammed Ayub, from the nearby town of Budgam.

“I am waiting here for the last two hours. I can’t even go home now as the road is blocked due to a traffic jam.”

Muslim-majority Kashmir, also claimed by India’s arch-rival Pakistan, has been relatively unaffected by the virus, reporting its first case on Wednesday evening. But the picturesque valley of seven million is one of most militarized places on earth due a decades-long insurgency against Indian rule, and its residents have been subject to prolonged curbs on freedom of movement.

An internet shutdown that began in August following sweeping constitutional changes in Kashmir has only just been eased.

Several other areas in India have introduced curbs on public assembly as coronavirus cases in the country rose to 166.

Similar restrictions were also introduced in Noida, a satellite city of New Delhi.

India’s financial hub of Mumbai expanded its partial shutdown of offices to government buildings on Thursday, with at least half the staff ordered to work from home.

The spread of the virus continued to hit markets across the region. The Indian rupee fell to a near-record low against the dollar, with Pakistan stocks hitting their lowest level in five years.

Since emerging late last year in the Chinese city of Wuhan, the flu-like coronavirus has infected over 218,000 people and killed nearly 9,000.