JAKARTA (Reuters) – An Indonesian court convicted six activists of treason for organising a protest demanding independence for the easternmost province of Papua, in a verdict slammed by rights groups. 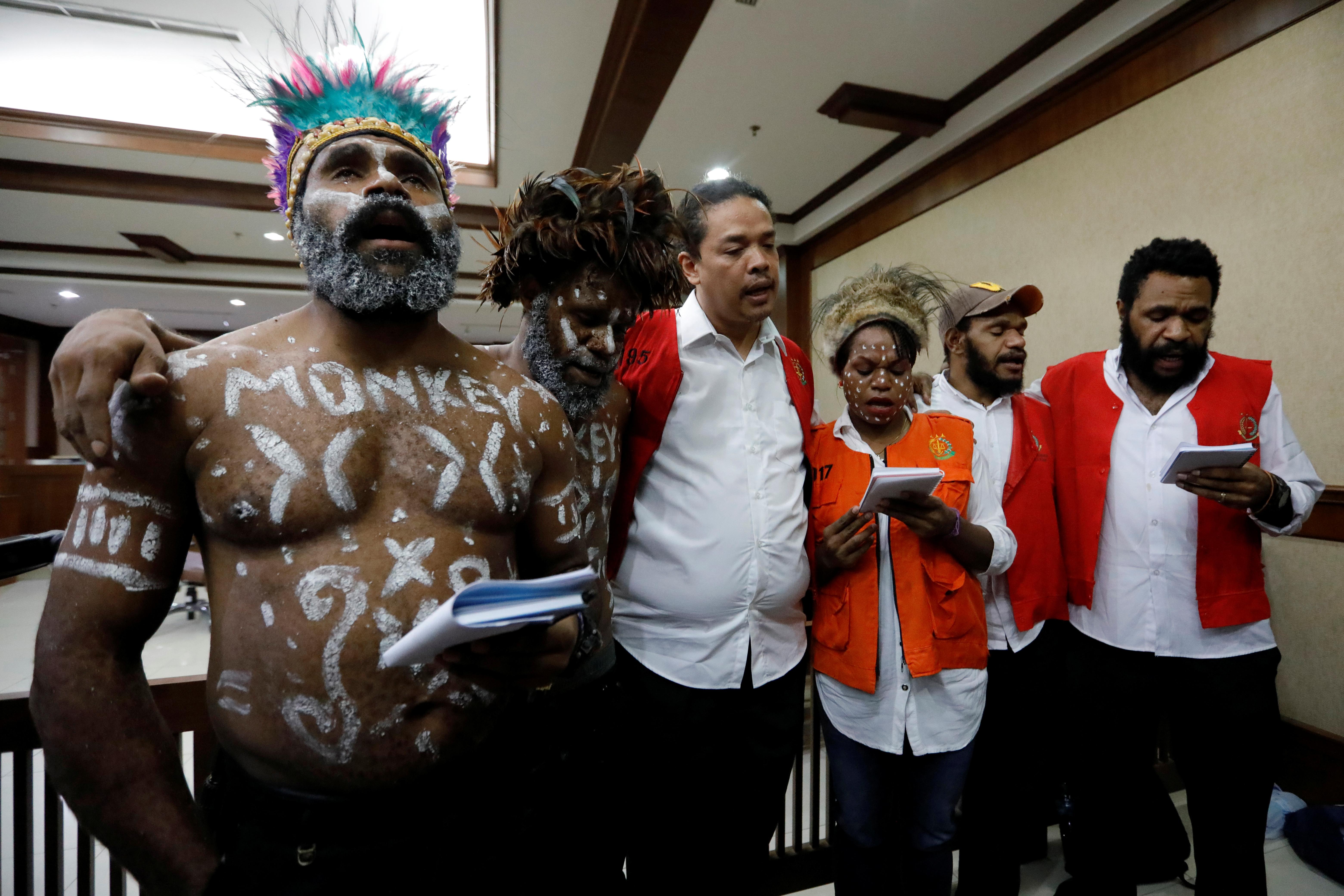 The peaceful protest of about 100 people had been held outside the presidential palace and military headquarters on Aug. 28 in the capital of Jakarta and followed a period of unrest in Papua.

In a sentencing hearing on Friday held online due to the coronavirus outbreak, Judge Agustinus Setya Wahyu Triwiranto said he had found the six defendants “guilty of treason”.

Activists Ambrosius Mulait, Surya Anta, Charles Kossay, Dano Tabuni, and Arina Elopere were convicted and sentenced to nine months in prison, while Isay Wenda was given an eight-month sentence.

All six have been held in prison since August. Prosecutors accused them in December of organising a rally demanding the Indonesian government allow a vote in Papua to let it separate from Indonesia.

International rights groups Amnesty International and Human Rights Watch criticised the convictions, stating that the activists had been attending a peaceful rally over perceived ethnic discrimination.

“The six who were sentenced today did nothing but attend a peaceful protest, enjoying their rights to freedom of expression and assembly,” said Amnesty International Indonesia director Usman Hamid.

Amnesty noted the six activists are part of 57 “prisoners of conscience” from Papua being held for peacefully expressing their views.

Resource-rich Papua was a Dutch colony that was incorporated into Indonesia after a controversial U.N.-backed referendum in 1969, which has since endured decades of mostly low-level separatist conflict.

Thousands of Papuans staged rallies in August to protest an incident that saw a racist slur against Papuan students who were hit by tear gas in their dormitory and detained in the city of Surabaya. The resulting protests were the biggest in years and triggered some calls for independence.

Oky Wiratma, the lawyer for the activists, told Reuters on Saturday the verdict was disproportionate, and the Papuan activists had “protested peacefully against racism”.

He said the six activists were expected to be released in the coming weeks based on the time already served, barring a decision by prosecutors to appeal.

Prosecutors had originally sought 18-months sentences for the activists. Prosecutors were not immediately reachable for comment.