Home » World News » Iraq: Two explosive-laden drones shot down in attempted attack on US base

Iraq: Two explosive-laden drones shot down in attempted attack on US base

Two explosive-laden drones have been down by Iraq’s air defences as they approached a US base.

They were heading for the Ain al-Asad air base, which hosts American forces, west of Baghdad, on Tuesday.

Another attack was also foiled on Monday, after Iraqi air defences shot down two drones as they approached a base hosting US forces near Baghdad’s international airport.

An official added the base’s defence system had engaged “two fixed-wing suicide drones that were shot down without incident”.

They said in a statement: “This was a dangerous attack on a civilian airport.”

There has not yet been a claim of responsibility for the attack. 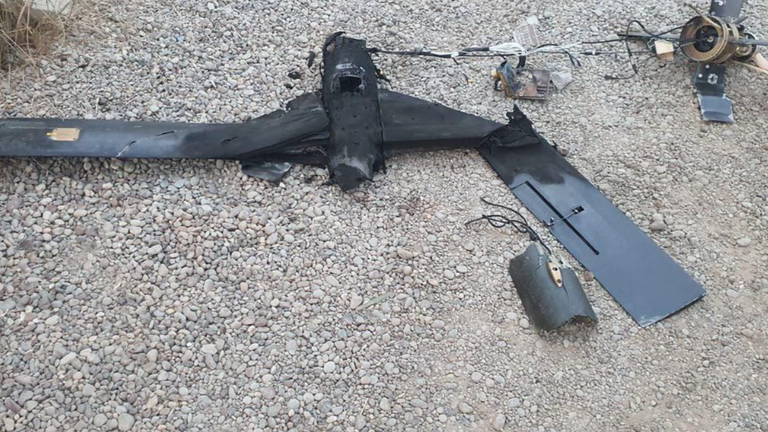 However, some armed groups, which Iraqi officials have said are backed by Iran, have claimed responsibility for similar incidents in the past.

The US is leading the international military coalition fighting Islamic State militants in Iraq and Syria.

The attacks came as Iran and its allies in Iraq also marked the second anniversary of the killing of top Iranian general Qassem Soleimani.

Soleimani was killed on 3 January 2020 in a drone strike near Baghdad airport that was ordered by former US President Donald Trump.

Iranian President Ebrahim Raisi said this week that Mr Trump must face trial for the killing or Tehran would take revenge.

Hundreds of supporters of Iran-backed militia groups also gathered at Baghdad airport on Sunday to mark the anniversary of Soleimani’s death and to chant anti-American slogans.