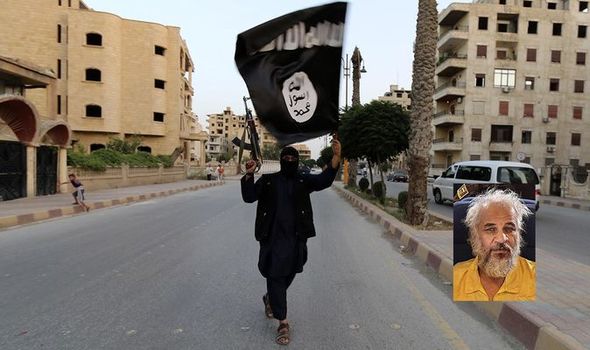 Experts said the arrest has dealt a “devastating blow” to IS and is a triumph for Iraq’s security and intelligence services. Iraqi national Jasim, only the second senior IS leader to be taken alive, will have crucial information about the group’s activities, said IS specialist Hassan Hassan.

He said: “He is involved in the day-to-day operations of ISIS in Syria and Iraq, so strategically and tactically, this is a significant capture for the Iraqis. Usually, IS leaders blow themselves up or fight to the end.”

Iraq declined to give any details of the arrest operation or reveal in which country it took place.

Jasim was branded a wanted terrorist by the US in 2015. A reward of up to £3.6million had been on offer for information leading to his arrest.

It is understood Jasim rose to become head of finance for IS by exploiting Iraqi and Syrian oil and gas reserves as well as minerals and antiquities.

As a trusted deputy to the late IS leader Abu Bakr al-Baghdadi, Jasim was at the heart of the organisation, supervising revenues, money-laundering and investments.

Security experts say the pursuit of the “money men” is a vital element in the campaign against IS. Jasim will have vital information about how the organisation operates and its objectives.

While IS has been driven out of most of the territory it once held in Iraq and Syria, Western military officials estimate it still has at least 10,000 fighters spread across the two countries. Many are holed up in remote areas.

Lieutenant Colonel Joel Harper, a spokesman for the US-led coalition, said: “We applaud our brave Iraqi partners as they regularly lead and conduct destructive blows to the remnants of IS.”

The coalition is working with Iraqi security forces and the Kurdish-led Syrian Democratic Forces in Syria against IS. In Iraq, IS militants still wage regular attacks on police, army and Iraqi state paramilitary units, killing dozens in the past year.