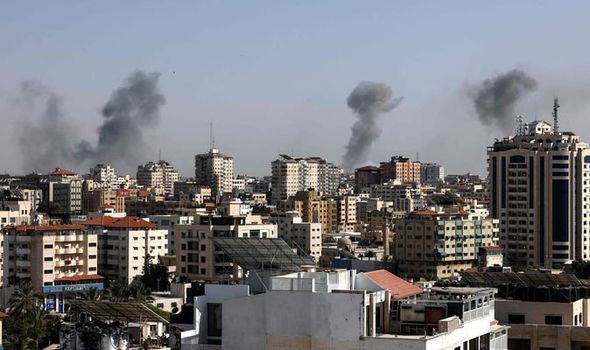 Israel yesterday unleashed new air strikes on Gaza, hitting two high-rise buildings believed to be housing militants, as Hamas and other armed groups bombarded southern Israel with hundreds of rockets as the conflict escalated relentlessly yesterday. The Israeli Defence Force said militants were firing “one rocket every three minutes”. Terrified families on both sides of the Gaza border yesterday told the Daily Express how they are praying for an end to the bloodshed.

Samira Al-Masry, whose two children were killed while they were playing in the street on Monday, said: “I was at home when I heard a huge explosion, and heard screaming.

“Suddenly my neighbour told me that my kids were injured. I went to hospital and I found my kids’ bodies.

“Kids not involved in any military activity.

“Gaza has become the land of death, not just because of war but because of poverty and other crises. We have been living under blockade and we do not have any chance to change our tough reality.

“I will never see them again. They will not come back to wear their new clothes for Eid. I lost my life and I lost my kids. I would rather Israel kill me.

“I can not see an end to this suffering.”

Civilians in Israel hear a deafening alert siren seconds before a rocket lands, giving them a chance to barricade themselves in an air raid shelter.

But in Gaza, there is no such warning. 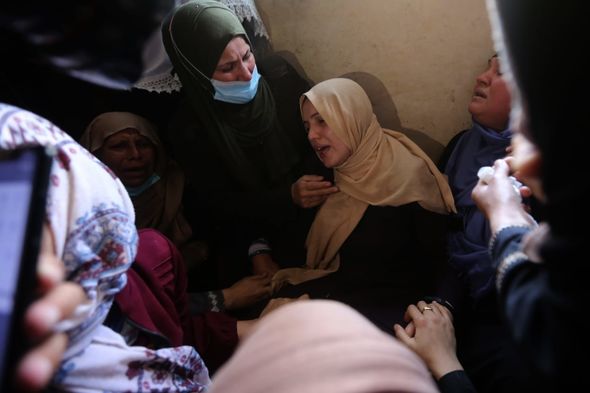 Since Monday, 26 Palestinians – including nine children and a woman – were killed in Gaza, most by air strikes, Gaza health officials said.

The Israeli military said at least 16 of the dead were militants.

Militants in Gaza have also fired hundreds of rockets towards Israel, killing two Israeli civilians and wounding 10 others.

Two Israelis were killed in a rocket barrage on the southern town of Ashkelon, according to Israeli paramedics who said a third person was also in a critical condition.

A rocket also hit an empty school in Ashkelon.

Israeli Prime Minister Benjamin Netanyahu last night vowed to “increase even more the strength of the strikes and also the rate of the strikes” against Hamas and Islamic Jihad militants in the Gaza Strip.

The military said it is sending troop reinforcements to the Gaza border and the defence minister ordered the mobilisation of 5,000 reserve soldiers.

And Lt Col Jonathan Conricus, of the Israel Defence Force, told the Daily Express: “We are targeting Hamas and Islamic Jihad infrastructure and we have enhanced our operations and are prepared to enhance them even more- both in terms of the variety of targets and in terms of their quality so far- we have struck more than 150 military targets in Gaza and we have killed more than 15 terror operatives and we plan to continue hunting them down.” 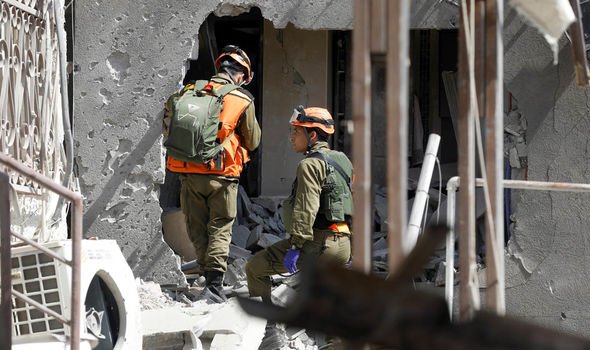 Noor, 33, from Gaza City, said: “Like any mother, all I want is safety for my children and some peace.

“There is a lot of trauma on both sides.

“More than tens of years of escalation, I am afraid its the civilians that are caught in the middle.

“Injuries and fatalities are terrible.

“We feel like we don’t have anything to protect us, no shelters or authority to help our needs when these attacks take place.” 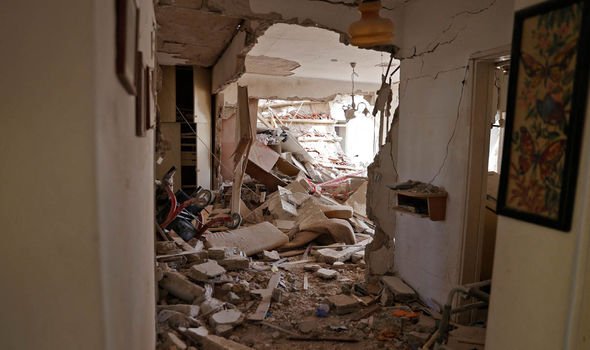 She told the Daily Express, as the red alert siren went off and she pulled out her son from the shower to enter the air raid shelter: “Until about 18 months ago I decided that I am going to stay here in my little town, the place of my childhood since I was 2.

“We live under constant threat of rockets coming from Gaza. My eldest son reacts with panic – he won’t go to the bathroom on his own or eat.

“The Iron Dome is near our house and makes our house shake, I have no idea where it is and that sometimes scares them.

“I tell my kids there isn’t a good or bad Gazan, there are Gazans that want peace like us.

“Of course some are actively trying to harm us but not all. When they send over explosive balloons over the border for kids to pick up, how can you even tell a child not to touch a balloon?

“Being brave is doing the right thing for your children – that may mean one day leaving our home. I hope not. I just want peace.”

Israel and Hamas, an Islamic militant group that seeks Israel’s destruction, have fought three wars and numerous skirmishes since Hamas seized control of Gaza in 2007. 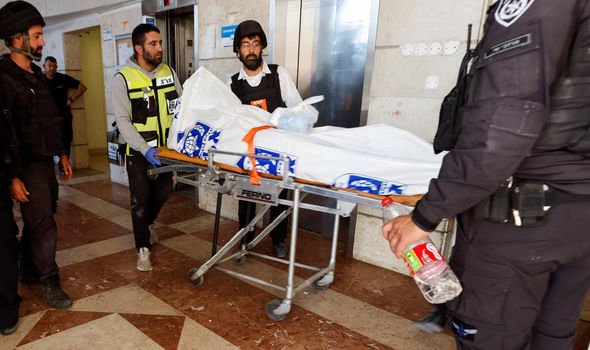 The Israeli military says it assassinated a senior commander of Hamas in Gaza on Tuesday.

It said the militant was the head of the Islamic Jihad’s rocket unit and identified him as Samih al-Mamluk.

The military said other senior militants in the organisation were also killed in the same strike.

Alexandra Skoper, 19, lives in Ashkelon, the Southern Israeli town that was hit by a barrage of rockets yesterday.

She said: “At 5:30am, I heard the biggest explosion that shattered all the glass of our building.

“One of Hamas’ rockets had hit a residential building next door and the family, including the kids, were rushed to hospital with injuries. 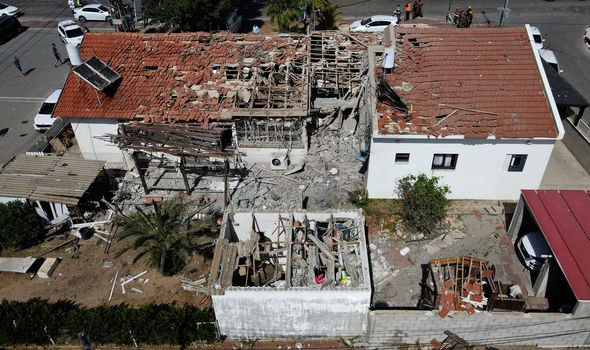 “You never know what’s going to hit you.

“The outside world don’t realise that we are often targeted by rockets and its become a way of life.

“My 7-year-old sister and her peers get a lot of support at school with psychologists and they are taught ways of coping.

“When the red alert sirens sound, we have only five seconds notice to make it to the shelter.

“In Israel each home has to have one, or if you live in apartments there are communal ones.

“Most the time when these rockets are fired towards us from Gaza, we just sleep in there expecting the worst and await the boom.”