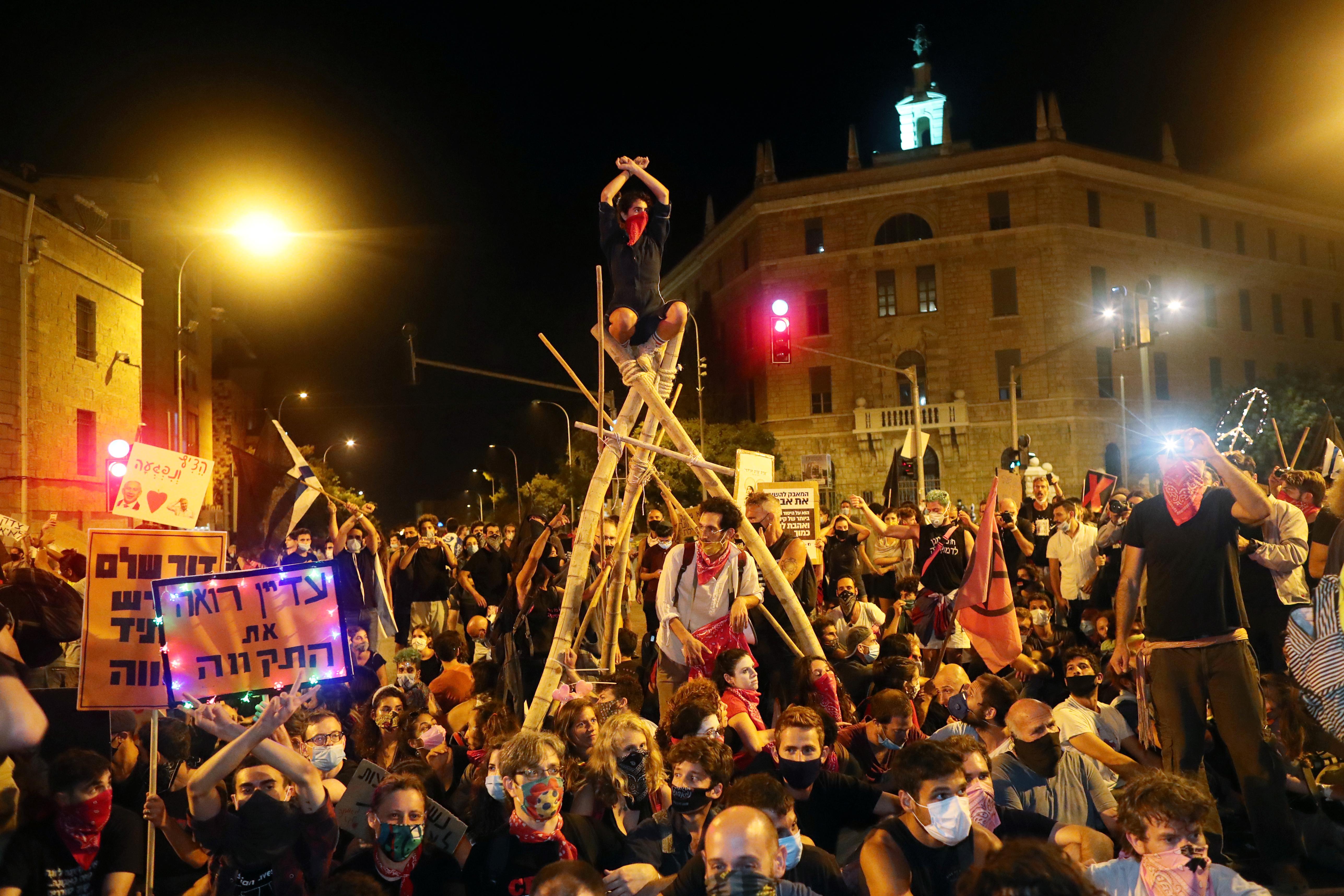 JERUSALEM (Reuters) – Thousands of Israelis protested in Jerusalem on Saturday against Prime Minister Benjamin Netanyahu, and the summer outcry denouncing alleged corruption and the government’s handling of the coronavirus pandemic showed little signs of abating.

A large crowd marched in the streets outside Netanyahu’s official residence, waving signs and flags and calling for his resignation. Some protesters clashed with police, who arrested at least seven people. One police officer was injured.

The protest movement has gained traction in the summer months, with critics accusing Netanyahu of being distracted by a corruption case against him while COVID-19 cases have spiked. He denies wrongdoing.

On Friday Israel passed 100,000 reported coronavirus cases. It has recorded 809 COVID-19 deaths among its 9 million population. The country is in a recession and unemployment hovers above 20%.

Netanyahu has condemned the demonstrations against him, accusing protesters of trampling democracy and the Israeli media of encouraging them. He has argued that Israel’s economy is better positioned than many developed countries hit by the global pandemic.

Saturday’s protest comes just days before an Aug. 25 deadline for the government to pass a state budget. A failure to do so will lead to general elections.