The bleak forecast from the European Union comes as the cash-strapped country’s already weak economy continues to shrink as a result of the pandemic. Brussels’ sombre economic forecasts, the first since the start of the pandemic, may put further strain on Italian government bonds, which were already being tested by markets despite the European Central Bank’s massive purchases.

The European Commission said Italy’s debt was set to spike to 158.9 percent of GDP this year before marginally dropping in 2021, a massive jump from the already huge ratio of 134.8 percent recorded in 2019, and the highest level since World War II.

Brussels’ estimates are gloomier than Italy’s own forecasts.

Rome had predicted at the end of April that the country’s debt would rise to 155.7 percent this year. 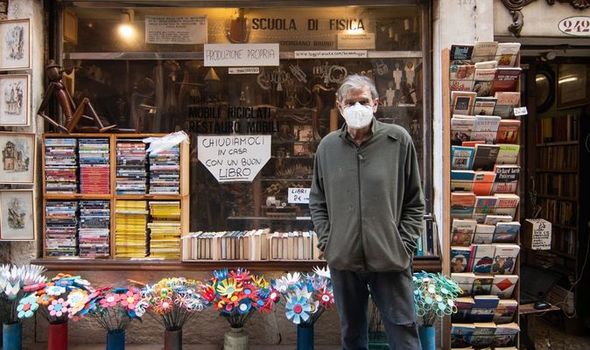 Within the 27-nation European Union, Italy’s debt ratio would remain second only to that of Greece, which is predicted to surge to nearly 200 percent of GDP this year.

In 2021, the Commission forecast the Italian debt would drop to 153.6 percent of GDP.

As Italy begins to ease one of Europe’s longest and strictest coronavirus lockdowns, the costs of the emergency restrictions are becoming clearer.

The Commission estimated the country’s deficit to jump to 11.1 percent this year, well beyond the EU’s three percent ceiling that has been suspended during the pandemic to allow necessary extra spending. 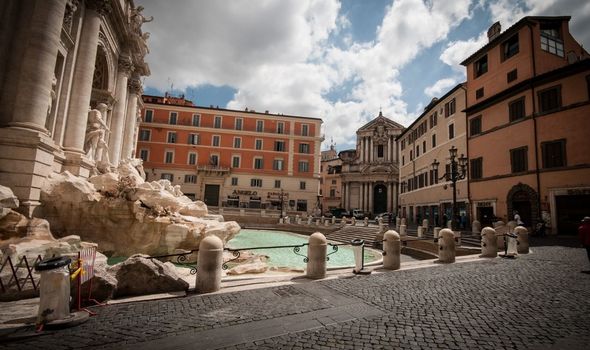 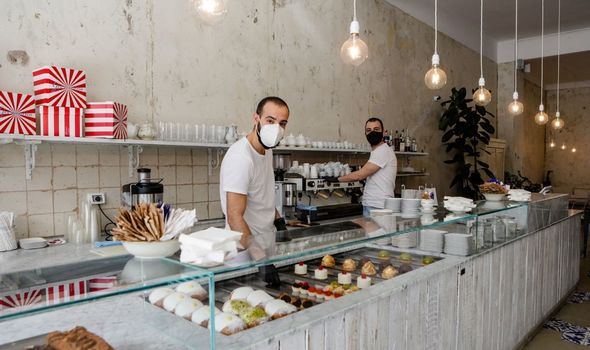 All 19 eurozone countries will breach the three percent limit this year but Italy’s fiscal gap was predicted to be the largest in the bloc, which on average will record an 8.5 percent deficit.

Italy’s record gap is due to higher spending, fewer revenues and a massive hit to its output this year, as factories and shops were shut for months while consumers stayed at home.

Only Greece is expected to see a worse recession than Italy’s with a predicted output slump of 9.7 percent.

Spain’s GDP is forecast to drop by 9.4 percent. The average fall in the eurozone is seen at 7.7 percent.

The Commission’s prediction is based on the forecast that Italy will begin growing again already in the second half of this year, offsetting a GDP drop of about 18 percent in the first six months of the year.

Prime Minister Giuseppe Conte said his coalition government would approve by the end of the week a 55 billion euro stimulus package to support the country, which has one of the highest COVID-19 death tolls in the world.

The ruling coalition already approved in March a 25 billion euro package to help the economy cope with the outbreak.

DON’T MISS
How does Italy count coronavirus deaths?[INSIGHT]
Italexit next? How Netherlands could push Italy out of EU [ANALYSIS]
EU on the brink: France and Germany sent brutal Italian warning[SPOTLIGHT] 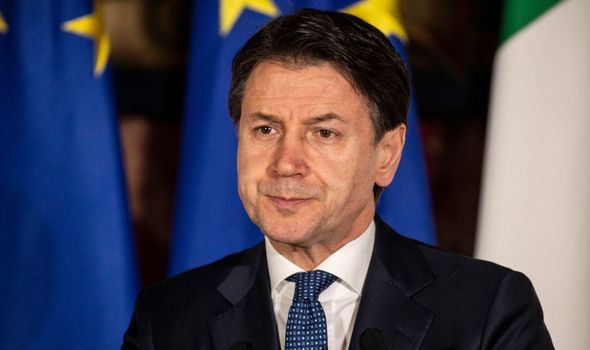 New measures will include tax breaks for renovations aimed at making homes more energy efficient, money for maintenance and public works to municipalities as well as a set of initiatives aimed at children for the summer months.

Mr Conte ruled out any plan to nationalise companies struggling after the coronavirus emergency but said the state could still take “a more active role” and directly finance firms in need.

He said citizens had showed great responsibility and respect for rules after the government eased a few of the restrictions it imposed nearly two months ago to contain the virus outbreak.

Mr Conte said: “This makes me hopeful that the epidemic’s curve will be kept under control.”